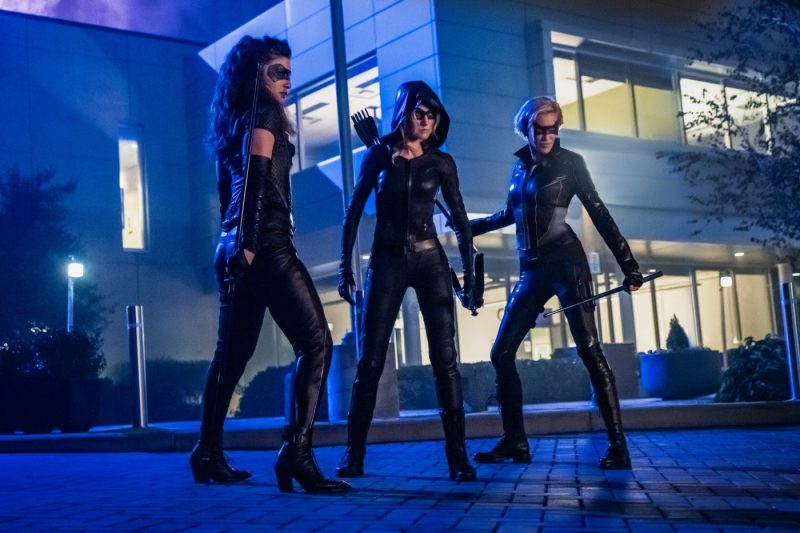 Following the events of the Crisis on Infinite Earths, we are taken back to the year 2040 with Mia, William, Zoe, Connor and John Jr. Starling City is peaceful, and the world still holds it memory for Oliver Queen as the Green Arrow who saved the world, but no one seems to remember the Crisis, not even Mia and the other members of the team.

Laurel has come to 2040 to on a mission to stop a disaster, and allow the timeline to change so that the future can be saved. She recruits the help of her former Team Arrow member Dinah Drake, who tells her that she awoke in 2040 with no idea of how she got there, but discovering that ‘Dinah Drake’ didn’t exist, she started a new life for herself.

Mia’s new life includes living at the Queen family mansion which we haven’t seen for some time, and becoming recently engaged to John Diggle Junior, who also has no memories of his former life which was one that opposed Mia and the other members of the team. So living the only life they’ve ever lived, they are happy until Laurel uses technology created by Cisco, which harnesses a similar psychological power to J’onn J’onzz, to give Mia all of her memories back from her life before the Crisis event, which proves to be too much for as she begins to struggle with the idea of living two alternate lives. 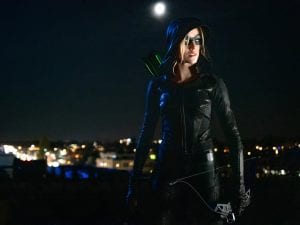 This episode is the unofficial pilot for the new spinoff show that uses the same title as the episode ‘Green Arrow & The Canaries’, which will see Mia Queen take on the mantle her father once used and become the Starling City Vigilante of the future, with help from Laurel Lance, Dinah Drake and presumably in later episodes, William, Zoe and possibly Connor but that’s yet to be seen.

This was a good start to that spinoff as it proved that Mia was a worthy successor to Oliver and more so, that Katherine McNamara was a worthy successor to Stephen Amell, as she proved to be strong, fearless, and badass when it really counted. However, I’m unsure as to whether others will feel the same. I have already read comments and predictions about the female lead spinoff being unsuccessful but I think that people need to be more open minded and give this a chance. Now I understand those prediction when you draw that thought coming from the writing end of production, because in truth, The CW has slipped down a slope in recent years with the quality of their writing for certain shows. One day you’ll get a well written episode with a great plot, the following episode however, seems to be lacking in that quality. So the network needs to find a steady pace and find a norm for their quality of work before trying to give us something so different to a product we already had mixed feelings for.

Arrow is well known for its brilliant first and second seasons, before being infamous for its loss of fans during the third and fourth seasons. This new show cannot allow such a loss to happen to it, because it will flop hard if the quality drops as drastically as Arrow’s did at that time. I have every bit of faith in the cast for this series, and personally I love seeing Katherine McNamara kick ass and overcome thugs twice her size, but if the quality in writing isn’t there I fear for her time as Green Arrow.

Overall though, this episode had a fairly good mix of drama, action, conflict and well written set ups for the future of the series with plenty of mystery to keep the fans out there interested. I sincerely hope that next weeks finale to one of my favourite shows of all time, does the series proud by really giving us something tear jerking and heartfelt, whilst still maintaining the action elements that we love to see in Arrow.