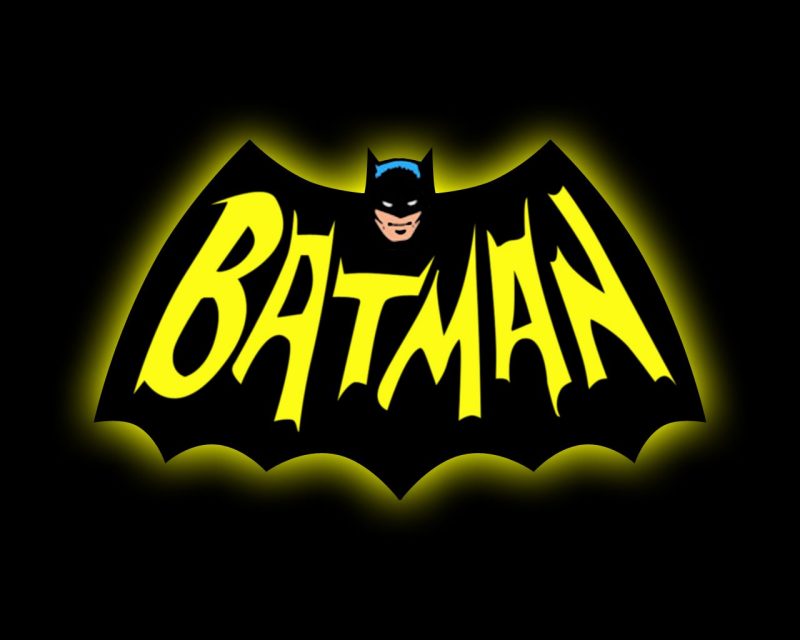 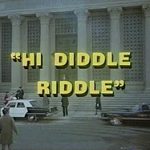 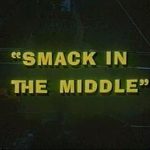 An explosion at a Moldavian gathering at the Gotham City World’s Fair. In the aftermath, a puzzle is left behind by The Riddler, which puts the wheels in motion for an investigation by the Dynamic Duo, Batman & Robin. Always willing to help out Commission Gordon, they set to task in finding the Prince of Puzzlers and put an end to his chicanery. But, The Riddler is one step ahead and tricks the Caped Crusaders in to thinking he’s committing a robbery with a handgun, which is actually a lighter. Claiming false arrest, The Riddler sets at suing Batman, serving a subpoena on him. In turn, this will mean that true identities would need to be revealed in court. Still believing that Riddle is up to something grander, they are led to a discotheque where Batman is drugged by Riddlers moll, Molly, while with help from his gang, Riddler kidnaps Robin. Robin appears to be in big danger as the episode ends.

Smack in the Middle

Batman is trying to find Robin after his kidnapping without success. The Riddler continues to hold Robin and the “danger” that Robin was in appears unfounded, for now, as Riddler fashions a mould of his face, to be worn by Molly and deceive Batman. Two more riddles are sent to Batman, enticing him to a chase in order to find and save “Robin”. He succeeds, but so does Molly in her quest to infiltrate the Batcave. Batman is aware of the deception and Molly tries to escape, without success and ultimately falling to her death in to the Batcave’s atomic reactor. Batman rescues Robin but Riddle escapes yet again. More riddles to solve to find Riddlers target – an ancient mammoth at the Moldavian pavilions, a priceless artefact. Bursting out of the mammoth, a fight ensues, Caped Crusaders victorious but Riddler in his attempts to escape, disappears, ready to plague Gotham another day. Gotham is at peace…

My own thoughts (SPOILERS to those who may be new to the show):

Hi Diddle Riddle is a great start to what becomes an iconic television show, which is still loved to this day. The writing is very good and some of the elements which become a staple of the series are there from the get go, most notably the cliffhanger ending to the first episode where we see one of the Dynamic Duo or both in jeopardy and the crooked camera angles that appear in scenes where we see the villains of the week. We also see how colourful the show is to be, colour tv was still pretty news so a show as vibrant as this was always going to be a hit; nothing like it had been seen on the box before. Following this, if anyone looks to introduce their self to this show, having only seen more recent Batman movies, will see such a contrast to the Dark Knight we see today. That’s not to say this two-parter doesn’t have its moments of darkness:

1 – When we are first introduced to Bruce Wayne, he is talking to his guests about the murder of his parents. From memory, I am sure this is the only time this is mentioned and it does give us an idea as to what makes Bruce / Batman tick.

2 – Frank Gorshin as The Riddler. Gorshin’s performance as the Prince of Puzzlers is one of genius. Fitting with the pop art styling of the show but with such an edge that you believe he is maniacal. It’s a performance that I believe would fit perfectly in the DC Universe today. Oh, and only spoilt by the turn from John Astin as Riddler, but more on that when we get there.

3 – The demise of Molly. Another moment that wouldn’t look out-of-place in today’s DCEU, Molly’s death in a show as bright as this always brings a lump to the throat when I watch it. She wanted to be saved, I believe, but couldn’t live with what she had done.

I love Batmans’ morals too, keeping Robin out of the discotheque due to his age, using the Bat-hook to ensure safety as Robin is out to throw a grill to the ground from high up and more. It gives the show an almost educational feel to it.

A cracking opening story to a series that is still has so much influence today; not just on the superhero genre itself but in everyday life. From the start, Adam West shows us how his Bruce Wayne / Batman will be. Very cool as Bruce Wayne and action packed as Batman.

Burt Ward as Dick Grayson / Robin doesn’t differ between the two characters as West does as he plays them both with such young vigour. He’s a teenager after all so the chance of adventure will always appeal and excite him. Here, he also plays Robin as he should but also as Robin who is actually Molly in disguise. Just little things ensure that he does that job well and we know how he’s playing the character.

As I mentioned Frank Gorshin is completely maniacal as The Riddler, bring a darker side to the episode. I’d love to see that influenced in future Bat-Movies. Jim Carrey was the closest we’ve had to this type of Riddler but still fell way short. Gorshin will always be my favourite ad in my opinion, the best (my apologies to Claire P for that).

Jill St John is excellent as Molly. From her introduction, thus ensuring Batman is incapacitated in the gangs’ task of stealing the Batmobile, but ultimately kidnapping Robin to the despair she has in coming to terms with her actions and, ultimately, falling to her death it’s a great turn.

Throw in Alan Napier as Alfred, Neil Hamilton as the wonderful Commissioner Gordon (I love how he comes up with all these nicknames for the villains – The Prince of Puzzlers here) and Stafford Repp as the, erm, incompetent(?) Chief O’Hara we have a fine cast who all play their part in a really good opening story. Don’t get me wrong, there may be issues going forward but it’ll always be a fun show. 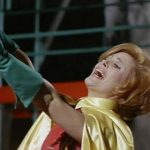 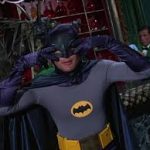 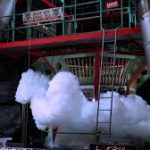 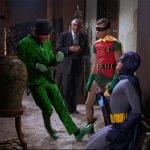 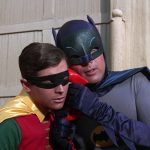 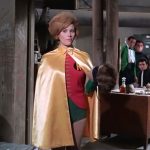 Max B – “The best bit is Batmans’ dance moves in the disco and the fact that he insists Robins stays outside as he is legally too young to be in the club.”

James S – The story was good, it is a plot that could be adapted into a modern-day movie or story line in a tv series easily.,Riddler had a good plan in getting molly to pretend to be robin. Something that the mission impossible films made a trade mark out of many years later.  I find it funny how light and chirpy Batman and Robin are but Riddler and Molly were genuinely trying to kill Batman. Frank Gorshin was very sinister and evil, gave a real dark element to a light-minded show. I like it how Batman and Robin run everywhere. The show really divides Batman and Bruce Wayne, when in the bat cave he is only ever Batman and when in the house only Bruce Wayne. The Bat Mobile is awesome. It amazes me how bright they made Gotham look when we are so used to seeing Gotham as a dark and gloomy place in modern-day films and TV.

And that’s it for the first part of the classic Batman TV Series Retrospective. It will probably evolve going forward but I hope you’ve enjoyed it.

Any comments / scores / what you like or don’t like about this two-part story are most welcome and will be added to the article.

And so, until the next…