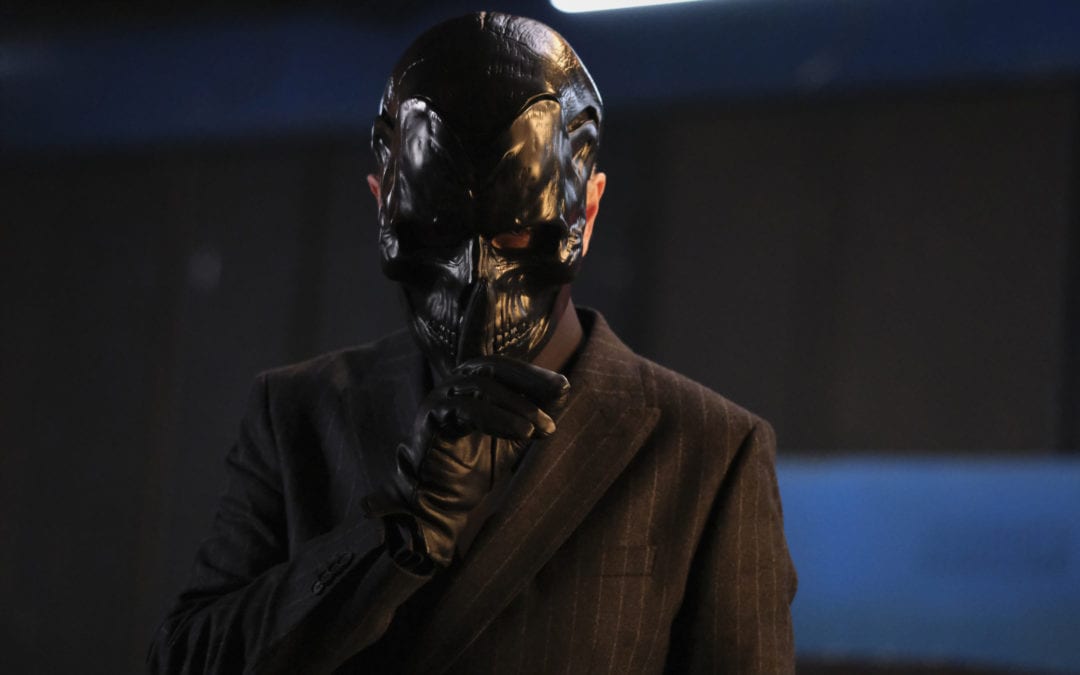 Off of the back of a superb episode last week it was always going to be tough to top it, but I think Batwoman definitely put on a very good show this week to continue a number of storylines. This week in Rule #1 we saw the return of crime group False Face Society, some relationships pushed to the limits and a lot of our star characters dealing with heartbreak. Lets get in to it!

The episode starts with Mary, Jacob, Luke, Julie and Sophie attending a funeral for Kate Kane. Ryan writes Kate a letter and plants the Desert Rose for her which saved her life in the last episode. Black Mask appears with Kate and tells her that her family have laid her to rest. 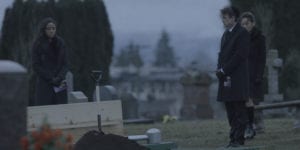 One month later a reporter asks Gotham City Police if they are working with Batwoman. They confirm that they are in order to stop the False Face Society selling the Snakebite drug in Gotham. A woman confronts Commissioner Forbes before he attends his budget meeting asking him to defund the police and put the money towards mental health and housing. Angelique shows up at Ryan’s place and declares that she wants them to be together and she is going to stop selling Snakebite, but Ryan is sceptical.

Commissioner Forbes gets shot by masked men when he leaves the budget meeting and a tag on the wall nearby leads Batwoman, Mary and Luke to find the tagger who was the woman who confronted Forbes earlier in the day, who turns out to be Jordan, the sister of Sophie. At the same time, Jordan reveals that she saw Forbes get killed to her sister Sophie. Some of the False Face Society try to kidnap Jordan but Sophie and Batwoman are able to stop them. Sophie reveals that the driver of the getaway car was a woman who had a bracelet on which Batwoman immediately knew belonged to Angelique.

Alice is having flashbacks and talks to a young Kate throughout the episode. Ryan confronts Angelique about her involvement with killing Commissioner Forbes during which she reveals that she knows Batwoman. Back at the Batcave Ryan tells Luke and Mary that Angelique was involved and they both order her to tell the police about Angelique’s involvement. Angelique calls Ryan to tell her she is ready to leave the False Face Society but by the time Ryan gets to her apartment she finds that Angelique has been taken.

With the help of Luke, Ryan tracks down her location but upon arriving is overpowered by the False Face Society. Black Mask reveals that his daughter was arrested by The Crows and killed by Batwoman. Just as it seems as though Black Mask is about to take out Batwoman, she is saved by Sophie and they also save Angelique. Angelique confesses to the murder of Forbes as she revealed that Black Mask would have killed Ryan if she hadn’t. Julia, who had been investigating the plane crash which had killed Kate notices some gaps in her memory following a call for further information. The episode ends with Black Mask bringing Enigma to see Kate.

A solid show this week and I think they did a great way of continuing the momentum from last weeks show. The return of the False Face Society was a nice addition and whilst they have been bubbling away in the background and causing chaos throughout Gotham, its great to see them and more importantly their leader Black Mask given the attention they deserve in this episode. We also got some background as to why Black Mask is doing what he is doing which circles back to the loss of his daughter at the hands of Batwoman and so I am interested to see how that plays out throughout the rest of the season.

The underlying story of Kate still being alive is solid but what they have been able to do is now push the fact that Ryan is very much the focal point of this season and in “burying” Kate have at least allowed for the main characters to not spend as much time focusing on her. I have really warmed to Ryan in a way in which I was never able to do with Ruby Rose and so I appreciate the fact that she is now quite clearly the main character on this show, albeit they will continue to run with the fact that Kate is still alive.

The only real disappointment for me this week was the lack of Alice, I mean we got her in a few scenes but nothing sufficient really. That said, I think though that given the push we saw given to the False Face Society it made sense as Alice does have the ability to sometimes overpower other villains on the show. I think this just continues to show just how much I love Rachel Skarsten in this show! 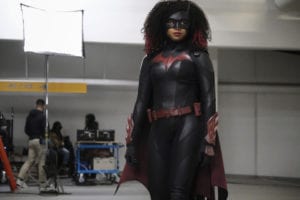 Now probably one of my highlights happened right at the end of the episode and that was the introduction of Enigma who is the latest villain we have been introduced to. So far we have had huge villains in the form of Safiyah and Black Mask along with the regular weekly dropped in villains and Enigma certainly seems like she will fall in to the camp of the big bad villains and I love it. She had been hinted at in previous episodes with Safiyah mentioning her if you remember and I cannot wait to see how she features in the show. Is she behind Julia having memory lapses? Will Black Mask use her to wipe the mind of Kate? There are so many possibilities with this character and its super exciting as a fan of this show to have her turn up at this stage.

All in all a very positive show this week as the series seems to have hit their stride now. I was worried that this week we would be dealing with the hangover of a fantastic episode last week and whilst this week was not as great as last weeks (to be honest it would be difficult to top last week), it was still a great episode and has taken us on another path for the show to continue to build on and I am very excited about that!