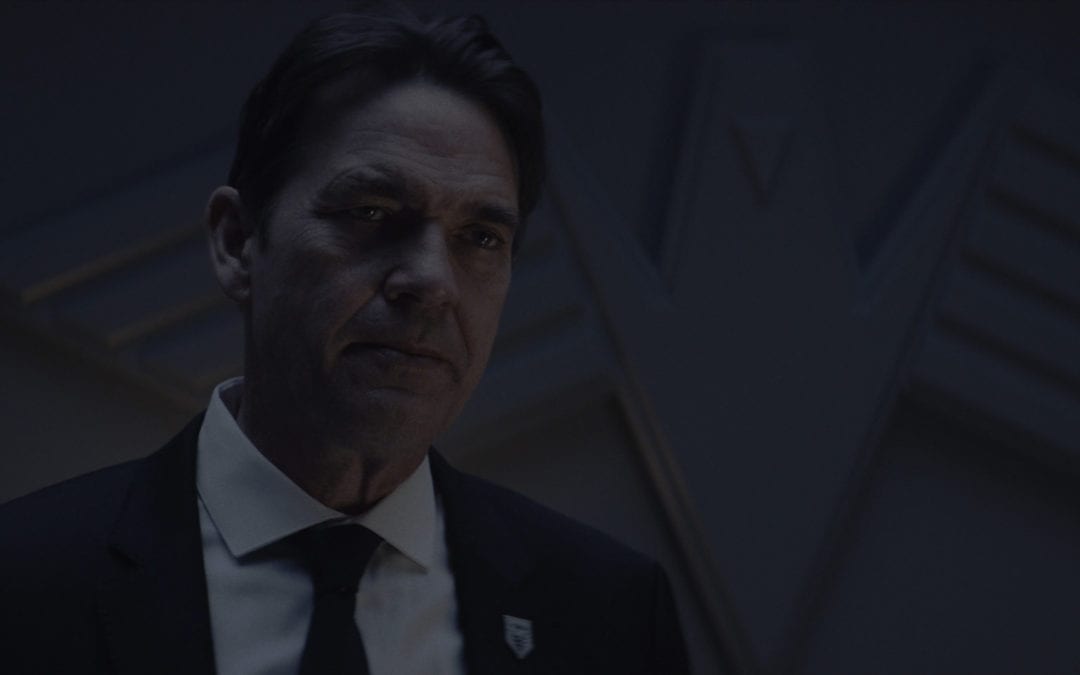 After a weeks break Batwoman was back with the tenth episode of season two and it was a very solid episode from the start. We got to see further development in the battle between Batwoman and the False Face Society who are headed up by Black Mask. Jacob was also a big highlight of this weeks episode which was very much needed and we got a deep insight in to what he has been dealing with. Here is a quick run through as to what happened in “Time Off For Good Behaviour”!

This weeks episode starts off jumping straight in to the action with Batwoman carrying out her third attack against the False Face Society in a hunt to track down the elusive Black Mask. Jacob is then hijacked in his car and awakes to find two needles plunged in to his arm. At an event hosted by Sophie’s sister Jordan, an intruder known as Kilovolt turns up and destroys the centre with a laser vault gun. Ryan, Mary & Luke believe that it may be linked to a reporter at the event who was asking inappropriate questions. 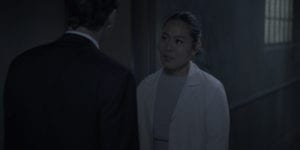 Julia is sent a message by Alice and meets up with her, asking her to help track down Enigma and in return she will leave Gotham forever. Ryan tracks down the reporter but whilst he is explaining his reasons behind following Kilovolt, the pair are attacked by Kilovolt who shoots them with the laser vault gun. Jacob meets with a Doctor to discuss his addiction to Snakebite, but the Doctor is Enigma in disguise who convinces him to focus on building a relationship with Alice, before Enigma attacks Julia and brainwashes her. Julia then requests a job transfer to Berlin.

Whilst Black Mask kills some deadwood within the False Face Society, one of the masked accomplices tells him that only two people remain who know how to make Snakebite, Ocean and Angelique. Ryan convinces Angelique to confess to who is behind the Black Mask and she is promptly released from prison but under protection. Whilst being transferred to a safe house, the car which is transporting Angelique is attacked and Angelique is abducted.

A jam packed episode again and a great return from a week break! Ryans focus on tracking down Black Mask is ramping up and the fact that this episode ended with the False Face Society abducting Angelique will only ramp up her hatred towards the group. I love that Black Mask is being cast in such a villainous role and its great that he hasn’t just been bought in as the villain of the week. They have definitely done a good job in keeping some villains stronger than others. I also loved Kilovolt this week who definitely served his purpose as villain of the week.

I really enjoyed just how physical Ryan was in this weeks episode which saw her kicking ass pretty much from the get go! We don’t always get to see her in action but we definitely can’t complain about that this week. The show has also continued to go a great job in showing her vulnerable side and this week we got to see her be rescued by none other than Luke who was also super busy in this weeks episode. 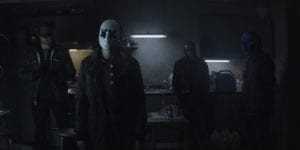 I absolutely loved the subtle hint by Luke about Aquaman which I may be reading in to more than anyone else but it seems as though anything can happen nowadays and I am all in on a Batwoman/Aquaman crossover. Could you imagine the reaction of Mary to seeing Arthur Curry. Ok now back to the serious stuff!

It was also nice to finally get to see some character development with Jacob who up until this stage has been one of my least favourite characters in the show. I mean becoming addicted to anything is usually the result of internal pain and suffering and lets just recap, he had one wife die in a car accident and another wife die by the daughter that he failed to rescue from captivity. Now thats a hell of a lot for anyone to take on and so whilst turning to drugs is never the answer, you can almost feel sympathetic for him which makes this storyline work so well.

All in all another great episode this week and it has continued to sow the seeds for further storyline enhancements in the coming weeks. I am excited to see what happens with Jacob and really feel as though there are many ways in which you can take his story now that we know he is an addict. Will Alice find out and use it to her advantage? Will he be able to repair his relationship with Mary? I am definitely intrigued to find out what happens as the season continues to plow forward!