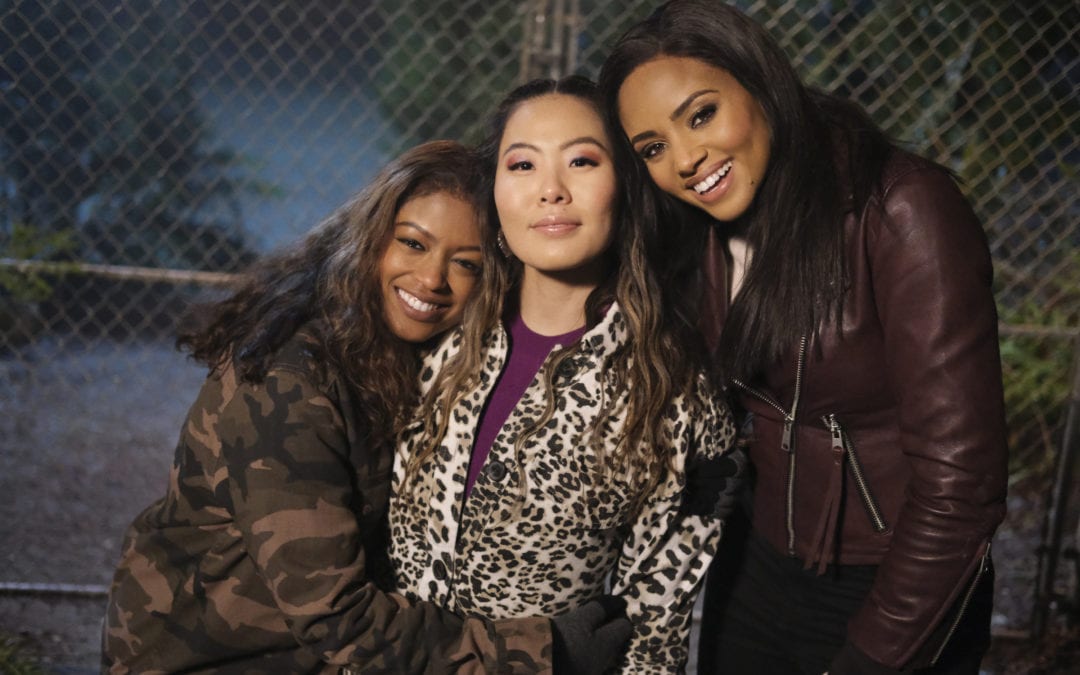 The penultimate episode of season two of Batwoman is in the books and it has definitely built some much needed anticipation heading in to the last episode of the series! After a lacklustre episode last week its fair to say they have bounced back in a very strong way this week and I really can’t wait for next weeks finale already! So lets run through what happened in episode thirteen “I’ll Give You A Clue.”

The episode started with a flashback in which Sophie locked away Arthur Brown, more commonly known to Comic Book fans as Cluemaster. Back to the present day and Ryan is close to tracking down Black Mask’s location only to be stopped by Agent Tavaroff of the Crows. Returning home frustrated, Ryan crashes Sophie and Mary’s dinner and ends up joining the pair to share some drinks in which they all reveal a lot of home truths. 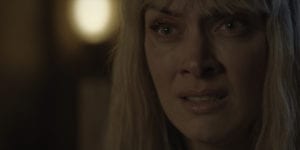 But Ryan soon uncovers that the drink that Sophie had been gifted wasn’t from her work colleagues but in fact from the Cluemaster who still has revenge on his mind for Sophie. The clue leads them to find Cluemaster’s daughter (Stephanie) locked in a glass box. The trio manage to get her out of the box but her body is covered with painted clues at which stage they bring in Luke to try and solve them.

With Luke working on the clues, Sophie, Ryan & Mary head to the studio where Cluemaster’s quiz show is set. The set is rigged and they find themselves trapped inside one of his games. Luke uncovers the clues on Stephanie but as he does she smashes him with a bottle and flees. She follows clues to her childhood home where her father is waiting for her and he then tries to kill the pair of them after finding out Stephanie had been the reason he ended up in prison.

Luke is able to follow the clue and rescues them both from the smoke filed car and the Cluemaster is arrested. Sophie gets the grapple gun from the Batcave and is able to give it to Ryan just in time for her to fly herself and Mary to safety as the bomb goes off on the quiz show set. Meanwhile, Alice who had been captured but the Black Mask Society works out who is under the Black Mask and promises to help make a mask for his daughter Circe. Whilst putting the mask on she can’t help but recognise the eyes of Circe and uncovers that it is in fact her sister Kate!

I really enjoyed Batwoman this week and thought that the show long storyline with Ryan, Sophie and Mary all working together was great. At times I haven’t always been the biggest fan of Sophie but she has definitely grown on me and I think its fair to say that she won me over this week. I loved her and Ryan forming bond even though it clearly pained both of them at the time, but with Mary as moderator there was no chance they wasn’t going to have to get along. Now that the elephant in the room is out of the way and Sophie knows that Ryan is the Batwoman hopefully this leads to the pair working more closely together for the greater good of Gotham.

Cluemaster was a great character this week and one of my favourite villains of the week we have had so far. It only took a few minutes at the start of the episode but its so important to build a character and give a background and they always do such a great job in that. Whilst the hardcore fans will know who Arthur Brown is, just by playing that short segment at the beginning of the episode painted the picture which would play out throughout the episode.

But perhaps the biggest moment in the episode was Alice finding out that Kate is alive. The problem is that Kate isn’t aware of who Alice is other than someone who her “father” has kidnapped. Will Alice be able to bring back Kate’s memories which were wiped? I would personally love to see the twins join forces but again its something we will have to wait to find out about!

Going in to the final we now have Ryan and Sophie working closely together, Mary fighting to try and save Jacob and Alice having just uncovered that her sister is very much alive and kicking. It certainly makes for an intriguing season finale and I cannot wait to see what happens next week!