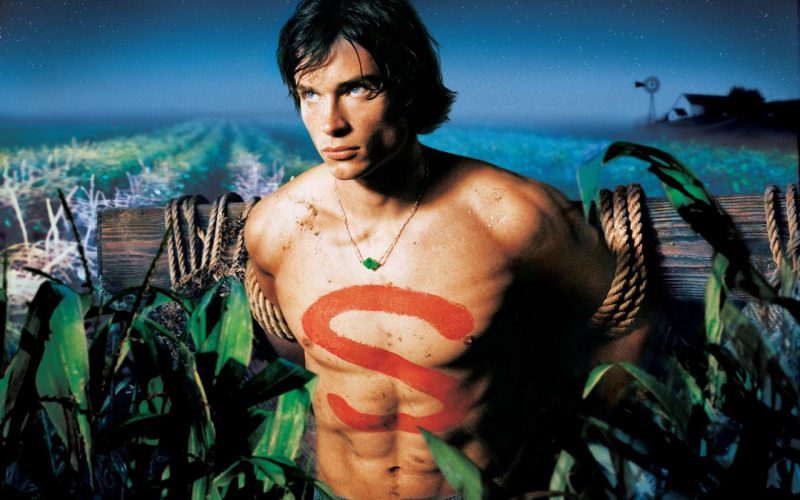 Somebody save me… Now it’s in your head too. That classic theme song to one of my favourite DC television series from the noughties, Smallville. Just as unforgettable as the theme song, is heart-throb Tom Welling, a.k.a Clark Kent, a.k.a Superman. Swoon. Tom Welling is my top pick for this month’s DC ‘Hall of Fame’.

What’s not to love about a young Clark Kent, who, like the rest us, went through typical teenage drama. Except with super-powers. If you’re not familiar with Smallville, then you need to watch all ten seasons. Right now. OK, maybe skip seasons 7 and 8 (what were they thinking)!

For those who aren’t familiar, or have forgotten, or just need a little trip down memory lane, here is a quick recap of Smallville through the years: A meteor shower hits the small town of Smallville, Kansas and from this we are graced with a young boy, who later becomes a young Clark Kent. The first few seasons heavily focus on Clark’s time at Smallville high, constantly saving the town from nasty villains infected by the green kryptonite, dealing with his on-again off-again relationship with Lana and delving deeper into his origins. From Season 5 onwards, we get to meet other members of the DC Universe, like Aquaman, Cyborg and The Green Arrow. Clark learns more about his origins and finally faces off with Lex in the Fortress of Solitude. Members of the Justice League also come into play helping to save the people of Metropolis. As the Smallville seasons come to an end, Clark finally starts to embrace his destiny as a superhero, bearing the iconic S-Shield on his chest. And let’s not forget a Season 10 ending that was just right. From a rooftop, Clark looks out at the world around him, queue slow-motion run as he rips open his shirt to reveal the iconic red and yellow family crest. There’s our Superman!

If you stuck around for the whole 10 seasons without skipping season 7 and/or 8, then I applaud you. You are the real hero.

So, where is Tom Welling now you ask? Well, after his iconic 10-season run on Smallville, Tom has landed a role in another television series (based off a comic book) Lucifer.

Vote in my noughties superhero, Tom Welling, as he is well deserving of a DC ‘Hall of Fame’ title.

To get your vote in for November’s Hall of Fame, go here, every vote counts for the final semi final of this 2017 series!