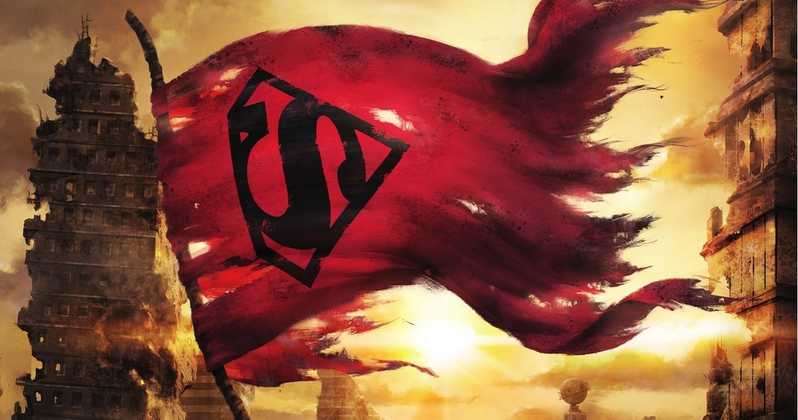 Freshly released on Blu Ray this week, The Death of Superman is the 32nd instalment of the DC Comics Animated Original Movies series and the 11th release of the shared continuity Animated Universe. Directed by Sam Liu and James Tucker, with the script duties being fulfilled by Peter J. Tomasi, a prolific comic book writer for DC, writing several main titles, such as Superman, Detective Comics and Batman & Robin. Featuring an all star cast of DC animated favourites, such as Jerry O’Connell (Superman), Rebecca Romijn (Lois Lane), Rosario Dawson (Wonder Woman), Nathan Fillion (Green Lantern) and Rainn Wilson (Lex Luthor), this animated film is a real treat for all DC Comics fans! 81 minutes of action, emotion, destruction and and character depth, it truly is a satisfying and engrossing watch from start to finish.

Based on the the 1992/1993 comic book arc of the same name, which to this day is one of the highest selling comic books of all time, this is not the first animated adaptation that DC have released. Back in 2007, the very first DC Animated movie was a much-truncated adaptation of the story, entitled Superman: Doomsday. Whilst it remains a very enjoyable watch, shoehorning in the entire comic book arc into a mere 75 minutes didn’t allow for much depth in the storytelling. Here, DC have wisely split the narrative into two parts, this being the first part with the second part, Reign of The Superman, due for release in early 2019. By doing this, the whole story can be told with an almost three hour running time, so that missing depth is very much in evidence here, coupled with much more sophisticated animation that provides an extremely satisfying viewing experience.

The first half of the film is a slow burning look at where Superman is currently at is his life. Lauded as a hero by the citizens of Metropolis and a key member of the Justice League, his personal life is currently in a state of flux. In his Clark Kent persona, he is now romantically involved with Lois Lane, yet she (somewhat inexplicably) is not aware that he is also the Man of Steel. Tensions are starting to appear in their relationship as Clark’s erratic behaviour due to his dual life is causing him to be a less than reliable boyfriend. Agonising over whether to reveal all to Lois, he even broaches the subject with his fellow leaguers, gauging their opinions on how to combine a crime-fighting career with a significant other.

Such affairs of the heart are soon put to one side once Doomsday makes his arrival. Coming to Earth via a boomtube, tied up onto an asteroid, it does not take long before he starts to cut a swathe of destruction, slaughtering Atlanteans, Grizzly Bears and innocent bystanders alike, with quite a liberal helping of gore for a 12 certificate release. Watching this, viewers can really get the sense that he is a killing machine. Indeed, at one point Martian Manhunter manages to telepathically dive into his mind, only to establish that he is a living weapon with zero empathy, designed to annihilate all before him. Prior to the inevitable smackdown with Superman, the entire Justice League attempt to take down the beast, only to each receive a severe and brutal beating for their trouble. Watch the below clip for this wonderful sequence as all of the JL’s most famous heavy hitters are all outmatched and have no answer against this unstoppable force.

This is a slight divergence from the original source material, as that certainly does not feature an A-list cast for Doomsday to cut down! In the original comic arc, his opponents are such luminaries as Booster Gold, Blue Beetle, Guy Gardner and the female duo of Fire & Ice. I must admit that I do like the decision to load the animated film up with all the main heroes, as it makes Doomsday seem like even more of an unkillable force if the combined might of Batman, Wonder Woman, Hawkman, Martian Manhunter, Aquaman, Green Lantern and The Flash still can’t do a thing to stop him.

From that point, all that remains is for Superman to face the beast, one on one. What follows on from this point has to be seen to be believed, as the two all powerful aliens beat each other senseless, in a duel that lasts several minutes of screen time. I think it is quite possibly the best animated fight scene that has been released in a DC animated film to date, it is vicious, violent and conveys a real sense of desperation on Superman’s part, as he throws the kitchen sink at Doomsday, only to see him keep coming back for more, seemingly suffering no ill effects. This is a stark contrast to Superman, who gets more bloodied and battered with each passing moment. The animation is excellent, providing great detail on both characters, including a real look of resignation on Superman’s face as he starts to realise that for the first time in his life, he is in a fight that he probably isn’t going to win, at least not without grave personal cost.

Without wishing to spoil the finer details, the title of the film should give an idea to all readers as to how it all ends, but do watch the ending for a heart wrenching end to the fight, as Clark and Lois have one final moment together that ties into an exchange between them earlier in the film. After the inevitable demise of Supes and several images that do remind me of the final few minutes of Snyder’s Batman v Superman (see if you can spot them), the film is wrapped up. Warning – stick it out to the very end of the credits, as there are multiple scenes throughout that set up the sequel. I don’t wish to spoil them for anybody that hasn’t read the comics and doesn’t know what is coming next, but we do certainly get a taste of the forthcoming Supermen, all four of them…..

Overall, this is one of the very best DC Animated Movies to date. Despite taking some liberties with the source material, it really gets to the heart of Superman, spending it’s time building up his character and motivations before the inevitable carnage of the film’s final act. I cannot recommend it enough, go and watch it now!! What are you waiting for….