An interview with Wallis Day from Krypton 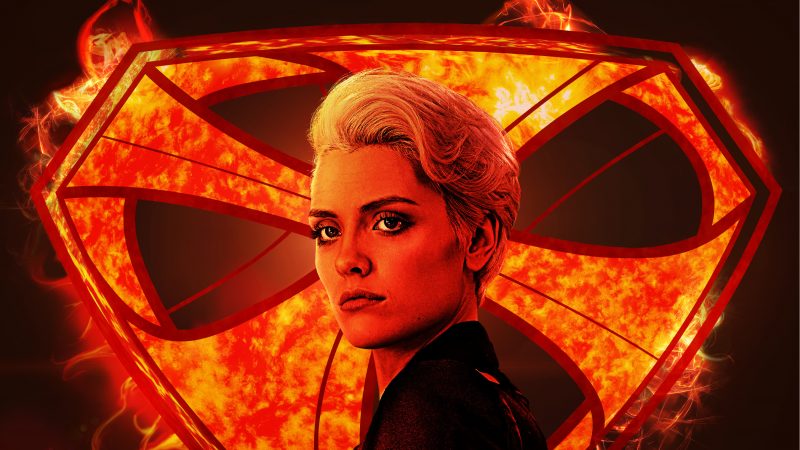 An interview with Wallis Day from the Krypton TV Show.

When I contacted the PR team of Krypton star Wallis Day for an interview little did I know the reply was going to be a yes and Wallis was excited to answer some questions that we sent over recently for DC World.

If you do not know Wallis Day then you should do and her latest acting role is playing the very sexy but mysterious Nyssa Vex in the Superman TV Show called Krypton which follows a time set well before the birth of Superman and is a must for all comic book fans especially fans of Superman and the lore.

Hi Wallis and thank you for taking the time to chat with us at DC World.

Now we are massive Krypton Fans and wanted to ask a few questions on your career and what led up to starring on this incredible TV show.

You started your career starring in TV and then, at the age of 19, you got a movie break in “Between Two Worlds”. What was it like getting the part of Lucy in the movie and was it life changing for you?

Between Two world was my first ever film so it allowed me to get my foot in the door for other projects, I also met some great friends on that set I’m still close with now. And it was my first ever movie screening, my parents were very proud!

You are also a model – do you love modelling or acting more and what have been the highlights for you?

You play the l character Nyssa Vex on KRYPTON – did you know much on the superman mythology before getting the part and has this been a learning curve?

It’s honestly been a great learning curve, I knew bits here and there because my younger brother was into comics but I had no idea how immense the universe was until Warner Bros. just kinda dumped a load of comic books in my trailer and I was like, “erm Ok, better get reading!”

Krypton has many beautiful sets and I imagine a lot of green screen is used too. What is it like acting on such great sets and have there been any funny moments on set you can share with us?

The majority of the sets are actually built, so its incredibly easy to lose yourself in the moment and act in such a marvellous environment, but also cool when you’re in front of a green screen because you never know quite what it’s gonna look like until you see the final version.

So many funny moments on set, even though we’re a really hard working cast we’re quite naughty, so I would say the pranks were the funniest things.

Your character Nyssa is very mysterious – it’s hard to tell if she’s good or bad. Does Nyssa-Vex have hidden agendas and can you tell us what is she hiding?

Nyssa is mysterious even to me, I haven’t been told much about her or her history so it was even fascinating for me to watch her grow because I would genuinely have no idea what was coming up next, and now in hindsight I think it’s a great thing the writers and producers didn’t reveal too much about her storyline to me beforehand because it mean I could play the scenes really honest and genuinely without pre-anticipating the final outcome.

Cameron Cuffe plays Seg El, Superman’s great grandfather and your characters are in a sort of love triangle involving Georgina Campbell’s character, Lyta Zod. Can you tell us more on what your relationship with each other?

I think Nyssa hates to amid it but she definitely has a soft spot for Seg that she never expected to develop.

Well that’s it from us and may I say a massive thank you to Wallis Day for the time answering our questions and we will look forward to the return of Nyssa in Krypton season 2 coming in 2019 and wish Wallis all the very best for her future career.

Krypton season one is airing in the UK now on E4 Sunday’s at 9pm.