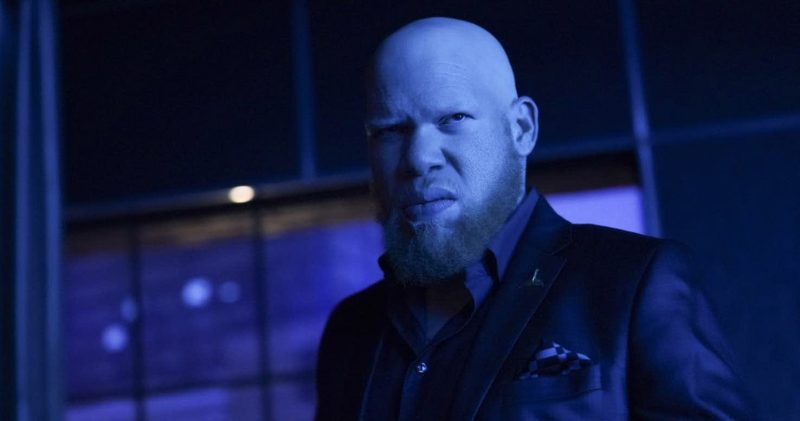 This week Black Lightning continued it’s ‘Book of Consequences’, with the third episode of season 2.  This week’s episode was crammed with action and storyline line development, so there are a few things to cover.

Change is nigh at Garfield High, and it comes in the form of Mr.Lowry, or as he insists on being called, Principal Lowry. On his first day at the school he has already had metal detectors fitted at the school, which is a totally different way of managing the school to what the children are used to after Jefferson’s reign as Principal.

The former Media & Film studies student in me sees this as a representation of what is currently going on in America, white accusing black people of being criminals without any proof.  The school is predominantly black students and with a white principal doing this straight away, wouldn’t anybody take it the same way?

We have already had mention in the previous episode, Jefferson believes that nobody can understand the students the same way he can because he has the same origins, Principle Lowry most definitely doesn’t.

With Jefferson staying on at the school as a teacher, it will be interesting to see how he deals with somebody who seems like they could be a bit of a problem to come for Black Lightning.

All I need is the Jace of Spades

Meanwhile, the pod kids are being put at major risk, as Lynn is forced to go against her own judgement and hire a criminal scientist, named Dr.Jace.  She is told that she can’t leave the lab, and if she does anything that may risk the kids health, or break the law, shell get sent straight back to prison.

It will be interesting to see how Jace and Lynn’s relationship develops over the coming episodes, I have a feeling Jace may well end up becoming an unlikely hero in a scenario in the future – but i’m sure we will find out very soon.

Fishing for a Whale

The Police finally have a breakthrough as they finally arrest Tobias Whale, in an arrest that seems far too easy, considering his strengths.  I expect this to have more to it, Den of Geek, make a good point in their review of the episode, stating that perhaps Whale wants to get arrested to be able to set himself on the straight and narrow as there is now nobody left to testify against him.

That said, his relationship with Khalil begun to get rather frosty in this episode, and there is the possibility there that he will be the one to throw Whale’s plans sideways if what Den of Geek suggest ends up being the case.

In this episode Jen has been trying to control her powers, so that her parents will allow her to start living a normal life again – but it seems she might have been going the wrong way about it.

Her parents set up a meeting for her with a therapist named Perenna, who has powers herself.  She seems to transport herself into the minds of her clients, which is pretty cool in itself.

She takes Jen to her ideal, to a place she feels safe to enable her to start opening up, and starts to show her how she can control things by putting her feelings inside a box.

The development of Jen in this episode is finally positive, and she is really starting to work towards controlling this now.

These were the main talking points from this weeks episode.  How did you feel about it, and are you enjoying it so far?  Let us know either below, or on Twitter @_DCWorld.