Black Lightning : The Book of Secrets : Chapter One – Prodigal Son 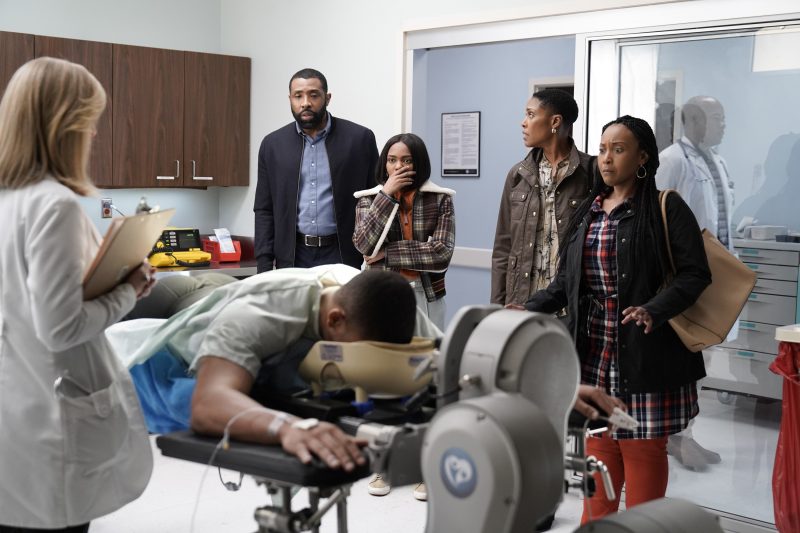 The Book of Secrets: Chapter One: Prodigal Son

Wow well, where can I start with this This episode was so powerful as we are faced with the consequences of power. Tobias wWale is quite the evil character but after ripping out Khalil’s spine, he really left him to suffer and his family too. To be honest, I can’t believe Kahlil dies; he dies from complications from having his spine ripped out. I felt that this episode was emotional in particular as we have seen the two families bond and unite together for Khalil and Jennifer’s pure love.

I feel that losing Kahlil is such a shame as I feel he would have been a great asset to the Pearce family. However, now that Tobias has taken that away how will Jennifer act? Wil her grief and powers mix together and create a monster? As Khalil passes away, Jennifer takes him into her own mind and they are able to go to prom together, they look amazing and they declare their love for each other. This is such a lovely moment as it declares their love for one another and how far they have become as a couple, strong. As they part from a loving kiss the sound of the hospital heart rate machine is heard and as Jennifer and Kahlil’s mother rubs his back, he passes away peacefully. For me, although this was difficult to watch as he and Jennifer are so nice to watch, this scene did them justice as it reflected their passion for one another.

Before Jennifer spoke to Khalil, Kahlil spoke with Jefferson and he made him promise that he makes Tobias suffer for what he has done to him and everyone affected. Will Jefferson keep this promise or will he stick to his guns and capture Tobias and out him through the justice system? After losing reverend holt also, I feel that Jefferson may be challenged here and after all Tobias cannot be released with or be remorseful at all.

Jefferson trusts Henderson with everything going on so he introduces him to Gambi and the lair .Whilst the pierce family stay at the hospital, Gambi and Henderson come up with a plan to find out more information on Tobias home. This is so exciting to see Henderson, Gambi and Jefferson as a team as it feels very much like James bond, as we know we are in for a treat, seeing the technology that they will use, as well as good old fashioned fighting! By using a special camera attached to Henderson, he pays Tobias a visit that is completely unaware of what happening; Gambi is able to locate a safe in one of the corner of the room. He is able to get the make and model of safe, which allows him to see if the MOD briefcase lies within. Its gutting news as it’s not in there; however it’s not a waste mission as they have been able to see inside Tobias home.

Dr Jace makes another return, but this time from the help of Todd! Oh yes poor Todd doesn’t know what’s in store for him if he changes his mind with the idea of justice. It turned out that Tobias and Dr Jace go back a while and already have had dealings together. It was Dr Jace that created the anti-ageing serum that Tobias used. With a new team now formed, Tobias, Todd Jace and cutter they head to the ASA’s pod facility where they plan on adding a new member of staff, metas.

Tobias is certainly feeling powerful and his reign may just continue to hurt.