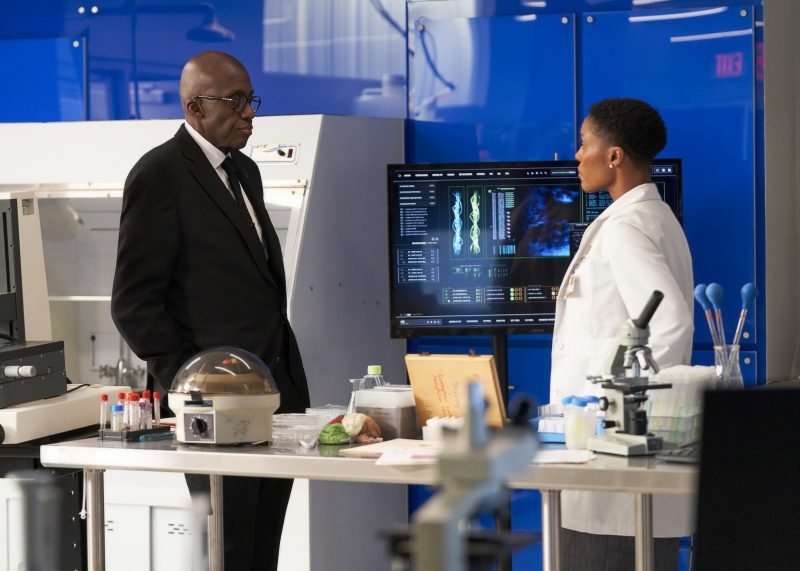 After the death of Khalil this episode promises to deliver. It’s centred on loss, something that I think everybody can relate too in their lives. The experience of anger, pain and suffering and we now see Jennifer experience all of this at such a young age. The episode starts with Lynn and Anissa talking about Jennifer’s on a car park, when suddenly a black car drives violently next to them and shots are fired! Anissa is hit and the shooters try to kidnap Lynn. However agent Odell is near and he prevents this happening, thankfully Anissa held her breath and stopped the bullet from penetrating. It’s a bit weird that agent Odell just happened to be nearby when the attack happened and Gambi points out that he must have been following them both for a reason. Later Lynn confront agent Odell and he tells her that she did a good job with the pod kids but he is uncomfortable about her secrets.is he starting to become suspicious of her activities away from work?

Although focus is on Jennifer with Khalil’s funeral, we also see Anissa character take quite a wobble. With her recent robin hood antics, she back to it again and after seeing a patient who received nasty injuries from her boyfriend, who happens to be a part of the 100, the clinics policy is to look away. Therefore Anissa takes matters into her on hands. Later that day, she tracks him down and suited up in her black bird costume she attacks him and makes sure he doesn’t attack any other women again! Although this was great to watch it makes me feel that she is becoming more reckless and losing control slightly. Her anger took over and for a second she let in a few injuries to herself, is this continues how will it be before she gets seriously hurt? Whilst she recovers at Gambi’s, she does admit that she has over done it recently but with everything going on who can blame her, however safety must come first s this family is going through tragedy already.

We also see grace continue to hide her transforming skin, what power does she have? Weill Anissa ever found out and could they team up? I hope we get to see more of this relationship as I think Anissa now needs her more than ever.

With Anissa’s help, she gives money to the church to pay for Khalil’s funeral as his mother couldn’t afford to bury him/ with the funeral planned the pierce family unite together at the cemetery to pay their respects an lay Kahlil to rest. Jennifer refuses to get out of the car as she knows what she must face, that Khalil is no longer a reality that she doesn’t want to get used too, However Jefferson pitches a great family talk which bring them together and gives Jennifer strength to get through it. Jennifer approaches Khalil’s mother and comforts her, uniting together for Khalil. After he is lowered into the plot, Jennifer is alone with him basically saying she loves him loads and she will go after Tobias in hi memory.

What’s next for Jennifer and her mission and what will the pierce family have to face next? I just can’t wait and I think Black Lightning is arguably the best super hero show in a long time.