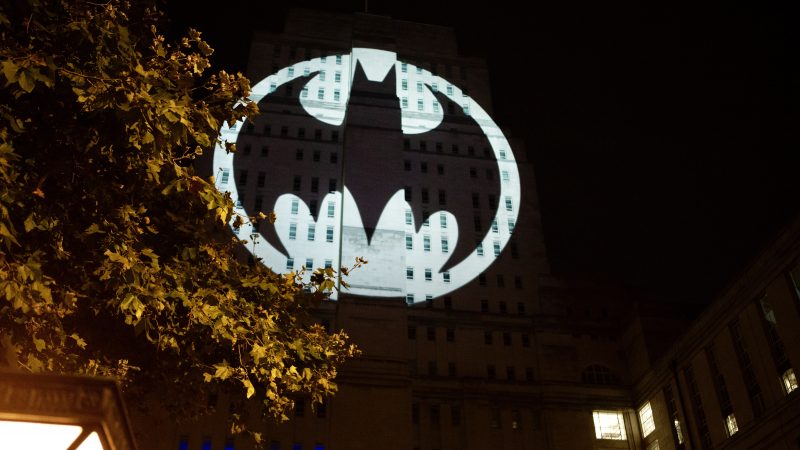 Batman turned 80 years old on Saturday the 21st September 2019 and to celebrate there were many events held around the globe. The Bat Signal was lighting up the skies and buildings from London, Paris, Mexico, L.A and more. Fun runs were happening, concerts and fans took part in the thousands.

Our very own Team members Alex Knight and Erin Durcan were also taking part in the celebrations and reported from the locations.

Alex attended the London Bat Signal lighting up Senate House London and took some great photos and videos below. He was amazed by the thousands of people who attended every location, the young and older generations as everyone wanted to get to to see the dark Knights Symbol shine in the cities and their reactions were pure amazement and joy he said.

Erin lives in L.A and took part in a 5K Batman fun run and took some pics and also received an amazing medal at the end to celebrate her victory, and she fully deserved this as she has just got out of hospital with a broken arm and is still recovering from this injury. Way to go Erin you did yourself and DC World proud.

Congratulations to everyone who took part too.