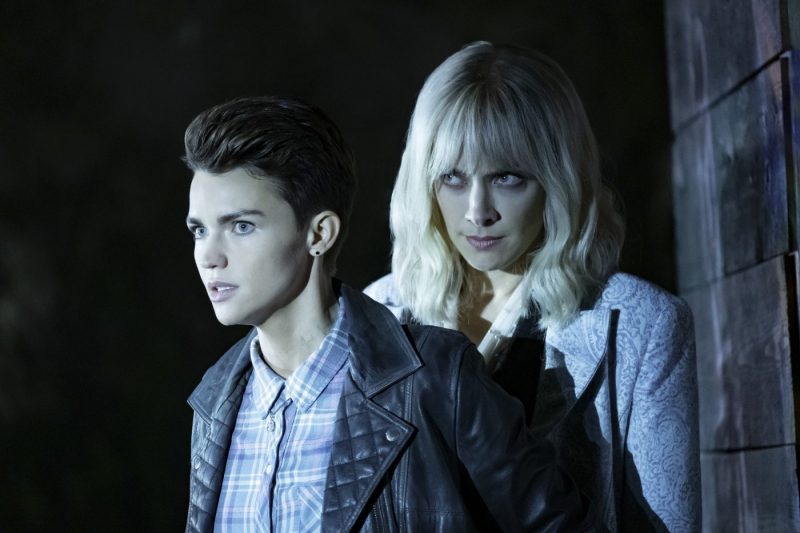 After such a strong debut it was always going to be hard to follow that up in episode two and whilst it wasn’t able to hit the highs of the season debut it did do a good job in continuing the storyline. Much of Batwoman Episode two was focused on Kate Kane (played by Ruby Rose) trying to prove the fact to her Dad that Alice (played by Rachel Skarsten) is in fact her twin sister Beth who they had been looking for, for the last fifteen years.

We get to see Kane and Alice face to face and whilst that was visually impressive with the backdrop of an old hangout spot, it also raised the question as to whether or not we are being fed too much too soon? I think there could of been a bit more of a build to this and with the right storyline could of made this moment feel even bigger and better than rolling it out in episode two of the series.

But that aside, the highlight of the episode for me once again was Alice who just after two episodes is a clear stand-out. Her uniqueness which she brings to the show makes her such a star that its hard to think of what the show would be like without her. Her range of emotions and dialogue is incredible and she continues to draw the audience in to everything that comes out of her mouth, be it good or bad.

We also get to see more of former Crow agent, Chuck Dodgson (played by Brendon Sub) in this episode and we see the relationship he has with Alice highlighted throughout the episode. Dodgson is clearly at the behest of Alice and as such is being used by her to carry out her handiwork as the leader of the Wonderland Gang. Whilst Alice is clearly the main focus from the villains side, it is definitely going to be interesting to see how the series brings us some more villainous characters.

I was slightly disappointed that we didn’t get to see more interaction between Kane and Luke Fox (played by Camrus Johnson) in this episode as I really enjoyed their pairing in episode one. The little we did see between the two played up on them trying to take on the monumental task of Bruce Wayne and Lucius Fox (Luke’s father) which was a good touch and something which will be good to see developing throughout the series.

This weeks episode was a bit of a filler without too much action happening, albeit I appreciate that its a marathon and not a sprint with TV seasons. One thing I would like to see in future episodes is Kate Kane portraying a range of emotions, as two shows in all she has really portrayed is an angry, me against the World role. Whilst I understand that Batwoman should be a strong empowered woman, the flashbacks have given us a glimpse in to what Kate was like as a child and so bringing some of that out in the presence day would certainly make her more relatable to the audience.