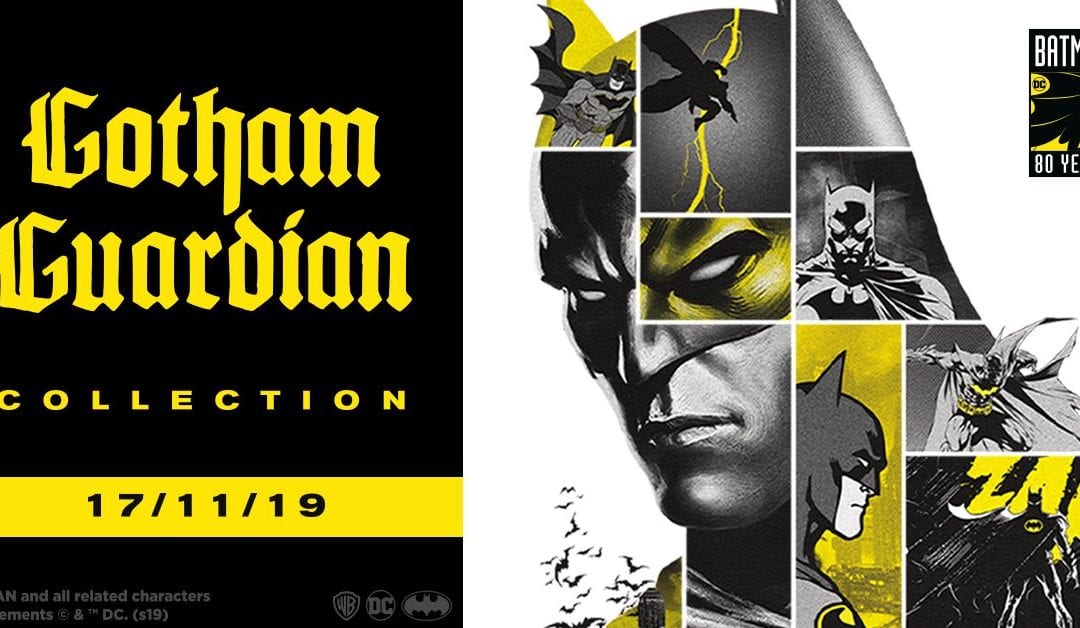 On Monday 25th November, I was given the chance to attend a special event hosted by Zavvi, at the King Street Townhouse in Manchester, to celebrate the release of the new Gotham Guardian range of clothing, available now on the Zavvi Website. This event included a preview of the range, some food and cocktails, and a screening of Tim Burton’s Batman ‘89 film starring Michael Keaton in the titular role.

When I arrived at the venue around 7pm (GMT), we were led downstairs to a smaller bar area, which sat adjacent to a screening room that had very comfortable seating, but before we headed into that room, we were stood in the bar area mingling and awaiting cocktails and food, before the introduction to the event started. The venue provided us with beautifully mouthwatering food that included mini homemade burgers, delicious fries and some pizza with just a little spice to it. These delicious eats were washed down beautifully with a cocktail that sadly I cannot tell you the name of or what was in it because I simply do not know. All I know about them is that they were delicious, and contained a mint leaf at the bottom and a blueberry on top. 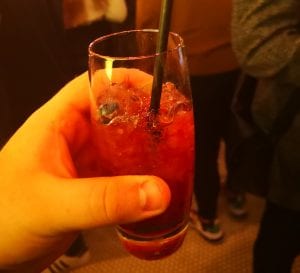 Next to the bar stood a television that promoted the Gotham Guardian range with promotional photos, but next to the television stood a railing filled with many if not all of the tops available in the range. Looking through, the designs were very simple, but not in a bad way, because by simple I mean very smart looking because the fronts of the tops showed small designs, with the larger and bolder designs being printed onto the back of the top. The designs come in a variety of colours as well which means there’s plenty to choose from and there are so many great designs that not only include Batman but of course the Joker, that you will be spoilt for choice.

At around 7:20 we entered the screening room and sat ourselves in the comfy seats, which not only had a small table attached to it, but upon the table sat some small buckets of complimentary popcorn, but also some complimentary sweets as well.

We sat down and listened to a small introduction from the Zavvi team, who told us we were just about ready to watch the film, but before they started the film, Emily held a small quiz for the guests of the event in which we had the opportunity to test our Batman knowledge to win prizes unrelated to Batman. Some of the questions were as simple as “Which District Attorney becomes the villain Two-Face?” whilst others proved somewhat more difficult, not because they were necessarily hard questions but because they’re the type of questions that people like myself, struggle to remember the answer to when put on the spot such as the names of both creators of the Batman character, and whilst I’m sure everyone in the room remember Bob Kane as a primary answer, I think the majority of us let Bill Fingers name slip our minds when put under the pressure of being asked. This quiz was a nice little addition to the night and I was able to come home with a Ghostbusters Logo plush that when squeezed, sings the Ghostbusters theme song.

After the film had finished we had a short break before returning to our seats for the Q&A with the designers of the Gotham Guardian range. Strangely enough, after watching Batman ‘89 again, all I could think about was how many people Batman kills in that movie, and yet it’s a classic to many Batman fans. The Q&A consisted of Emily asking designers questions about their favourite Batman portrayals, and why they believe the character is so iconic after 80 years. It was interesting to hear what the designers had to say about the many different portrayals and the impact Batman has had on their lives etc. and as the night came to an end, I came out feeling like I had a new sense of Batman’s impact on other people rather than just myself and the people I know closest to me.

Overall, the evening was a fantastic experience and the hosts were incredible at their jobs, providing information, entertainment and generosity to their guests, by sharing their awesome work, and giving us a chance to win prizes, but instead of just picking the same people to answer questions, the hosts tried their best to give everyone a chance at winning a prize, though it seemed that not many of the guests were willing to participate which was somewhat the only issue I had with the entire night, but that’s nothing to do with Zavvi, so it’s not important.

As a guest to this event, I received a goody bag of gifts which included a poster, a Gotham Guardian bag and a t-shirt from the new range. 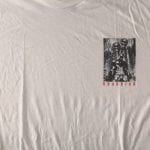 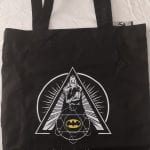 Call Forth The Dark Knight – Bag 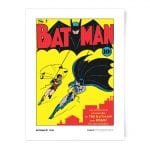 A poster of the classic Batman #1

Thank you once again to DC World and Zavvi for this amazing opportunity. The Gotham Guardian range is available now on the Zavvi website, so go check it out and treat yourself or a loved one to the incredible range of Gotham goodness!

You can browse the range here: https://www.zavvi.com/gotham-guardian-collection.list