Legends of Tomorrow: ‘The Great British Fake Off’ Review 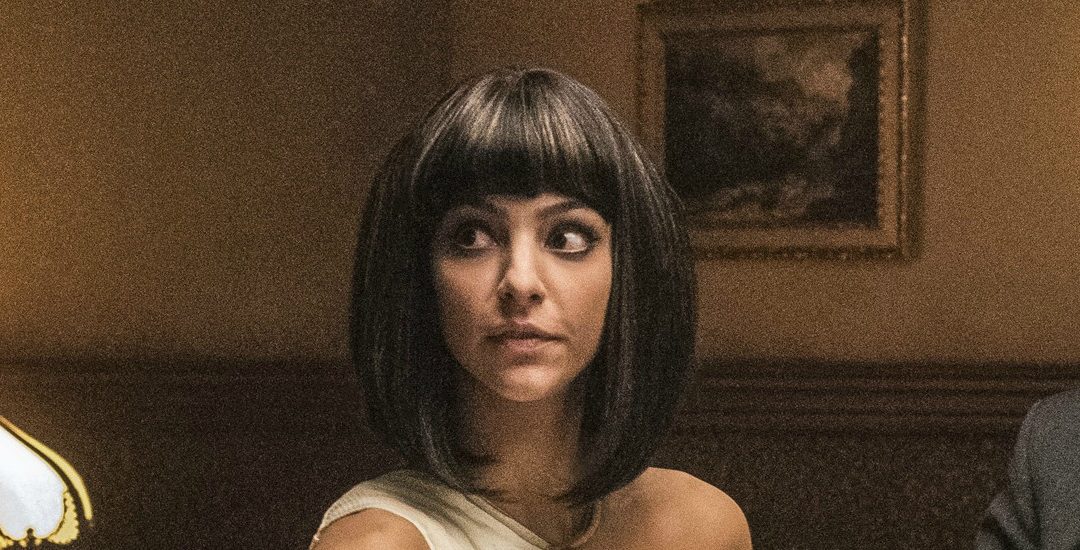 Legends of Tomorrow: ‘The Great British Fake Off‘ Review.

With Sara recuperating from her latest battle, Charlie starts to notice something might not be right with her. Still searching for the Loom, Constantine and Zari find themselves trapped in a 1910 boarding house with a slew of out-of-time Encores. Meanwhile, Ava, Gary and Rory take a trip while Nate and Charlie hold down the Waverider

Can you believe there are only 5 episodes left of this season of Legends of Tomorrow?  Nope, me either.  We now have 2 of the 3 ‘Fate’ sisters back in action and they are pretty determined (to say the least) of acquiring the ‘Loom Of Fate’.  And why wouldn’t they?  Being Gods an’ all.  However, the Legends found the final piece, a ring.  That’s all well and good of course but with 5 episodes to go I’m expecting that Atropos and Lachesis are likely to gain the upper hand, making things, extremely, difficult.

This episode though, it was all about Constantine and Zari as they searched for said ring.  This follows a story from Charlie (or Clotho if you want to go by her real name, which I don’t).  She tells of an encounter in the past with ‘The Enchantress’.  Nice to see this character pop up and played very well by Samantha Lian Cole.  Constantine and Zari end up in around 1910 after a spell that the former is carrying out goes awry following Sara passing out and others assisting her.

Anyway, 1910 is the time for the main plot of the episode.  They find themselves at a boarding house, ran by a lovely (although a little firm) lady called Mrs Hughes.  She’s hosting a dinner party that evening, 8pm sharp of course.  John and Zari are not the only guests there as one by one a number of encores are sent to the boarding house.  The encores arriving are some of the baddest in history, Jack the Ripper, Bonnie and Clyde, Henry VIII, Brutus and Black Caesar.  Jack the Ripper had arrived earlier and Constantine had put him out of action, for a while at least.  This, along with knowing that the encores would be there for him and Zari, meant that he could pretend that he was the killer from Victorian England.  Doing his thing rather well, trying to sub Zari in the process (Zari is hell bent on enuring that Constantine does everything in his power to bring Behrad back from the dead as she blames him for his death).  However, it was Zari who made the biggest impression with her own undercover character, Cleopatra and joining the dinner.

Unfortunately, their cove r does ultimately get blown, but not after Bonnie and Clyde take things in to their own hand killing of some of the encores.  Battles ensue and I’m sure we will all know how it works out.

Elsewhere, Sara is out of commission and Ava acts up as captain.  Herself, Gary and Mick make their way to hell to speak to Astra.  They want answers and rightly so.  Not before being taken captive of course as Astra double crosses them in the first instance.  Astra is also offered to become the final sister, and be a god on the process.  What happens next I won’t spoil but it certainly surprised me and the ramifications could be massive.

Speaking of Sara, it’ll be interesting to see what happens going forward, especially after her ‘meeting’ with Atropos.

Legends of Tomorrow: ‘The Great British Fake Off’ was another high quality episode, something I have come to expect on a regular basis.  I know you’ll be bored of reading this but it is far and away the best of the CW shows right now.

Constantine and Zari relationship could be interesting going forward.  Matt Ryan and Tala Ashe shared some good chemistry on scene and the characters worked very well as a team.

The Enchantress – what a great addition to the show and more comic book accurate than the Suicide Squad version.

Speaking of comic book accuracy, Zari as Cleopatra was also a plus point which was great to see.

Top stuff and the next few episodes are certainly going to be interesting to say the least.

Thanks for reading, please let us know what you thought of the The Great British Fake Off below.