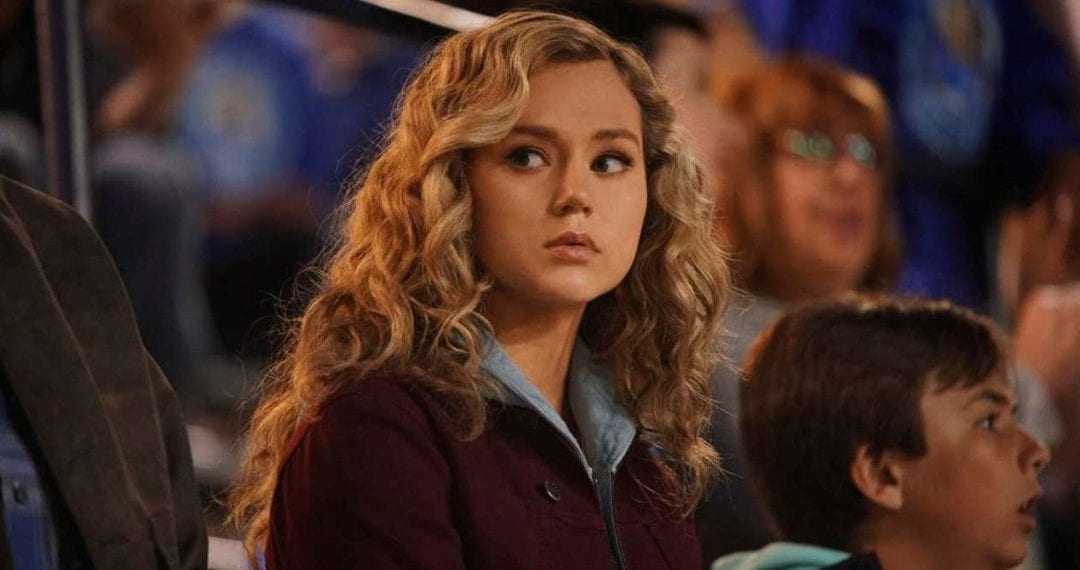 Arise Sir Justin! Just when you think this show can’t get pull out any more deep cuts, “Shiv Part One” pulls out another proverbial rabbit from the hat. Remember the school janitor with the curious British accent? Well, let’s just say his comic book lineage goes back a long way, to the golden age in fact. Without wishing to get too spoilerific in this review, all I can say is that for fans of DC Comics history and lore, this character should hit the spot. With a history that ties into the past machinations of Cindy’s evil father, Dragon King, sparks are set to fly in a big way once old Justin’s faculties are fully restored. For an amnesiac, troubled soul, his swordplay skills are still very much on top form. Proving yet again just how steeped in JSA history this show is, I find myself being given something new every week that ignites the fanboy fire.

The main focus of the episode was Cindy Burman, the meanest girl in school. Peeling back the curtain on the true nature of her existence was done to great effect as a variety of emotions were thrown up in the process. Huge credit must go to Meg DeLacy for her lead performance, as she showcased a versatility and vulnerability  beyond being the school bitch. At times I felt sorry for her, as the loneliness of her life and lack of a loving family humanised the girl to a point that her evil nature feels predestined rather than a choice. Shaped by her father’s experiments and desire to do evil, this poor girl has no chance. 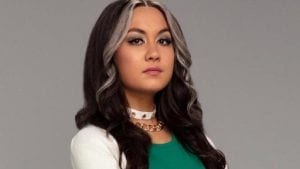 But, wicked is as wicked does, so her path to evil cannot be denied. Cue the violence. Taking up the Shiv mantle by way of a wonderfully comic book accurate costume, the fight scenes between her and Stargirl were surprisingly good. The Raid this is not, but the super powered smackdown was certainly a good watch and highly engaging. For a show that is aimed squarely at the family demographic, it doesn’t shy away from dipping its toe into darker waters. The fights do somehow manage to have a sense of stakes to them, amplified by the show’s willingness to kill off characters to serve the plot. On a side note, Cindy’s complete inability to recognise Courtney whilst in costume was somewhat jarring, especially seeing as the two frenemies had literally been face to face in conversation moments earlier. Let’s just hope Pat didn’t blow her cover with his big mouth at the end of said scuffle.

The theme of family dynamics is getting more and more prevalent in the show. With several family units each having their share of secrets, and the sins of the previous generation being brought to bear on their offspring, it does seem to add more weight to the characters. Whether it is the younger generation struggling to embrace their destiny and fulfil the legacy of their parents or the older generation reconciling being a caring parent with their darker nature, it is pretty engaging stuff. The de facto lead villain, Jordan Mahkent, is a prime example of such. Yes, he is evil incarnate, but his love for his son is without measure and we are being asked as an audience to empathise with him. It would appear that even evil widowers need love too, as it is just a matter of time before he makes his play for Barbara Dugan, all the signs are there.

Overall, this was an extremely entertaining slice of Stargirl. With more elements being added to the mix by way of new characters and existing characters getting more of the spotlight, the storytelling is spot on. As we reach the halfway point of the season, the pacing feels just right. The setting has been established, the characters are all in place and most importantly, there have been no filler episodes. I look forward immensely to the remaining six episodes as events come nicely to the boil. Same time next week?