Review: Batman Death In The Family

Your turn to make the decisions. And decisions have consequences.

Batman: Death in the Family is now available everywhere from Warner Bros. Home Entertainment — on Blu-ray Combo Pack and Digital. Batman: Death in the Family, Warner Bros. first-ever venture into interactive storytelling, allows fans to choose where the story goes through an innovative navigation guided by the viewer’s remote control. Batman: A Death in the Family is the centerpiece of this anthology of five animated shorts inspired by characters and stories from DC’s robust portfolio. The 2019-2020 series of shorts – which have been individually included on DC Universe Movies releases since Summer 2019 – include: Sgt. Rock, Adam Strange, Death & The Phantom Stranger.

Simply put this is a condensed retelling of the classic comic story Batman Death in the Family by Jim Starlin which was previously made into a very popular animated movie Under the Red Hood. For those unfamiliar with either versions The Joker Kills Robin, who at the time was Jason Todd. Only for Todd to be resurrected and return to Gotham as the masked vigilante Red Hood hell bent on revenge for the Joker killing him. In the 1980’s when this story was first released DC Comics allowed the audience to decide the fate of Jason Todd by calling up a phone number and choosing for Robin to live or die. Todd not being a fan favourite as Robin it wasn’t very surprising to find out his fate was to die, but the event itself was a one of a kind experience. 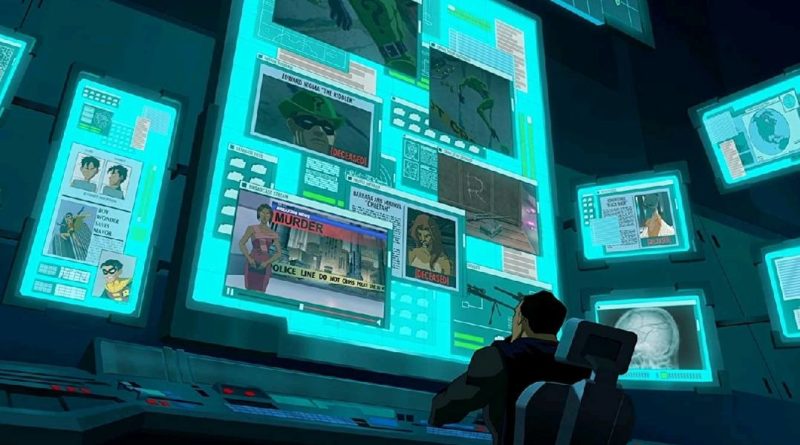 This is what Warner Brothers have tried to encapsulate in this modern retelling. With the wonders of modern technology the viewer can select for themselves if Robin lives or dies. That concept alone was enough to get me excited for this project but also hearing about the return of the original voice cast (Jenson Ackles excluded) I was even more excited as I feel Bruce Greenwood and John DiMaggio  are two of the most underrated voices of Batman and Joker.

There is essentially one major story point you have to pick which then determines where the rest of the journey takes you. Do you let Robin live or die?

As with all my reviews I will stay spoiler free so I will not give the full details of every option but I will broadly summarise where the story takes you. Selecting ‘Let Robin Die’ will give you a few different paths to go down which all lead to essentially the same ending. If you are familiar with Under the Red Hood then these paths will not come as a surprise to you. In fact a lot of this journey is actual footage from Under the Red Hood and some of it felt a little unimaginative.

The option ‘Batman saves Robin’ is where this movie will earn it praise because this is where you will see new content and you feel that the choices you make actually make a difference.

Unfortunately Death in the Family itself doesn’t quite serve as a feature film, granted the exploration with the different choices will take you some time to get through them all but each individual play through is only around 15-20 minutes. This is why the rest of the Blu Ray is bulked out with a collection of DC Showcase minis. If you are an avid fan of DC animated movies then you may have seen these as they were included as special features on movies like Batman Hush, Justice League: Apokolips War and Wonder Woman: Bloodlines. 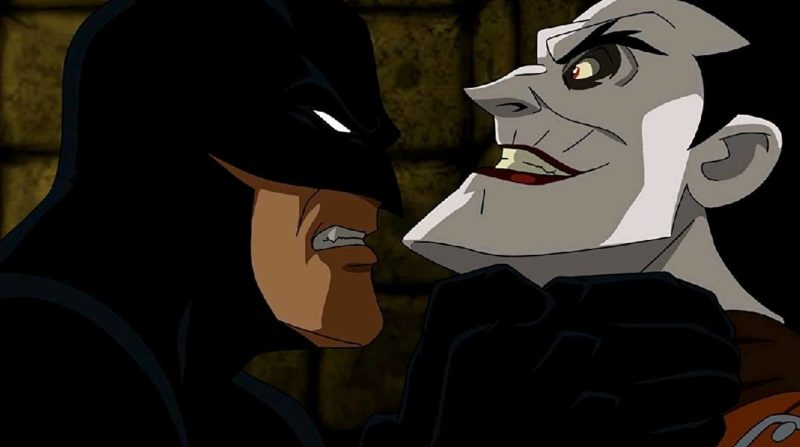 As this was a retelling of the movie Under the Red Hood much of this continues in the same style which although being a 10 year old movie still looks impressively modern. Much is original footage either upscaled or stills of the original used to depict previous situations.

Christopher Drake returns to compose the score like he did on Under the Red Hood and brings the whole experience together beautifully. Drake has an impressive resume in the world of DC animation on features like Dark Knight Returns, Batman Year One, Justice League Doom and also video games Injustice 2, Arkham Origins and Blackgate.

Bruce Greenwood returns as Batman who as I previously mentioned is a heavily underrated Batman. As a huge fan of Young Justice Greenwood has always been a favourite of mine and again delivers a great performance. John DiMaggio is back as The Joker and I think has the strongest performance of this movie mainly due to a couple of long monologues he has which are sinister, twisted with just enough crazy.

Unfortunately Jenson Ackles doesn’t return as Jason Todd but Vincent Martella steps in and does a sterling job bringing the character back to life.

The idea of an interactive story seemed completely original and unique and I was extremely excited for this. Unfortunately the idea was better than the delivery as the big selling point of being interactive felt rather limited. That being said the disc bundle itself with the extra four shorts makes the all round package a nice addition to the DC animated catalogue.