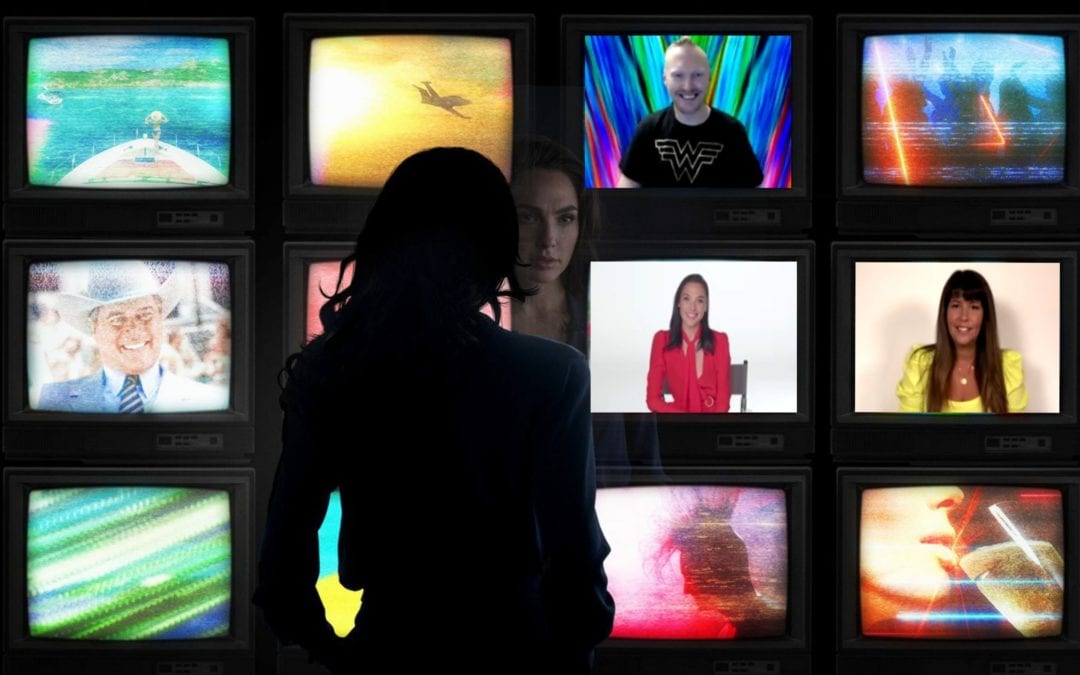 Well it was Friday the 4th of December 2020 and it had not been the best year for most, but when I was invited to a special screening of the new Wonder Woman 1984 Movie by Warner Bros UK I could not resist.

We have been waiting for this movie for so long and after a few release date changes this year as of the Covid situation it is Finally releasing into cinemas from December 16th 2020 UK.

“When a Movie like this makes you have so many feelings and emotions, you know its a HIT”

We can review fully on the 15th! 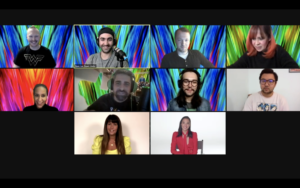 Later that evening I was Invited to a special Zoom session online as a small group from worldwide areas and we all got to talk to Gal Gadot and Director Patty Jenkins and got a few questions asked and answered by them both.

Here is the interview…

Patty Jenkins: Hi guys you are like amongst the first people to have actually seen the movie and today is the first time we are together actually talking about it and you are the first group we have talked to.

Paul Edwards: (DC World) Thank you so much.

Gal Gadot: Wait a second all you guys are international right, from different places from around the world. Thank you for all being here, tell us everything, what did you think about the movie.

Paul Edwards: Oh I absolutely loved it, I think it was brilliant and I saw it today in London and it knocked it out the park, Im so glad as it made this years wait worth waiting for.

Patty Jenkins: Thank you so much

Gal Gadot: Oh thank you so much, It was great to shoot in London, We shot both movies there and like if I could move to London I would do and Patty knows that, Both laugh! And yes thank you so much.

Paul Edwards: Thank you guys for making such a good film.

Paul Edwards: I have a question to both of you. To Gal, What was it like the first time you ever got you put on the Wonder Woman costume and what emotions did you have?

And to Patty Was there any challenges going from the first movie to now in 1984 and why you picked that era?

Gal Gadot: So I Think Like when they first cast me for this part I knew about Wonder Woman but I did not know what I was getting myself into and the Huge impact its going to have. I think that when we went and shot the first movie I felt like I was very nervous, it was the first time I’m going to be playing the Title of the movie and lead the entire movie so I was very nervous but I was very lucky to have Patty guide me through and making the experience so special. On the second movie Wonder Woman 1984 it just felt like we came back home.

I remember before we travelled to the UK Patty was already there and we was talking over the phone and Patty said you know what I feel like I am home again. These films are so long and so intense we are shooting every day and sometimes the weekends and long hours it takes over your life completely, so coming back and doing this with the same teams and the same cast, kind of, with great great addition, it felt so good and I felt like I was in my element and now knowing what I was getting myself into, what I’m doing, it was even more empowering and thrilling and I was not afraid anymore. I felt like we are a team know and we absolutely understand what we are doing and we are doing this together and it felt supernatural and great.

Paul Edwards: Wow that is absolutely brilliant thank you.

Patty Jenkins: And my answer is, its interesting to even dove tail from Gal is that both Gal and I like to think and I know its true about Gal that we are pretty grounded, working people, you know like I always say I was related to the coopers for 10 years  more than I do on a Hollywood movie. Its also interesting coming here and like what should I be focusing on there is so much going on and success of the first film was incredible, and then we go back, and that’s what I was saying to Gal, they are going to give you a call time, you will be irritated, buts its so relaxing to go back and to be a normal person working on set and we all know each other and we are all friends.

For me what was interesting about the first movie to the second one, the first was harder because I was trying to establish the tone which was new to DC and they were not totally confident about what we were doing, and so it was a little bit of a struggle all the time to make sure I was actually executing that tone perfectly and establishing the thing we wanted and keeping control of the movie in that way.

The second one was much easier in that way as people understood what we were doing and we were very supported and given so much freedom and it was harder be because Gal and I became more ambitious.

We said ok cool, now we have this great character what can we do with her to really bring something beautiful to the world that’s both entertaining and gives you visuals that you have not seen in a very long time, I was very driven to try do all of the in camera effects and make it feel like this massive film you would of seen in the 80’s.

Not like some of the new superheroes that are kind of in a smaller world because they are so CG, but that was very challenging, with the shoot was really complex really hard and like the mall scene everyone said we have never seen wire work like this ever in history.

You are a little bit wing and a prayer in it, and by the way the movie looks not great till its done, because you have all these difficult things like flying through fireworks and cheetah and they look stupid until they are finished and look great. It was a tricky well very tricky movie to pull off and that was really hard but doing it all together, I felt like I was at band camp you just all laughed it all off and having a good time together.

Paul Edwards: Brilliant thank you so much and a great opening scene too and I will let the next person ask there questions.

Paul Edwards: Thank you ( I was wearing the Wonder Woman logo T shirt)

And that’s it all, I hope you love reading this as much as I did asking them both and they bare absolutely fantastic people and wish all the success in the future and with Wonder Woman 1984.

A massive Thank  you to Warner Bros UK and USA for making this happen. 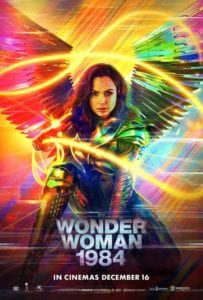