An Interview With Jenny Pacey From Wonder Woman 1984 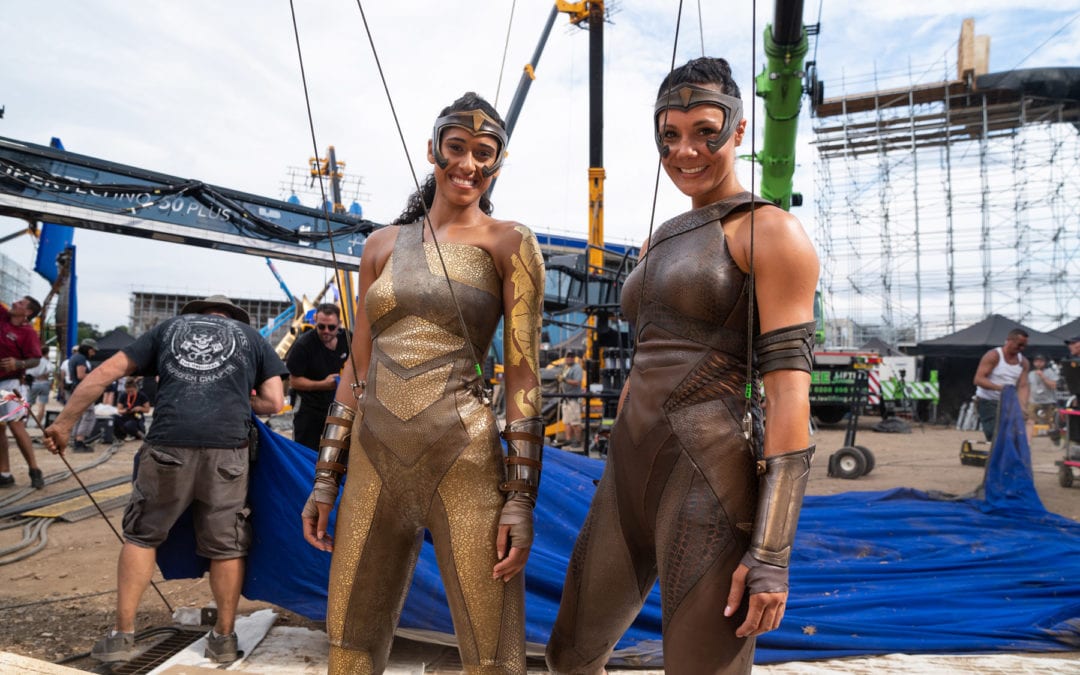 Wonder Woman 1984 is available now to rent on all premium video on demand services and DC World has been lucky to have some great interviews with Wonder Woman 1984 leading cast members, Director and now an Amazonian fitness Trainer and Actress Jenny Pacey, and we could not wait to speak to Jenny again.

We talked about fitness training, food, filming locations plus more, check our our interview below and check out the movie too.

Beware a few Spioilers are included…. 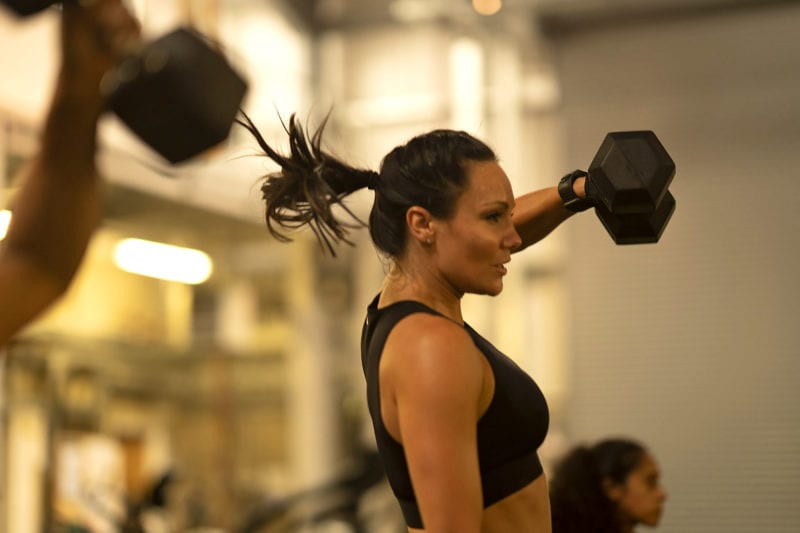 Paul Edwards (DC World) Hi Jenny How are you?

Jenny Pacey (Amazonian/Actress/Trainer) Hey Paul I’m very well and how are you?

Paul: Im not bad thank you, I was checking out some of your YouTube videos and the training you do and there is a lot of stuff you have been upto. I last met you 2 years ago at the DC Exhibition at the O2 in London and we was at the Wonder Woman costume area fittingly enough.

Jenny: Yes I was doing interviews there on my experiences as an Amazon .

Paul: yes I remember and that’s what we are going to talk about know, of course Wonder Woman 1984 is out now to rent on all premium video on demand services, how has it been for you from the first Wonder Woman movie to this one and what have you been up to?

Jenny: Its been like a dream come true because I starred in the first movie as an Amazon, went through 8 months of training and then months of filming and then I had an interview with Director Patty Jenkins as she was looking for a female trainer to come back to the 2nd movie and train the Amazons and Kristen Wiig. And then to get the role and be the first woman in the world to train a female Army in a Blockbuster movie, then I got to star as an Amazon and then I got to work with the amazing human that is Kristen Wiig and transform her into Cheetah.

Paul: Wow what was that like to train Kristen for the Cheetah part and of course she was very athletic especially in the ending scenes.

Jenny: It was a really interesting experience because when I talked to Patty about her character and her transformation, Patty explained she really wanted the viewers see Kristen transform throughout the film, so at the beginning she is quite goofy and funny and not so co ordinated and we literally shot that at the beginning of her training, and then we worked on her speed, her strength, her power , the way that she moved and the way that she ran, and she progressively transforms into Cheetah both physically and within her character on the movie. 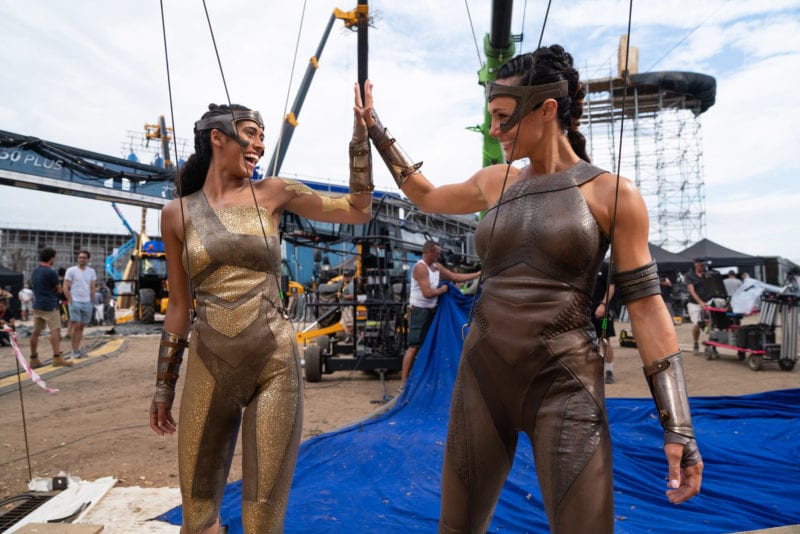 Paul: What was it like for Kristen and the others, were there any strict regimes for fitness involved and food structures too.

Jenny: Yes, So I created all of the Amazon programme and they worked out for 4 months leading upto filming and we really treated them like they were Athletes, they worked out on 4 week blocks, Mondays was Metabolic Reconditioning, on Tuesday we would do Gymnastics and body weight training, on Wednesdays we had weight lifting and track and field speed drills, Thursday was more like active recovery with Yoga and Stock mobility and then Friday was another weight training session with Athletic drills. They worked out so hard they trained their bodies, their muscles, their fitness levels and movement patterns, we went in and we really peaked for filming in terms of nutrition , body fat levels, strength levels, speed levels, it was like going into the real Olympics.

Paul: That sounds good and you can really see that in the film because it looks so genuine and real the Amazonians they look brilliant and on form especially with the opening scenes as well. What was it like to get to meet all of these amazing cast members and actors?

Jenny: It was the most incredible 9 months and the most incredible job as you can imagine, there would be Chris Pine working out in the same Gym and I don’t  know if you have seen I have a little dog called Marley or aka Steve, the amount of sweaty cuddles received Chis Pine mid work out, she was a very lucky Dog. And then obviously Gal Gadot would be training too and she was just the most incredible woman, to see her filming in action and working out, you just pinch yourself, there would be times she would warm up with Kristen and I before fight scenes at the end of the film and I would have them both doing T spine rotation and I would be like oh my god I can’t believe I am warming up Wonder Woman and Cheetah at the same time. And then Pedro Pascal, im really such a big Game of Thrones fan and to be next to him on set and watching the screens and monitors checking out Kristens movement patterns, it was just the best experience.

Paul: Oh wow Jenny, and what about the locations was a lot of it in London or did you go overseas too?

Jenny: So they shot in 3 locations, In London, Washington and fuetaventura. In Fuetaventura it was for the Big Amazon scenes that you saw in the sand and my fiancé and business partner was actually part of the Amazon training and he went to Fuerteventura to look after the girls there because I stayed in London and to look after Kristen, and I also went to Washington for 2 months when we did a lot of the Mall scenes and trained Kristen while we were in Washington and then from there met my Fiancé back in London to train the Amazons, so it was a busy 9 months. 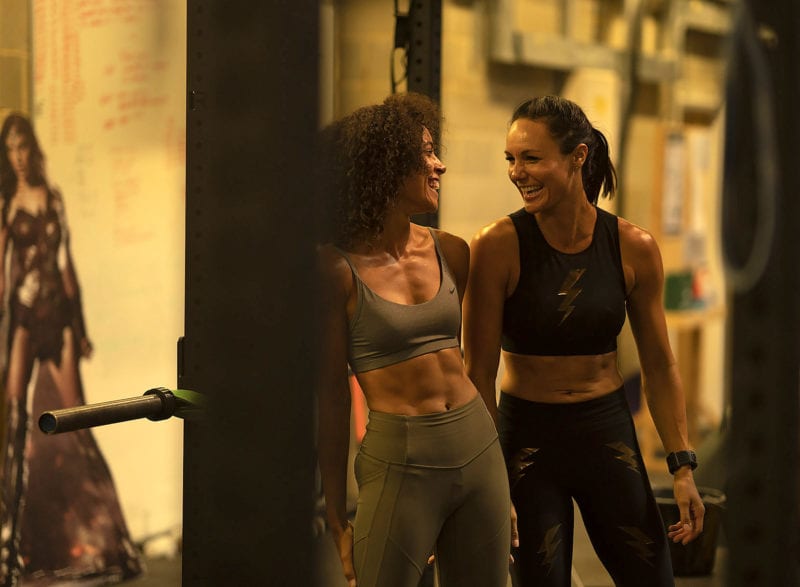 Paul: What got you into acting and training Jenny?

Jenny: So as a kid I loved sports I used to Horse Ride, Dance, do Gymnastics, swimming, Athletics, I went to University to get my sports science degree and qualify as a trainer and that’s when I became an international athlete and then I moved to London and I got the role for Enigma, and I started modelling and acting, I was in some commercials and did some TV shows. Then when I was 30 I retired from competitive sport I got Wonder Woman the Movie and it has really took off from there.

Paul: Do you think you will be back for the 3rd Wonder Woman Movie now they have announced it Jenny?

Jenny: I do hope so, it would be amazing to do 3 Wonder Woman films whilst in my 30s.

Paul: Are you a superhero fan yourself and do you watch the films back, DC Marvel movies?

Jenny: I watched Wonder Woman 1984 Twice this week and im a super, superhero fan, I mean I think I love working out very much and training because that makes me feel like my own version of a superhero.

Paul: Do you have any favourite characters yourself in the Superhero verse out there?

Jenny: I love Wonder Woman and she is the ultimate for me, she is my favourite Superhero.

Paul: She is becoming one of my favourites too, I have Superman, Batman and The Flash at the Top for me but with Gal Gadot as Wonder Woman she is knocking it out of the park in this and for me so she is creeping up my list and looking forward to seeing a lot more of here hopefully.

Jenny: She is one of the strongest female action stars in the world .

Paul: She really is and she has a lot of movies and things coming up soon too which is exciting to see.

Jenny: The Flash and Superman are up there for me also.

Paul: A couple of perfect choices there Jenny, what’s next for you?

Jenny: We just filmed a new online workout series called “Turn It Up” and I have over 70 workout videos on an online platform called Grokker and we are launching that in the spring, plus I just moved house and im very busy with online training with clients too.

Paul: Well that’s fantastic to hear and Jenny I think we are almost done unless you want to add anything if not I will sneak in another question.

Jenny: Go for another question.

Paul: If you could be a superhero in the universe who would it be?

Jenny: Oh wow that’s such a hard question but I think I will have to say Wonder Woman or Supergirl.

Paul: Oh you snuck in Supergirl there.

Jenny: Yes I snuck in Supergirl just because she can fly and it would be also interesting to see what im like as a blond, but yes either of those two.

Paul: Well of course (SPOLIER ALERT!!) Wonder Woman flies in the new film and was a great scene with the flying she does.

Jenny: That was some beautiful flying wasn’t it, this woman can do everything. 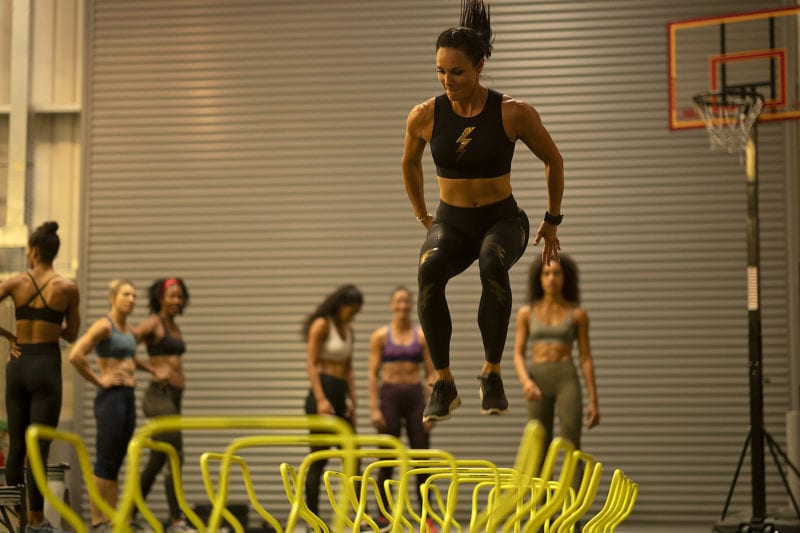 Paul: I think I had some tears at that part because I wasn’t sure it was coming and then it took me back. to like Christopher Reeve in Superman and also The man of steel When we see Superman first fly, and it was the same for Gal in this one it gave me that special feeling and the music and the chills to see this happening, it was absolutely awesome, brilliant.

Jenny: I got a lot of goose bumps during the film.

Paul: I bet it was great watching it back and what you have done for the entire process and what with the covid delay for releasing, I bet it was a great feeling to finally get this movie out there.

Jenny: Yes, The anticipation it was like come on I can’t wait to see this movie, we had put in so much work and I was just excited to see how it was translated as a viewer and on the big screen and the feedback has been incredible.

Paul: I see it has had a few mixed revives but me, I remain very very positive and im a DC fan anyway but yes, I absolutely loved it and have seen it a few times now.

Jenny: What was your favourite scene?

Paul: I probably have two, definitely the flying scene just because  its the first time this has happened to her in this franchise and the other will be when she touches the Jet (SPOLIER ALERT!!) and turns it it invisible because I didn’t think this was going to happen and it did.

Paul: And that’s about it, Thank you Jenny pacey for talking to us and of course Wonder Woman 1984 is available now to rent on all premium video on demand services. Jenny take care it has been amazing.

Jenny: Thanks Paul have a Wonderful 2021.

Paul:  Lets hope it gets better for everyone.

Jenny: Lets hope and you can always watch Wonder Woman again too. 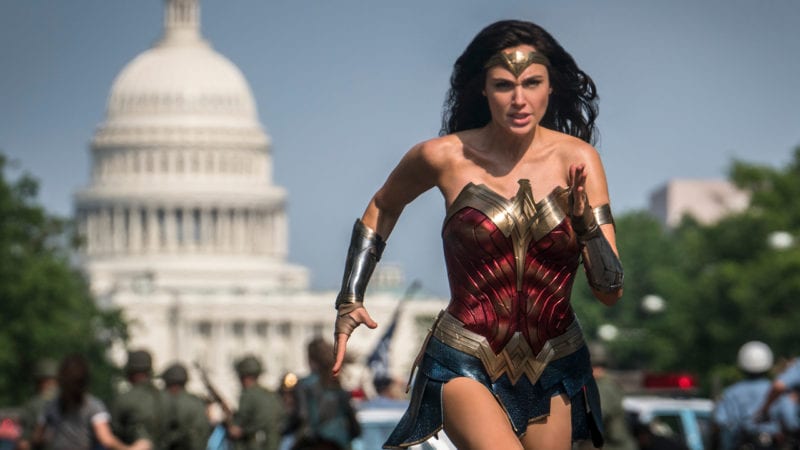