Under The Moon: A Catwoman Tale 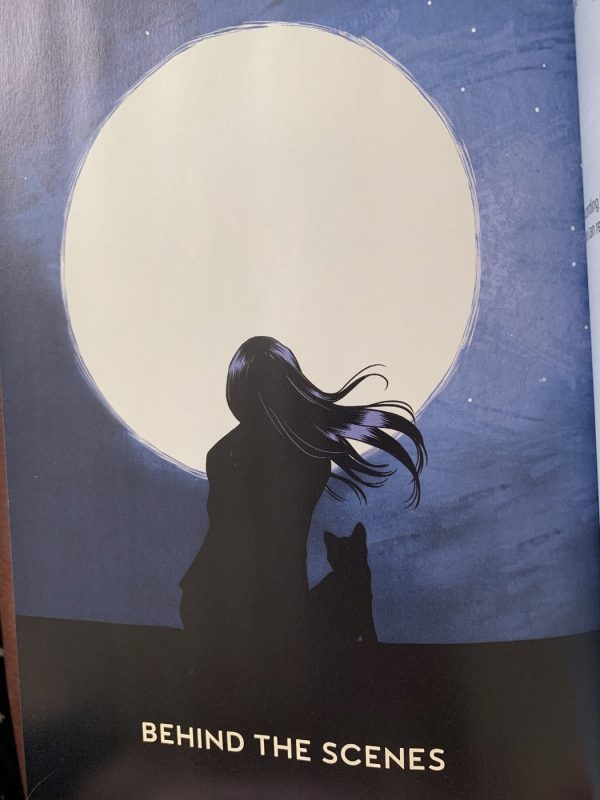 This is the first Dc ink from publishers DC Comics graphic novel I have read, which is aimed at young adults. I was genuinely excited as this was a young Selina Kyle story. It has a different perspective of Selina’s story of her home life and how she came to abandon her home.

The Dark and The Light

“Under The Moon”doesn’t shy away from important issues of domestic abuse, self harm, animal cruelty, bullying and homelessness. Selina lives with her single mother who has various boyfriends that don’t treat her well. The boyfriend that causes the worst domestic abuse is Dernell, he makes life a misery for Selina and is the main reason why she leaves her home. The hard part of the story for me was Selina’s mother not standing by her only daughter and watching her walk away.

It is also a story of Selina not believing she is has self worth. Reluctant to believe the friends she does have at school do really like her. The character of Angie, who is incredibly enthusiastic whenever she sees Selina considers Selina a friend. The part that made me chuckle and felt familiar is that Selina is already a thief and gifted some of the items to Angie. There is also a good backstory to how this Selina knows a famous Gotham resident, Bruce Wayne. They first met at the same after school club. She accidentally broke a model he was making and she never spoke to Bruce again. Selina definitely has a crush on Bruce as in their teenage years they are in the same maths class and she is an admirer of his dark hair.

There are a plenty of moments that made me sad and horrified. Selina making the decision to leave her home after a grisly incident certainly hit the right emotional chords and was written very well from Lauren Myracle. After all Selina is now choosing to live life on the streets. Selina manages to find within herself her cat like instincts she knows she needs to survive.

Another small background story in this novel is about some grisly murders that are happening in Gotham city, ‘Gotham Growler’, which is a good ongoing mystery to who or what it could be.

Selina overall is very weary of who she trusts. She meets some more homeless teenagers. Ojo who she meets first, teaches Selina about Parkour and is instantly impressed that she learns some of the basic moves so quickly. I did wonder what intentions Ojo had with Selina or as he first knows her as Catgirl, when he introduces her to the rest of the gang. This is part of the graphic novel is the fun, exciting and also a chance for Selina to care for another who also needs help.

Isaac Goodhart illustrates the story beautifully in a style I have never seen before. Colourist Jeremy Lawson, keeping to the blue, black and white theme throughout the story gave the right tone. You knew when it’s was a flashback in Selina’s story as the shade of colour changes.

In the back of the graphic novel there is interviews with the author and illustrator. A list of helplines for anyone who reads this graphic novel and can relate to any of the experiences Selina goes through. Also a sneak peak at the next upcoming Dc Ink about Teen Titans Raven, by Kami Garcia and illustration By Gabriel Picolo.

This is a great Selina Kyle story. I would definitely recommend to someone who is probably around 15+ years of age. Good characters, a well written story of how Selina decides she can live as a CatGirl and progress into CatWoman.