Injustice: Gods Among Us Vol.1 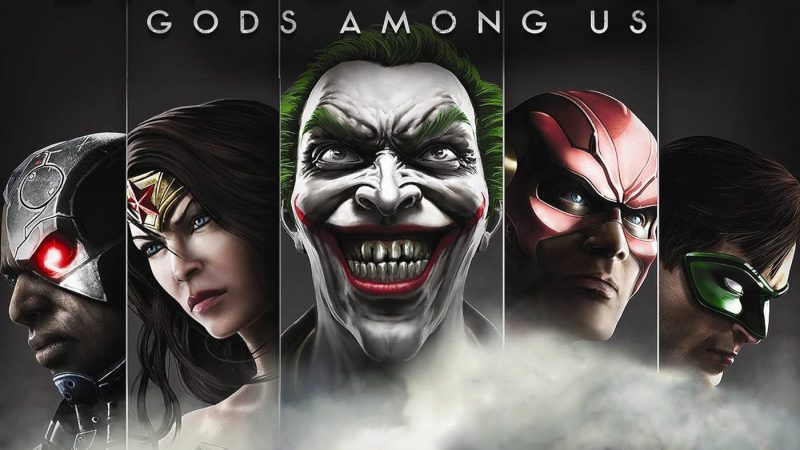 What happens when the Man of Steel loses everything and takes action to avenge his loss? Injustice: Gods Among Us is a story that answers that question in the darkest way possible. When Joker and Harley Quinn visit Metropolis for a twisted scheme, the hero of the city, Superman becomes their victim, in a plot that arguably brings one of Superman’s darkest moments in history to life as he is poisoned with Kryptonite induced fear toxin that forces his mind to see Doomsday, but when he takes the monster up into space to kill him, he soon realizes that Doomsday was never there, and that the fear toxin was messing with his head. Now, he stares in shock as he sees the lifeless body of the love of his life, Lois Lane, who just before all this, was planning the life of her unborn baby. However, Lois isn’t the only victim, as Joker operated on her body, so that when her heart stops beating, thanks to Superman, Metropolis explodes, and so we enter a new world, in which Superman becomes the ultimate power in the universe, and the ultimate world leader. Leading out of fear, with an iron fist, and showing now mercy to those who we call villains. 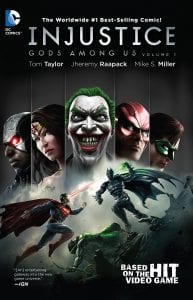 Realizing that the world is full of corruption, war and villains disguised as normal men, Superman takes action, holding a press conference in which he demands that all conflicts around the world stop, before he stops them himself. This is just the start of Superman’s reign as he slowly transforms himself into a God among men, something that he refused to do before now. His beliefs about fitting in, and not interfering with all of the worlds problems, slowly fade away, as he now begins to use his abilities as a threat to the world, but with so much power, the day that Batman always feared also draws closer, as his friend descends into a power hungry and merciless deity.

Tom Taylor has done a phenomenal job of bringing one of the darkest stories ever told in the DC Universe to life which involves almost every main roster hero that we know and love, with Superman of course being the main focus. The plot has many shocking moments in it that shows us a much darker and twisted side to our heroes, and although we knew their capabilities, we have never truly seen them take action on these capabilities until now, as the story progresses with more twists, turns, and a roller coaster ride of emotions that quarrels with its own sense of right and wrong. Many of the heroes that join Superman are blinded by their own contradictions, such as waging war on war and claiming that what they are doing is different from their opposition, whilst the reader can easily sit back and realize that the heroes are becoming the very thing they fight against, with a blind sense of justice. In later issues the multiverse theory is brought into light as we meet character counterparts from alternate realities, some of whom discover terrible secrets about their alternate selves, others are opposite to the versions we’re used to such as heroes who are now villains and vice versa.

The art in this book by Jheremy Raapack, Mike S. Miller, Bruno Redondo, Axel Gimenez, David Yardin, Tom Derenick, Marc Deering and Diana Egea is exceptionally twisted to give us some brilliant new designs of our favourite characters from Jokers twisted red smile, to the much more defined, hard edged costumes of each of our heroes. Ever muscle is defined, every helmet, body, and boot is trimmed with sharp edges covering angry expressions that bring out the hardened side of these characters. Some books give us bright, colourful and rounded costume designs that sometimes make it hard to take things seriously, but this book is all about serious business and the art brings that side of the story to life with its unique look that you will not find in any other series.

The art is one aspect of bringing the book to life, but the other is colour, and with colorists Andrew Elder, Alejandro Sanchez, David Yardin, David López & Santi Casas bringing us dark shadows and shades to the familiar colours of the characters, each individual is darkened to fit the story. The popular bright colours of Superman’s suit are darker than any other book, but his symbolic ‘S’ shield on his chest still stands out as the brightest of colours, which is used to make his symbol stand out as a threat in this book rather than a symbol of hope.

This story took the DC fans by storm upon its initial release, and is a go to comic for anyone wanting to read the darker side of the DC Universe. Shedding a new light on the characters we know and love, and giving us a story in which no character is safe, really makes this book a masterpiece of writing from Tom Taylor, with the exceptional art work that accompanies it to give the characters a fresh look to fit the story.

Overall, this book, along with its sequels are an important part of DC History nowadays, and given that it stemmed from a video game title, but went on to become its own masterpiece of storytelling, it’s certainly a book that every collector should own, whether that’s in single issues, or collected editions, physical or digital, it is a must have. Standing out from many of the other stories as one of the darkest stories told in this universe, with later issues and volumes bringing in a whole roster of characters, but not all of these characters survive the events of the story, some die sooner than others, some find out their alternate earth counterparts have already died, other live on fighting with every breath they have. It’s not surprising that this is one of the best selling series of books in the comic book world.