Hello there fellow DC Fans and readers / followers / supporters of this site. Yes, it’s time for the next edition of Confessions of a DC Geek. In this edition we have a brand new member to our DC World team – James Stone. James joined the team a matter of weeks ago and has made his mark very quickly, reviewing the new DC Lego game and taking on the reviewing duties for the Supergirl TV show. As you’ll now doubt have seen, a very welcome addition.

And so, on with his Confessions. If, after reading what James loves about the DC Universe, you want to confess all to me, then please get in touch (details at the bottom). We’d love to hear from you and get you involved.

First of all, would you mind telling me a bit about yourself – name, age (if willing), where you’re from and what you do for a living, anything else you wish to mention?

I’m James Stone 35 years young, originally from Norwich but now live in York England with my wife and 3 kids.

What, or who, helped kick-start your DC Comics fandom and when?

Batman or more specifically Adam West Batman. As a kid in the days when we only had 4 TV channels I remember waking up and putting the TV on and watching repeats of the 1966 Batman TV series. Then a few years later I discovered the Batman Animated series and it grew from there.

Who is your favourite DC Superhero?

Who is your favourite DC Villain?

It has to be The Joker

With being such a Batman fan, I have always been drawn towards his story’s which is probably why when I read this question the person that instantly came to mind was Dick Grayson as Nightwing. Deathstroke is also a really cool villain I like.

TV shows – which is your favourite DC effort?

I’m going to cheat here as I can’t pick one or the other so I will say Batman the Animated Series is my favourite animated show and Arrow is my favourite live action. The first 3 seasons of Arrow really stood out for me because of how many characters that I had never seen on screen before would pop up from week to week.

What is your favourite DC Movie?

I often get asked this and I always say Dark Knight Rises. I know most people prefer The Dark Knight because of Heath Ledgers Joker but I was equally impressed with Tom Hardy’s Bane and out of the 2 that is the movie I go back to watch over and over again.

Are there any DC Universe characters, any that we haven’t seen a live action/animated version of so far, you would like to see become part of the movie, TV or even animated universe? If so, which character and who would you like to see play the part/s?

Other than a single episode on Smallville Booster Gold hasn’t had a live action outing and I think that character would fit really well into the TV show Legends of Tomorrow. A year ago, there would be been plenty of answers for this question but Shazam, Swamp Thing, Nightwing, Lobo and Green Lantern Corps are all in the works now.

Also, I know there has been a very popular animated feature but I think Jason Todd Under the Red Hood is a story begging to made into a live action movie and I think John Krasinski would be an ideal fit. 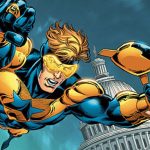 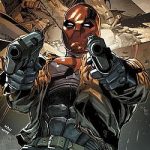 The DC Universe has featured many, many actors on TV and in the movies, as well as animated movies/series’, so I ask you – who is your favourite actor, anyone who has made some any kind of appearance within a DC creation?

There have been so many fantastic performances over the years but Ben Affleck has been my favourite live action Bruce Wayne. Tom Hardy as Bane, Jack Nicholson and Heath ledger as The Joker, Margo Robbie as Harley Quinn and Hugo Weaving in V for Vendetta all deserve a mention though for giving fantastic performances.

Gaming – You wrote up a cracking review on the latest DC Lego game but do you have a favourite game that relates to anything DC Comics, that you play yourself? What makes it so great in your opinion?

I played all three Rocksteady Arkham Games Asylum, City and Knight but Arkham Knight would be my favourite. I think it was the most polished game in that trilogy, they finally nailed all the fighting mechanisms and they introduced the bat mobile to get around Gotham which gave the game a new dynamic to the game play. The graphics took a huge step forward (also related to the release of the PS4) and the story was like watching a movie at times. It came out in 2015 and I still play it today.

Comics – do you read them? If so do you have a favourite series, or a graphic novel, that you enjoy more than others?

I do read them yes, but nowhere near as much as say 10 years ago. The Dark Knight Returns and The Watchmen were the 2 books that got me back into reading comics as an adult. Long Halloween, Kingdom Come, All Star Superman and Killing Joke are favourites that I revisit from time to time. I really enjoyed the New 52 relaunched Suicide Squad run but the only ongoing series I’m currently reading is Batman by Tom King and The Walking Dead.

CQ1 – DC vs Marvel: No matter what comes our way, this always seems to be found on social media. Myself, I enjoy both but am a much bigger DC fan than Marvel; the whole rivalry thing in my opinion is extremely daft. What is your own take on it?

I agree I think it’s just nonsense. I am a huge fan of both companies that have both produced things I love and things I don’t like as much.

100% DC TV. The Arrowverse has impressed me so much over the years with the depth of characters they play with, the stories they tell and the places they go. Gotham is a show that went from strength to strength and it’s a shame it’s ending, but I think the final season will be amazing. Constantine was a show too good to be cancelled but I’m very happy Matt Ryan come over to the CW and joined legends full-time. I was a Smallville fan and I grew up with Batman 66 and all the animated shows.

Marvel on Netflix has been so hit and miss, Dare Devil and season 1 of Jessica Jones and Luke Cage stood out but the less said about Iron Fist and Defenders the better. I lost interest in Agents of Shield after season 2, but I did enjoy agent Carter. 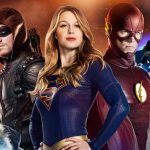 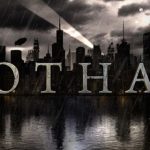 Almost the opposite of the TV, overall what Disney have done with the MCU I would have to say Marvel because the quality and entertainment has been consistently higher than the DC movies. However, I still believe the Nolan Dark Knight trilogy is the best trilogy ever made.

CQ2 – Batman: Damned cause controversy recently for it’s showing of the BatWANG, which will be removed from future printings? Have you read this and, if so, what are your thoughts on the issues it seems to have caused?

I didn’t read it but have seen it through social media. It doesn’t bother me, I understand the book is for a more mature audience so what’s the issue with a little Bat Pole?

If you were to fall in a swamp/be electrocuted/fall in a vat of chemicals/witness the death of a loved one etc. and made the choice to become superhero or villain, what would your name and powers be and what sort of costume would you go for?

I think I would like to have some kind of tele-kinetic power so I could control people with my mind, because going out every night getting into fights and jumping around on roof tops just seems like too much work. My costume would be something simple like a John Constantine type trench coat or just anything without spandex, nobody would want to see that.

Conventions – do you attend them and, if so, which has been your favourite?

Not as much as I would like, due to work and family I never seem to find the time, I went to Manchester Comic Con a few years ago and we have the lesser known York Unleashed Comic Con.

Before we go on to questions regarding your collection, could you please tell our readers where we may find you online (Twitter, YouTube, Blogs etc.)?

Now we have the necessities from you, on to the reasons that I created this feature, your DC collection.

First up, do you collect large amounts of various and random DC merchandise or is there a single type of item that you like to pick up?

I had a copy of Green Arrow Quiver volume 1 signed by Kevin Smith that was sat in my mums’ loft for a number of years, along with a number of other collectables that got thrown away because she thought they were old rubbish I didn’t need anymore, after this I stopped collecting things physically. Now my collection is mainly digital, my Comixology account has hundreds of comics and my sky tv account has a crazy number of movies purchased but with subscriptions to Netflix, Amazon Prime and Hulu everything I need is only a few clicks away.

The only real physical thing I would say constitutes a collection is a large collection of T Shirts from Marvel, DC and Star Wars.

Do the items you collect relate to one specific character/movie/TV Show etc. or is it just all things DC Comics?

I have a lot of Justice League related T Shirts.

Of the items you own, do you have a most prized possession? – I’m not asking for your favourite here, but the one/s you cherish most of all. Why does it/they mean so much to you?

Not really, I have a Justice League movie T shirt my kids got me for Father’s Day that I’m fond of.

Is there something in your collection that you would consider the strangest? If so, what made you buy it?

Nothing strange really no sorry.

Do you have something in your collection that could be described as a rare item?

The only thing I would say that is slightly rare is a mint copy of Shazam The Power of Shazam number 1 I found at a car boot sale. I know it’s not mega rare but I see it selling on eBay for up to £10 which for something that says 25 cents on the cover I don’t think that’s too bad.

What is the your “go to” item when showing off your collection to, say, friends or family?

All my friends and family think I’m a Nerd so I don’t show them anything.

Is there a Holy Grail for you, an item that you would love to own that may prove to be extremely difficult or even impossible to obtain?

The 1966 Bat Mobile would be an easy choice.

And there we have it, Confessions of James Stone. I’m sure you’ll all agree he deserves the title of DC World Geek. My thanks to James for taking part, always fun putting these together and always a cracking read.

If you want to take part, as promised, contact details below.

Be great to hear from you.

Until next time, remember – “You’re much stronger than you think you are.”