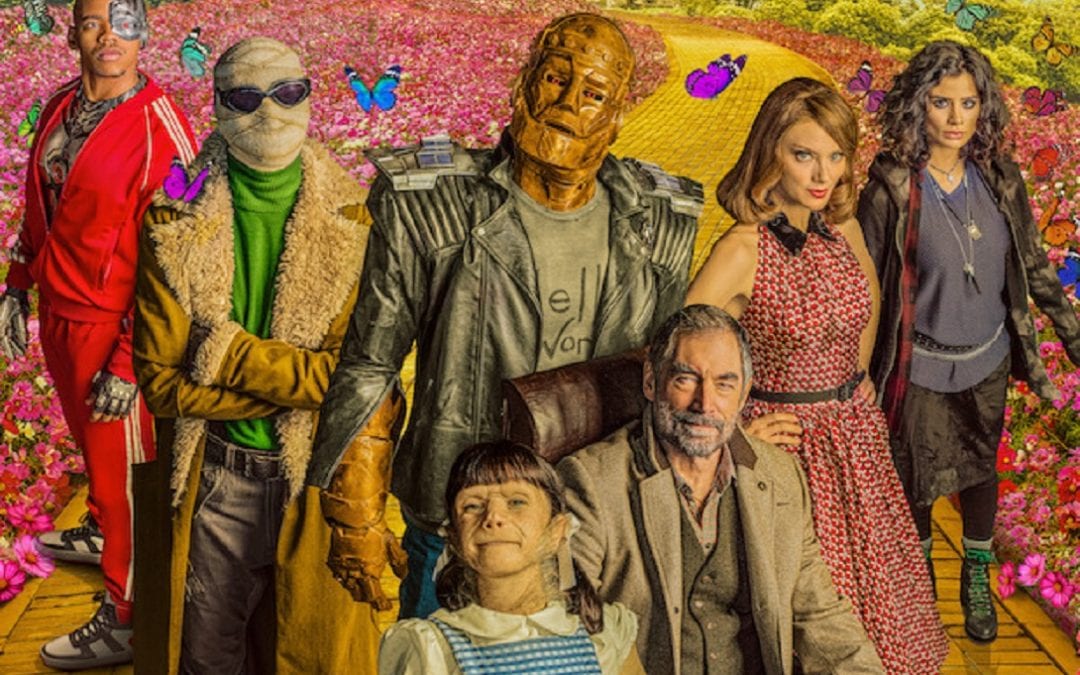 Rejoice, for Doom Patrol is back! After a wait of just over a year since the end of the excellent first season, the craziest, most bonkers television series in recent memory has made its very welcome return to our screens. As that was not enough of a good thing, today we get the first three episodes all in one hit. DC Universe, you are spoiling us!

Having now watched all 3 episodes, I can safely say that everything we enjoyed about the first season is still there. The show is still a potent mix of comedy, pathos, absurdity and gore. Strictly adults only fare, a family show this is not! One huge addition to the show, changing up the dynamic significantly, is the character of Dorothy Spinner. Briefly introduced at the very end of season one, she is the product of the tryst between Niles Caulder and Slava, the immortal primitive woman that was his true love. Sweetness personified, played wonderfully well by Abigail Shapiro, this troubled young soul is the key to a new side to Niles. His sole reason to live has become his daughter, and everything he has done to this point has revolved around a need to protect her. Seeking to extend his life in order to be around to protect her from the world, a new degree of sympathy is now there for the character. Despite the unspeakable things he has done to the various Doom Patrol members, it’s all for his daughter.

As always, the acting is top notch here. The relationship depicted by Timothy Dalton (the best 007 ever) and Shapiro is utterly convincing as a desperate father and a frightened daughter. Dalton in particular shows his versatility, visibly becoming softer when being the doting father, his whole demeanour changes when with Dorothy. In several touching scenes, that contrast nicely with the darker nature of the show, we can get a sense of the persecution that Dorothy has obviously endured. Timid and scared, this is a girl that has experienced the worst of people. 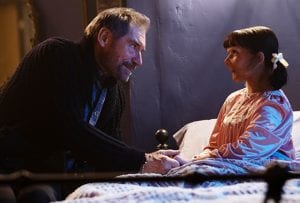 All our favourites of course still remain front and centre. Cliff is struggling to contain his rage over the circumstances of his transformation into Robotman, and the aforementioned Caulder/Spinner relationship is almost rubbing it in his face. Estranged from his daughter for 30 years, Mr Steele is not happy! Brendan Fraser is once again on top voice form. Also, never has a never changing Robot face express such emotion. Easily my favourite character on the show, I can’t wait to see where they take him next.

Each character is trying to overcome their own challenges. Rita is on the verge of mastering her abilities, Jane is struggling with drug addiction and the internal struggle with her alternate personalities, Larry is still trying to reconcile his past and Vic is trying to find a human connection outside Doom Manor. In addition, a whole host of crazy villainous characters are popping up to provide new challenges. If you like the source material then chances are this new season will continue to be up your street. Assorted luminaries such as Red Jack and Dr Tyme make their presence felt in a big way. Returning characters from the first season also include the exceedingly good Willoughby Kipling and Danny the Street, their cameos are extremely welcome. Sadly, Animal-Vegetable-Mineral Man has yet to re-appear, but hope springs eternal that we can get our fix at some point this year. 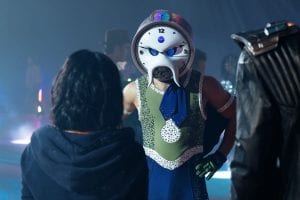 I strongly recommend that everybody seeks out these new episodes as a matter of urgency. The acting, direction, costuming and special effects are all right out of the top drawer. From trips to alternate dimensions and overcoming being shrunk in size, to road trips to familial heartbreak and  more profanity then you can shake a stick at, we get it all and more besides. This band of screw ups are back with a bang and the world is a better place for it.