Looking back over the year 2019 it’s been a pretty phenomenal in all areas of cinema, television, conventions, comics, Funko Pops, Podcasts and generally being a fan of anything.

‘Conventions have become a very important part and incredibly enjoyable part of my geek culture. I attended my first comic con in 2004 purely because of my love and interest in The Lord of the Rings trilogy. Thankfully conventions have evolved and opportunities to be more interactive with your favourite celebrity heroes. Thanks to Gotham (Television series) it reignited a passion and i found myself sourcing out where I could meet these actors. In 2019 I attended Wales Comic Con in April and December. It’s genuinely a great convention and the move to Telford from Wrexham was welcome decision as the venue in Telford is a lot bigger, weather proof and the ability to go back into the autograph signing hall whenever you wanted.This was a problem in Wrexham you had to rejoin the line and could take take you a long time to get back into the hall. The team that run Wales Comic Con have the ability to get great guests, which vary from sport, film, television, and comics. Prices for autographs and photo ops are competitive and I can’t praise highly enough in how friendly and helpful the staff and volunteers are. I got to meet three more members of the Gotham cast, reunite with friends that I have made through conventions and admire the amount of work that goes into peoples Cosplay costumes.
MCM comic con also needs a mention as it’s a completely different experience, set in the huge ExCel centre in London. Another great convention to meet like minded people and cool photo opportunities like in a giant Funko pop box with as many fellow influencers/bloggers. I am sure there will be more conventions to attend in 2020, I hope to see you all there. 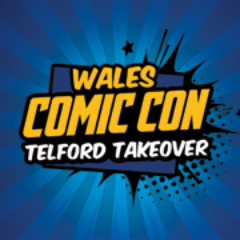 It won’t come as a surprise to a lot of people that Gotham Season 5, the final ever season is my standout show of the year. Considering they were messed around by the network the 12 episodes they produced were up to the standard I have expected from this unique television show. The show runners, Bruno Heller, Danny Cannon and John Stephens promised that the final ever scene would be Batman looking over the city of Gotham and that is exactly what we got. The casting, cinematography, costumes, writing and direction in particular Ben McKenzie and Erin Richards, for a tv show that has not got a HBO budget was superb.
Other television highlights Swamp Thing, Pennyworth, Watchmen, Carnival Row, Good Omens, Peaky Blinders, Jessica Jones Season 3 and Umbrella Academy. Ending of the year Henry Cavill in The Witcher was a great treat and a huge success. I even finally got around to watching the first season of Smallville, in which I am thoroughly enjoying. 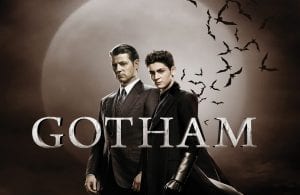 Aquaman making a billion dollars at the box office set DCU of too a great start in 2019. I don’t really need to tell you how much I loved Shazam! and it is my favourite film of  2019. Avengers Endgame was impressive and great character and storytelling from The Russo brothers, but I preferred Infinity War. The Green Book, Rocket Man, Bohemian Rhapsody, definitely come to my mind when I think of other worthy mentions. The Lion King remake made me an emotional mess and I loved every moment of this visual reimagining of this story. Aladdin didn’t disappoint either it was rich with colour and the musical numbers were outstanding and I still can’t believe Guy Ritchie directed it! Joker was a triumph in acting, direction and story telling of a different version of DC most famous villain. A huge hit with the audience and critics it didn’t take long for Joker to take over a billion dollars at the box office. Spider-Man Far From Home was an essential summer viewing and was great film after the emotional Avengers: Endgame. Tom Holland proves again just how great he is as Peter Parker/ Spider-Man. My last cinema visit of the year was to see Star Wars: Rise Of Skywalker, personally I am really happy the way the saga ended on this ninth film. The original three films will never be topped in how Star Wars makes you feel but the last three films evolved with new characters and bringing old ones back. Episodes 7-9 have a completely different tone and questions were answered. Rise Of Skywalker had moments of impressive light sabre fights, unique characters that only the world of Star Wars can invent. I absolutely loved Kylo Ren / Ben Solo (Adam Driver) story arc over the trilogy. Finally, I was impressed with the reveal of Rey’s ancestry (no spoilers).

Comics have become a big part of my daily life. I am mind blown by some of the story arcs that have been released this year. DeCeased, Last Knight on Earth, Jimmy Olsen, Lois Lane, and Damned have given me a whole new understanding to the characters in the DCU. I have a lot of people to thank in guiding me in the right direction with comics including some my Dc World team members. I wanted to know more about the Court of Owls as Gotham was introducing them into the third season, essentially that’s where my comic book reading started. Kingdom Come needs an honourable mention alone just for the beautiful art by Alex Ross. But I have to admit Superman has become one of my favourite comic heroes. His empathy towards people, bringing truth and Justice. Superman relationship with Lois Lane make them one of favourite comic couples. 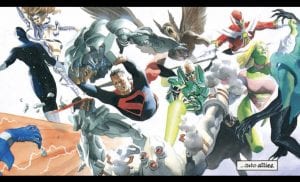 I have always listened to some kind of radio show and I am still a fan of Desert Island Discs. I thankfully found a podcast that covered Gotham in great detail. I do prefer podcasts that solely concentrate on one topic but have discovered some genuinely interesting multi topic podcasts that share their opinions and thoughts. Even podcasts that discuss films released over 20 years ago are thought provoking. It’s a difficult one to get the balance right in producing a podcast to make sure that you get a regular audience that want to subscribe and leave feedback. So congratulations to you all who I regularly listen to. I don’t think I need to mention you individually, as you know who you are. 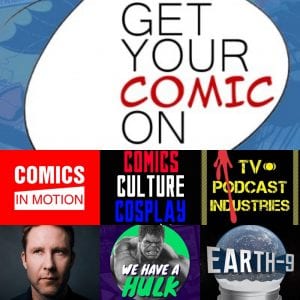 2020 looks like it will be the year of the DC ladies with two huge film releases, “Birds Of Prey” and “Wonder Woman 84.” Both films are a completely different tone by looking at their trailers but I am equally excited to what they bring. Wonder Woman is another of my favourite comic book heroes and having read a lot about Diana and Cheetah makes this movie my most anticipated film of 2020. Patty Jenkins back in the directing chair and the presentation at CCXP Brazil in December 2019 just showed how eager she is for everyone to see the next chapter of Wonder Woman. 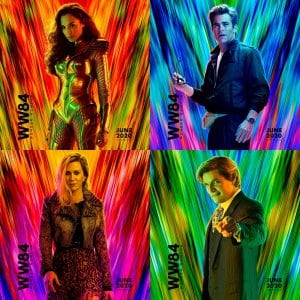 ‘Being a fan of Robert Downey Jr acting style “Dolittle” has me intrigued in how another version of this story will be told. Because we all want to talk to the animals. Right? Disney live action remake of “Mulan” looks impressive again from the trailer alone. Daniel Craig is back as Bond for the last time in “No Time To Die” which has an impressive cast. Top Gun: Maverick starring one of my all time favourites Tom Cruise looks like it will take aerial combat to another level in cinema. Christopher Nolan dropped the new trailer at the end of 2019 to his new jaw dropping film “Tenet” starring our new Batman Robert Pattinson. The MCU “Eternals” has me intrigued as it will be the 25th film in the MCU. It will introduce a lot of new characters with a big name cast including Angelina Jolie, Salma Hayek, Richard Madden and Kit Harrington.

I am confident that there will also be some films made by independent film studios that will grab our attention in 2020.

Many Thanks to you all for the support during 2019. Wishing you a healthy and prosperous 2020!