Legends of Tomorrow: Slay Anything – Review

Over the course of its five season, Legends of Tomorrow has turned in to something quite unique.  Of course, the show started off very much like you would have expected, very much DC Comics.  No exception here, ‘Slay Anything’ is a very good example.

The Legends are still fighting again the ‘Encores’, although this time, rather than a real life villain, we have an original creation.  This means that the plot can be anything they like of course but when you watch it you’ll most definitely see the influences within.

The encore on show here is a character known as ‘The Prom Night Killer’ (see, influences already apparent).  A kid called Freddie Myers (Krueger? Michael?), sentenced to die, and does so at the electric chair, arrives back to take revenge on those who wronged him.  Obviously, having the slasher flick influence, there is always the possibility of a big twist.  Not going in to that though, you’ll see if/when you watch the episode.

Like any slasher flick, we also get to see some gruesome deaths; something we don’t see much of in the Arrowverse.

Anyway, the Legends split up and make their way to 1989, to see how Freddie became what he was and 2004 to try and stop the bloodfest. Seeing what Freddie went through as a teenage was tough, bullying in any form is always a hard watch.  Thankfully, ‘Slay Anything’ does a fine job.  Luckily for Freddie though, Ray, Nate and most importantly Nora (yes she’s back) are back in ’89 to try and help him make different choices, rather than try and beat the Encore in 2004.

Always great to see Ray and Nora pair up, but it’s Nora who take centre stage here.  Yes, she’s been fed up with her role as the Fairy Godmother but here she finds a purpose like she hasn’t done before.

In 2004 Sara and Ava do their best to avoid becoming victims of the Encore.  Seeing Ava fangirl over historical serial killers is cute, if a little disturbing, Mick wanting to rectify mistakes he made in high school (yes, Mick went to this high school), especially with his former love.  There’s more on Mick as well as the twist (which is a classic I might add) that bring this whole episode together.  The main story is really fun. 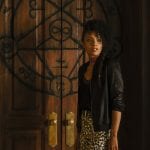 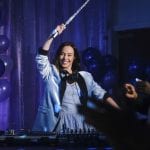 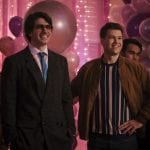 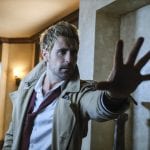 The B and C stories didn’t add too much until the last 30 seconds. Constantine’s anyway.  New Zari, despite what I said about her last week will quickly become annoying.  The sooner we have the real Zari back the better in my opinion.  Charlie, again kinda left out but part of Constantine’s part of this episode.  While we know that Constantine is going to have a big part to play, here it seemed to be nothing but filler until those last few second.

But these are little minor points.  This is another great episode of this wonderful show.  It really is a welcome relief from the more serious DC shows of the CW.  Loved seeing Nora more prominent throughout, about time.  Need to see something like this for Charlie next who seems to get forgotten about.

The slasher flick influences are all there.  Prom Night, Freddie Krueger, Halloween, Friday the 13th.  As a fan of these growing up in my teenage years, this was such a treat.

So what are your thoughts on ‘Slay Anything’?  Please let us know in the comments below or on our socials.