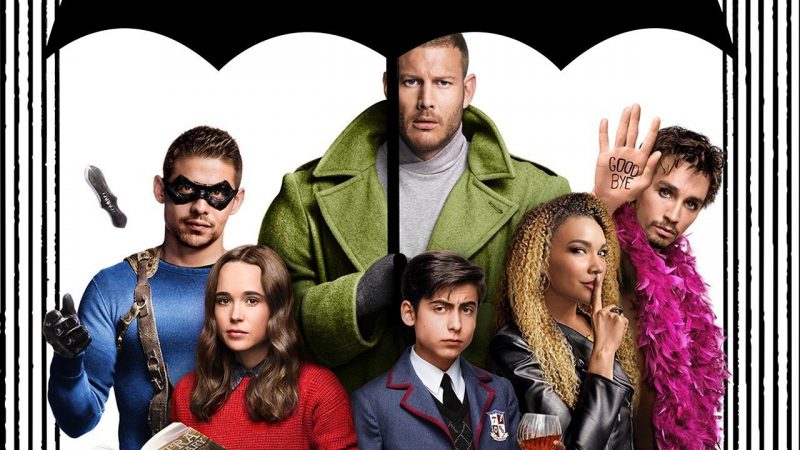 Umbrella Academy, originally a comic book by My Chemical Romance’s Gerard Way, is the new hit Netflix show that started streaming on the 15th February 2019.

But what we here at DCWorld were surprised to find out is that the comic book was influenced by one DC’s very own comic books.

It was recently revealed in an article by IGN’s Jesse Schedeen that Umbrella Academy was indeed influenced by Grant Morrison’s Doom Patrol, which is also currently streaming via DC Universe in the US.

What is The Umbrella Academy?

Umbrella Academy started off as a comic book written by Gerard Way and was released by Dark Horse Comics between 19th September 2007 and February 20th 2008.

The TV show takes a different angle to the comics, but Gerard Way still had a lot of involvement, including the theme song of the show. You can find out more about the music from the show here.

The story is based after 43 superhuman babies are born to unconnected mothers who were not pregnant when the day of the birth began. Sir Reginald Hargreeves (aka The Monocle – an alien who use’s an entrepreneur as a disguise) adopts the seven surviving children – training them to be a superhero team capable of saving the world from an unknown threat in the future, that superhero team is called – The Umbrella Academy.

Gerard Way has recently been quoted as saying that some of the character’s are based on his former band mates in My Chemical Romance too – is that a compliment or not?

The Netflix adaptation is fantastic and with Doom Patrol currently streaming too, you can see the the similarities between the two, the most obvious of course being that they are both dysfunctional superhero families.

If you are a fan of Doom Patrol then check out Max Byrne’s reviews to find out more about the epic DC show. Be sure to checkout Umbrella Academy too, now streaming on Netflix!