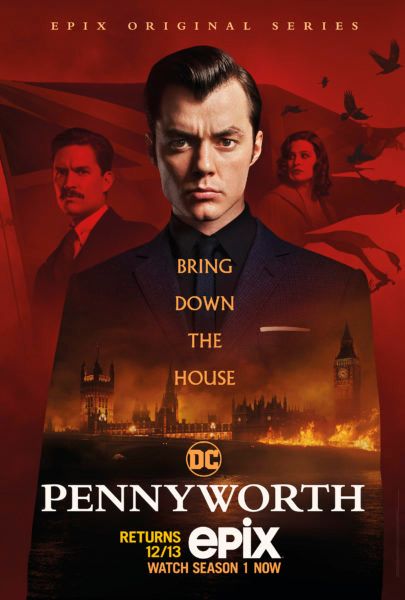 As the title of the episode suggests, there are quite a few burning bridges for our characters. 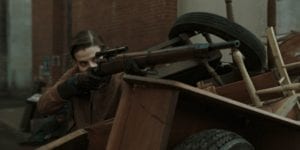 She is now Captain Bet Sykes in the Raven Union. She is an interrogator at a detention center. When a fellow officer comes in to question a prisoner with her, he undermines her. She doesn’t take it very lightly and kills him. With a tea kettle. I wonder if she got the idea from Esme who knocked her out with one? She then helps the prisoner to escape and they both walk out the prison together. 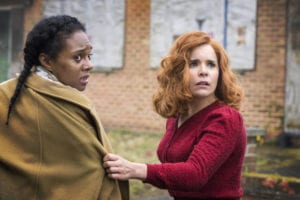 She tells the prisoner that when she explains to Lord Harwood why she did what she did he will forgive her and allow her to go back. But when she calls to tell him, she continually gets transferred from one person to another. Almost like today’s customer service calls. Except she was able to speak to actual people instead of an animated system.

The last person Bet talks to tells her “your message is received and you’ll get an answer in two weeks” and hangs up before Bet can say anything else. Is she going to be able to go back? What will she do to get Lord Harwood’s attention?

He is starting to pack his belongings for his move to America. He has enough money for both him and his mother to go. But his mother doesn’t want to go. She bursts out from anger that every time she looks at him she is reminded of what he did to his father. 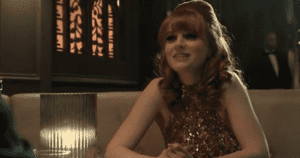 At his club, Sandra comes up to see him. It seems they have been dating this past year. She feels he has something to say, but they are interrupted. Although, when they see each other later, he still doesn’t have the strength to tell her he is leaving to America without her.

As the day continues, it seems America will have to wait. For now anyway. Alfred receives a call at the nightclub from his mother. She has been kidnapped and the ransom is $20,000. He doesn’t hesitate in getting the money together and meet with the kidnappers. When they meet, he quickly sees they are amateurs and takes over the situation. When he gets to where is mother is, Inspector Aziz jumps in without really knowing what was going on. During the commotion the money is taken by the kidnapper who calls himself Mr. X. 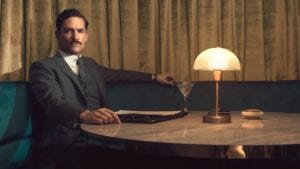 He has his orders from the CIA. He meets up with a man involved in the Raven Union. Thomas Wayne makes a deal with him to have the Archbishop taken out. How will this effect his relationship with Martha? Was his “engagement” story just a cover to keep her out of the CIA’ s reach and safe?