Gulliver Troy makes a visit to Alfred at his home. He asks Alfred to do another job. Alfred tells him no saying he’s leaving for America the next day. Troy asks him a second time while trying to make him feel guilty by pulling the rank card and the war they both fought in. It doesn’t work and Alfred tells him again he is leaving. But during their conversation Alfred starts to act differently and Troy sees it. Alfred plays it off when Troy asks what the problem is. But Troy finds his  suspicions are true when he talks to his wife.

When Troy arrives home he talks to Melanie. They play a bit of cat and mouse with the subject until Melanie comes clean and tells him of her affair with Alfred. Troy gets enraged and starts to beat her. Melanie fights for her life as she is punched and thrown around the room. She finds a knife and stabs him in the between the shoulder and neck. Then she knocks him out. She goes to Alfred bruised and bloody. As he is tending to her, he tells her she should come with him to America. She doesn’t take it seriously at first, but in Alfred’s insistence and making her realize her life is in danger does she agree. 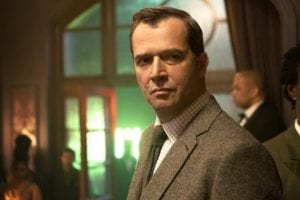 At the airport Alfred, Mrs. P, Dave Boy, and Melonie are about to board the plane. But as they are walking up to the plane Alfred hangs back. The others notice he has stopped and they turn around confused. Alfred can’t go. With a thankful Mrs. P and a confused Dave Boy, they walk back to the car. But he tells Melanie she should go. And with a tearful goodbye and a handful of cash to make a new life, Melanie boards the plane to America alone. 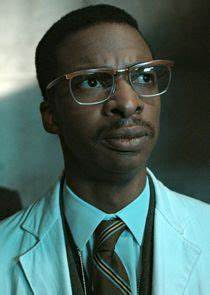 Also not deciding to fly was Thomas and Lucius. Talks of Stormcloud prevent them to leave. And it is no surprise to Martha, Alfred, Dave Boy, and Azez why they should fight for England after Lucius shows them the footage of what Stormcloud can do.