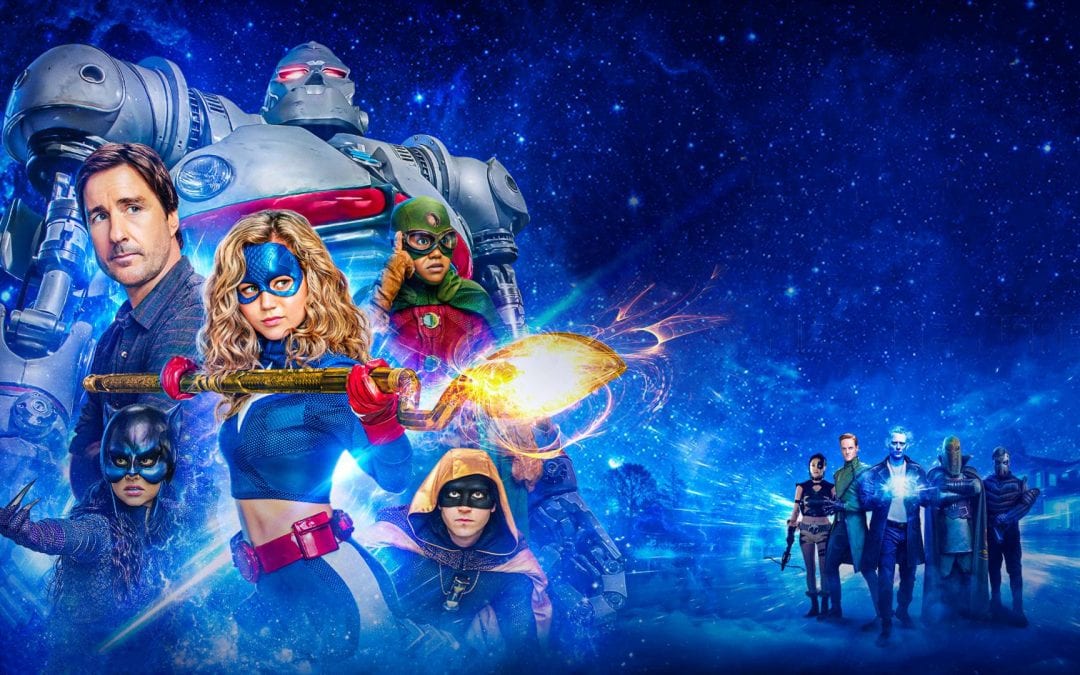 The Justice Society 2.0 embarked on their first mission this week, resulting in some gloriously OTT fight choreography and a hugely entertaining costumed debut for a pair of villainous Injustice Society members. As i alluded to in a previous review, Laurence Crock and his wife Paula are more than merely overzealous, fitness obsessed, overbearing rotters. Yes, this week saw the costumed debuts (in the present day) of Sportsmaster and Tigress. This athletic tandem proved to be the villainous highlight of the series to date, a whirling dervish of venom and high flying, high impact martial arts. Proving to be more than a match for our new heroes, despite being outnumbered. I look forward to seeing a lot more of them as the season progresses, the performances of Neil Hopkins and Joy Osmanski were pitch perfect. The costuming was slightly left of centre and somewhat homespun, but I do think it fits the overall aesthetic of the show. 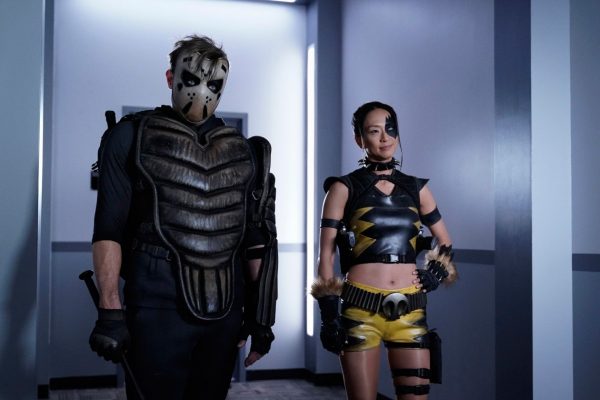 A special mention must go to Trae Romano this week, aka Mike Dugan. To date, the character has been a candidate for the most irritating onscreen sibling ever, but this week we saw a little bit more to him. Indeed, his forlorn manner at his school science fair showed the boy behind the obnoxious front, and elicited a modicum of sympathy for a character that has so far been the prototypical annoying stepbrother.

The theme of one generation blending with the next was once again very prevalent here, with Pat seeing fit to lay down the law and forbid any Justice Society activity. Luke Wilson’s performance was once again spot on this week, a mixture of exasperation and a desire to keep his family safe from harm. The forthcoming weeks should provide a nice amount of banter and pathos as the new upstarts clash with this jaded, older sidekick. A huge amount of credit must go to all the different screen writers over the season, as they have produced dialogue that is sparky and fun without being too silly. Not only that, they have managed to stack the deck with so much of the DC mythology that comic fans crave, but made this a show that is accessible to fans of all ages. The light, fun tone serves as a gateway to something a lot darker bubbling under the surface, I believe that all viewers can find something they like here. 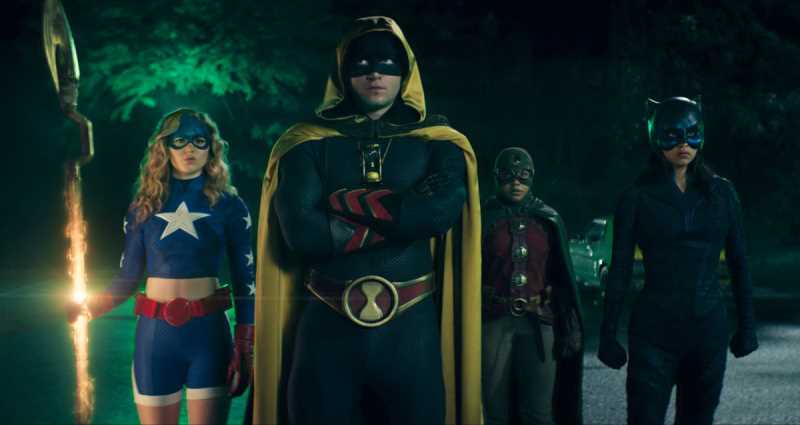 Whilst some might crave a darker show more in keeping with the excellent fare produced by the DC Universe production line ( I prefer that too), I feel they are missing the point of the show and and should read Geoff Johns’ original source material. This is a family show about hope and honouring the previous generation’s legacy. The show does have its share of shortcomings, but overall it hits the right spot. The tone and timbre of the comic book has been put onto the screen in a literal sense. Yes, there are ridiculous elements but the high concept of both the character and the show demands it.

As we reach the halfway point of the season, most of the key players are now on the board. I like the status quo that has now been firmly established between all the principal characters. What is on face value a light and superfluous show does have some more depth than meets the eye. A microcosm of that is the arch villain Jordan Mahkent, aka Icicle. Whilst he is a killer, capable of committing atrocities galore, the tragic nature of the character is being explored. A caring father and family man, devastated by grief, this is no mere cardboard cut out baddie. His journey should be an interesting one for sure.

Whilst not perfect, this was an enjoyable episode of Stargirl yet again. Honouring Geoff Johns’ original creation, being light and fun but with a darker centre, the second half of the show should be a nice continuation of what has come before. I look forward to the remaining 7 episodes and hope that they are all killer, no filler. The signs are good.