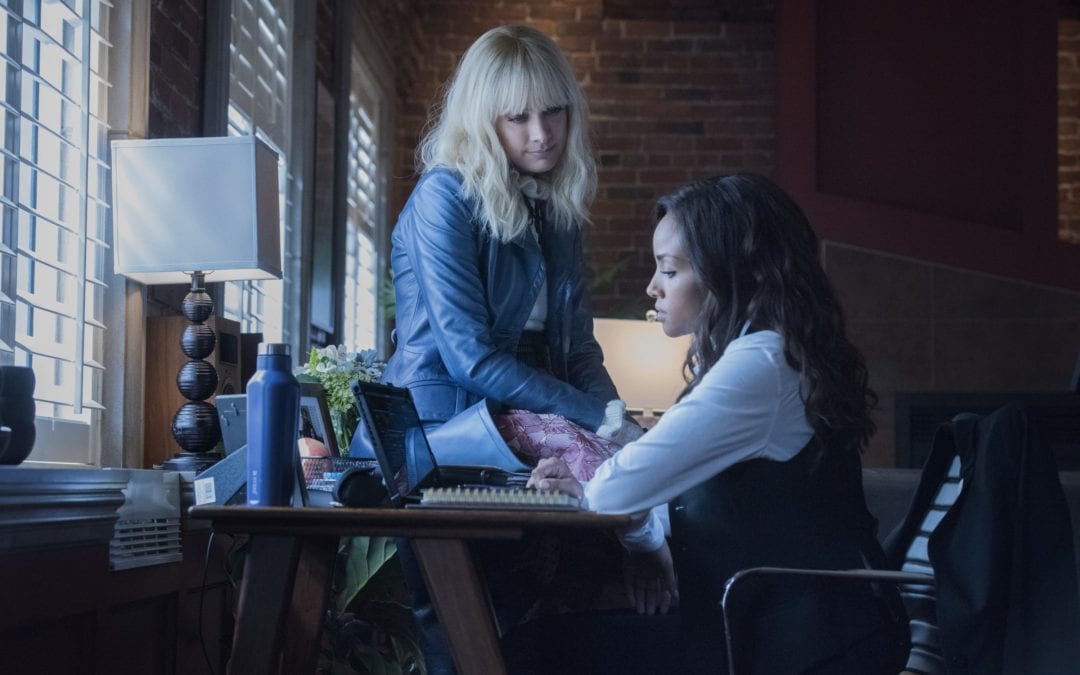 After a week off Batwoman was back this week with episode 4 which served to further dip in to Ryan’s complex background and led her to retrace some very uncomfortable steps, whilst Alice and Sophie continued in their mission set by Safiyah which will result in the safe return of Kate Kane. Or will it?

The episode starts with news that a new lethal drug has been launched on the streets on Gotham, going by the name of “Snake Bite”. After tracking down one of the dealers of the drug, Batwoman comes across a child who is desperately searching for a boy who has been missing for three months. Kate’s father Jacob holds a press conference announcing a $1m reward for the return of Kate which gives Luke some hope that she will return, Mary, however is less confident.

Ryan sets off on a mission along with Mary to track down the missing child, Kevin Johnson. After tracking down a potential location, Ryan reveals that she believes she knows where Kevin is and it is the same place in which she was kidnapped when she was young. Meanwhile Alice, Sophie and a Luke join forces to continue to hunt for the man whom Safiyah has tasked them with locating. Ryan tracks down the old house in which she was kidnapped but before she can find Kevin, her former kidnapper alongside some help take Ryan hostage and lock her in the loft of the house. Ryan is able to break free and confront the woman who kidnapped her as a child. We then move on to see that Kevin has been recruited by a gang who have hoaxed Jacob Kane in to an abandoned warehouse and the gang urge Kevin to earn his stripes by killing Jacob. But Batwoman swoops in and saves the day, meanwhile Alice reveals in a flashback that she has feelings for the man that her and Sophie are hunting down. 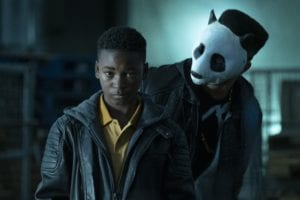 Wow! What an episode and a really great way to bounce back from a weeks break. I really enjoyed this weeks episode for a number of reasons but mainly because there wasn’t too much stuff going on. I mean it was pretty clear throughout this week that there was two storylines (Ryan tracking down Kevin and Sophie/Alice tracking down Ocean) continuing and that is absolutely fine by me. Some weeks I feel the show has a tendency to try and cram too much in but I think they got it perfect this week.

Now focusing on the storylines in solo, I really enjoyed getting to find out more about Ryan this week. I mean its been pretty clear since her introduction to the show that her life hasn’t been plain sailing and this week we got to find out that she was kidnapped as a child. But she hasn’t definitely built from that episode in her life and its made her a much stronger person today as we got to see when she came face to face with her abductor. Giving us background on the main character on this show in such a short time period is definitely one thing that this show has done really well. We are only four episodes in and I as a viewer already feel that I know a lot about Ryan, dare I say more than I ever knew about Kate Kane. Whilst the kidnapping reveal was huge we also got a glimpse in to Ryan’s sexuality which I feel the show as a whole has done a really good job of highlighting. It has been made clear that much like Kate Kane, Ryan is a lesbian and we got to see the episode close out with her former partner. I really commend the show for including this and its great to see the LGBT community represented in a show like Batwoman.

The other story as I mentioned earlier that we got this week was the pairing of Alice and Sophie in their hunt for Ocean. The pair shouldn’t work together but they definitely do and thats probably more a testament to Rachel Skarsten’s work more than anything but maybe I’m a bit biased there. Clearly both have different approaches and reasons as to why they want to get Kate back but the underlying desire to do so is making them put their differences aside and its very entertaining. 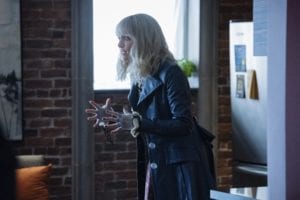 One thing that really should be mentioned was Alice’s reaction when she uncovered who Ocean was. The scene saw Alice have a flashback to a time in which she was almost unrecognisable, with jet black hair, interacting with Ocean for a brief moment but whilst brief it told us a lot about the pairs relationship. Alice clearly had feelings for Ocean and whether that was in a sexual way who knows, I mean the scene wasn’t long enough to uncover that. But there is definitely something there and that already opens up the question as to whether she will be willing to carry out Safiyah’s mission of killing him now that she knows exactly who he is.

I also loved and continue to love Mary’s desire to get involved with Batwoman as much as humanly possible. Last episode we saw her put in a compromising position but that didn’t stop her this week in wanting to track down Kevin. Mary really continues to be a standout in this show and I love the fact that she convinced Ryan to move in with her. Their relationship continues to grow from strength to strength and I am all in on seeing more of ass kicking Mary as the show goes on.

A really solid episode for me which probably benefitted from having a week off as it allowed the audience to reset and then really pay lots of attention to what was happening in this weeks episode. I can’t wait to find out more about the relationship between Ocean and Alice when we eventually get there and also am hoping we continue to get more and more background on Ryan who every week becomes more and more of a complex character but one that you can’t do anything than get behind!