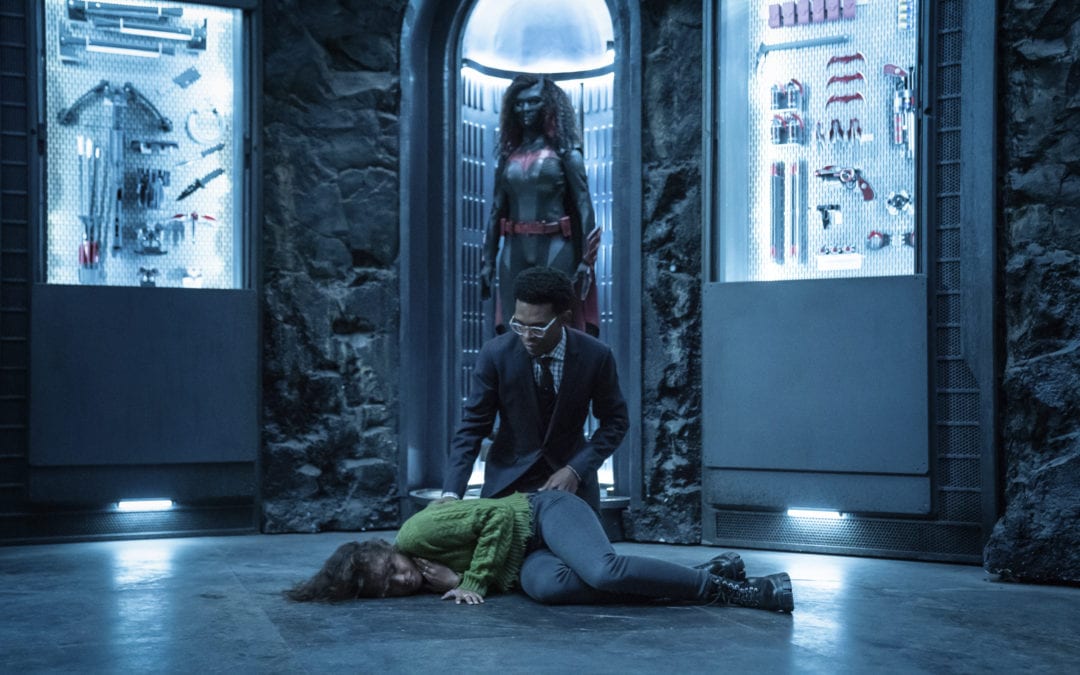 This weeks Batwoman episode saw a lot of emotion, betrayal and led us towards a clear direction for the show after a slight derailment last week.

The key focus for this weeks episode was the hunt for the elusive Desert Rose flower which is known to hold the cure for the poison that was spread a few episodes back when the Bats were released and bit a majority of Gotham residents.

The episode starts with us seeing Aaron Helzinger aka Amygdala being released from the Asylum and sent to kindap Jacob Kane and step daughter Mary Hamilton in search of answers as to where he could find the Desert Rose. Meanwhile, Sophie tells Ryan that she is looking to bring in her girlfriend Angelique so that she can find out who her supplier of the Snakebite drug is. Mary and Jacob awake in Mary’s underground clinic, a revelation which upsets Jacob given that he was completely unaware of his step daughters secret project. After a run in with some low key criminals, the pain of the kryptonite infection becomes unbearable and forces Ryan to head to the emergency room. 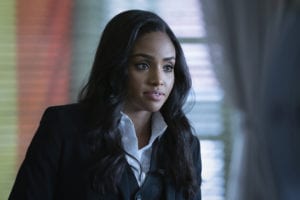 Alice and Ocean try to understand what happened to them both under the guidance of Safiyah but neither of them can recall that time of their lives. Alice calls Safiyah who tells her that it is easier to not remember anything about the man she has been sent to kill which frustrates Alice even more. After the pair fight, Alice starts to have flashbacks to when they were on the Island, seemingly getting very intimate with each other. Alice then appears to put a knife through the heart of Ocean, although we later find out that it was a decoy when Ocean walks in to the scene. When Ryan reveals the Kryptonite infection to Luke, he fears the worst and knows that the only way to save Ryan is to get the Desert Rose.

A very busy episode this week but I am definitely encouraged by the direction of the show after spending so much time focusing on the “Hunt for Kate Kane”. We now have most of the characters searching for the Desert Rose which could be really interesting when they all make their own way to Safiyah’s island to track down the flower. And all of them have their own personal reasons as to why they want to track down the cure which adds a further layer of complexity to the storyline.

I really enjoyed the inclusion of Aaron Helzinger this week who I must admit is a character of the DC World who I am not overly familiar with. But that said he made a great impression on me in the short time he was involved in this episode. We got to dive deep in to his background and uncover what it was that was causing his illness and we also saw his villainous side when he was torturing Jacob Kane. It may be a one and done for Amygdala but I continue to be impressed by this shows ability to highlight a “Villain of the week” and hope we get to see it more this season.

One of the major takeaways from this week was Jacob finding out that his step daughter had been running an underground surgery. Now this revelation did come via the way of both of them being kidnapped and so there was a lot more for both of them to focus on but I think this will see a wedge forming between the pair in the coming episodes. Jacob did tell Mary that he would be closing down her surgery and for those who have been watching the show will know how devastating that will be to Mary who really does make a difference to the Gotham community in running her surgery. This drift within the family may result in Mary also drifting apart from her friendship with Sophie who works directly for Jacob and I think that is where things could potentially get interesting. 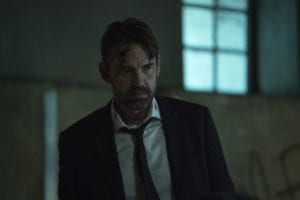 Whilst the Jacob and Mary story was probably one of the biggest this week, its also definitely worth calling out just how vulnerable Ryan looked in this episode. The Kryptonite infection as Luke said is killing her and if they can’t get to the Desert Rose it may be a short lived career for Ryan. What I think this will ultimately lead to is the coming together of the “Bat Team” with Luke, Mary and Ryan all finally having to put their differences aside and work as a group to help save Ryan. This week certainly gave us a hint of that when Ryan was forced to finally drop her guard and allow Luke to help her. This is something which I am hoping they call out next week as we see that bond continue to grow as Ryan earns the respect of Luke.

I was definitely encouraged by this weeks episode and am excited to see where things go this season. I think there is a great possibility that we see a number of characters all heading to Safiyah’s Island, which could lead to an epic showdown and I am definitely interested in seeing that play out. Meanwhile I am curious to see just how big the wedge becomes between Sophie and Jacob and ultimately how much impact that could have on Batwoman and the Crows who up until this point have begrudgingly had to rely on each other when times have gotten tough!