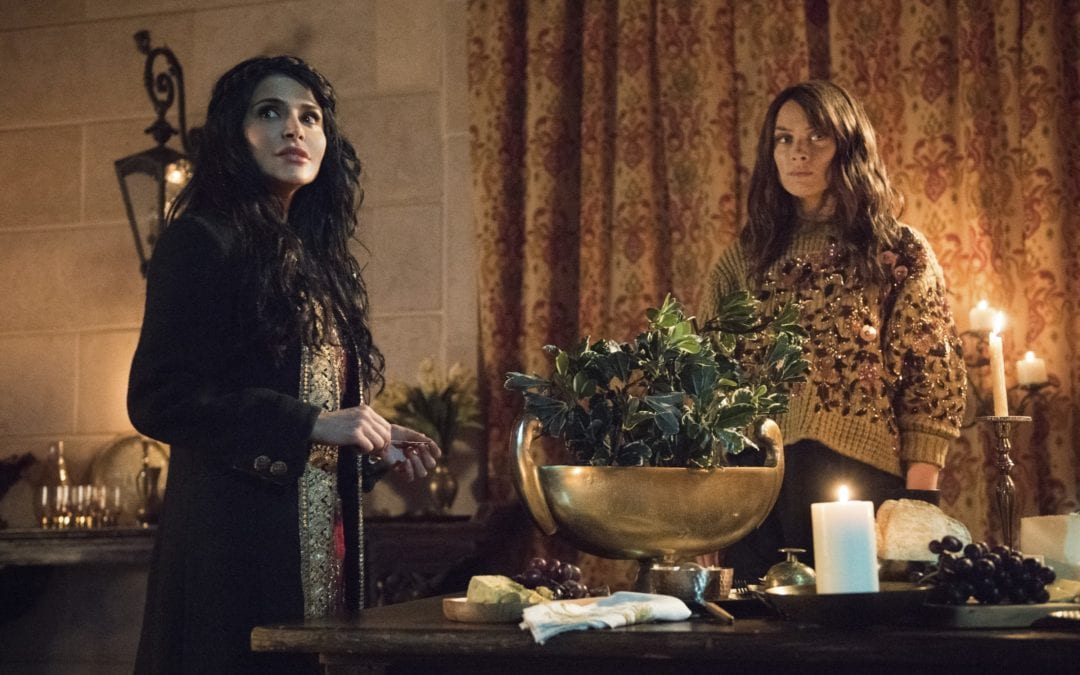 After a weeks hiatus Batwoman was back on our screens in an episode which continued to dive deeper in to the history between Alice and Safiyah and also show Ryan’s resilience and strength as she continued to battle with the Kryptonite infection which continues to cripple her.

The episode entitled “It’s Best You Stop Digging” starts with Ryan struggling to fight off the Kryptonite infection but also getting mad and forcing her way out of the Batcave in the hopes of tracking down her former flame Angelique in a hope that she can lead her to Ocean’s whereabouts. But when she arrives at Angelique’s apartment she is surprised to find that she is joined by a female friend and Angelique quickly knocks her over the balcony. Luke and Mary swarm in to make the save and take Ryan back to HQ. 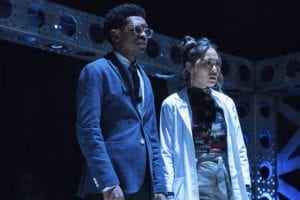 Meanwhile Alice and Ocean hatch a plan to kidnap Tatiana to find out why Safiyah wiped their memories. Tatiana reveals that Alice and Safiyah had a common enemy in Katherine Hamilton as she was the reason that the family stopped looking for Kate. She also revealed that Katherine had an interest in the Desert Rose. But more importantly she also told Alice that Safiyah wanted Alice, not just as a member of her team but she loved her and couldn’t stand seeing the relationship blossom between her and Ocean which is what led her to wipe their memories.

Ryan and Alice come face to face and Ryan reveals herself to Alice before the pair fight and whilst Alice seemingly gets the upper hand, Ryan later reveals to Luke and Mary that she attached a tracking device to Alice’s boot which will allow them to track down the location of Safiyah and lead them to the Coryana.

I felt like the week break has done us good as we were hitting a bit of a mid-season lull and this episode was a good episode to bounce back with. It was arguably the most gruesome episode of the show we have had to date also with the Kryptonite poisoning Ryan and also lots of blood being spilt, it was certainly not for the feint hearted.

“It’s Best You Stop Digging” certainly was the focus for the episode and it was good to get the full background behind the relationship between Alice and Safiyah. Safiyah has always been seen as having a hold over Alice and we got to understand why that was in this episode. I really do like the flashbacks that they sprinkle in throughout this series and we saw two sides of that in this episode which worked really well in my opinion.

The other flashbacks were for Ryan who during her battle with the Kryptonite infection, came face to face with her mother who was murdered at the hands of Alice and her gang. Leaning on the inspiration from her mum, Ryan took matters in to her own hands firstly approaching Angelique and then finally coming face to face with Alice. Whilst she lost out in both altercations, it was nice to see her able to sneak a tracker on to Alice and in doing so not completely loosing out to her. Ryan has an excuse to be loosing in fights and so I think its great that we are seeing that vulnerable side of her character. 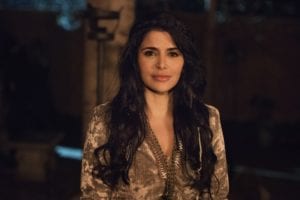 The highlight of the episode for me may have been a very small scene but Luke and Mary bickering over who was going to ride the Batmobile back home after they had picked up Ryan was lowkey one of the highlights of the season for me. Mary insisting that she got to drive the Batmobile was a brilliant moment and certainly bought a much needed level of comedy to an otherwise very serious episode.

A solid bounce back for Batwoman this week which saw all characters take another step forward towards the ultimate showdown which is arguably due to happen anytime soon on Coryana. I am expecting that to be a hugely monumental episode in this series and can’t help but think we are only a week or so away from that. Its definitely something I can’t wait to see play out and am just hopeful that Ryan is up to full health when she finally gets there as I’m sure she won’t just have Alice to contend with!