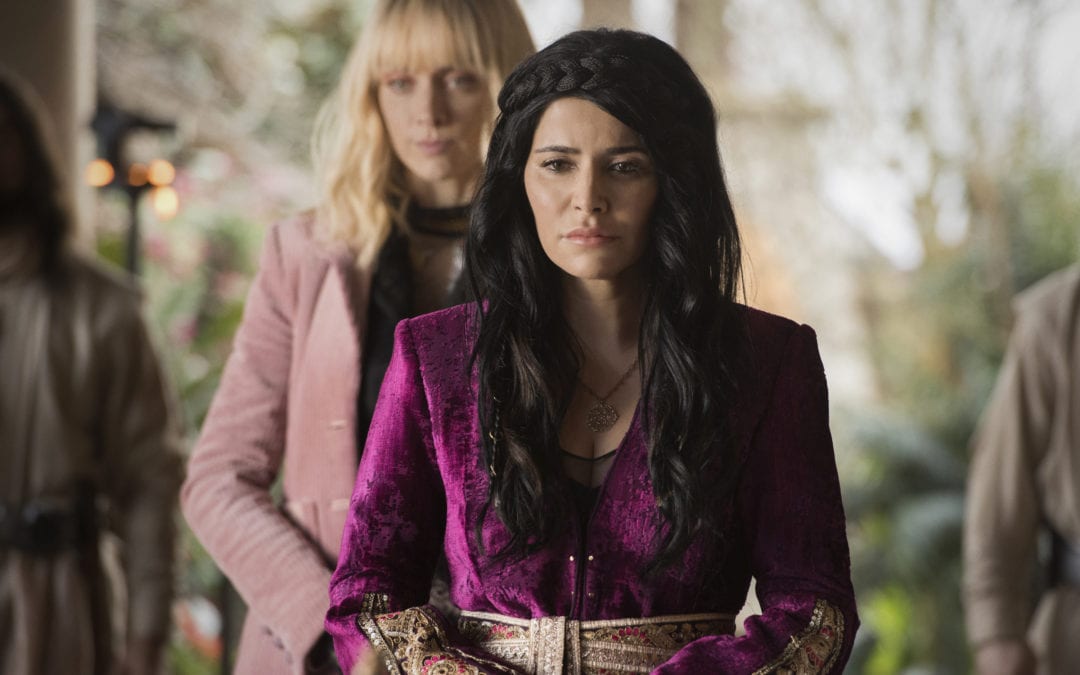 The penultimate episode of Batwoman Season 2 delivered big time and certainly made it worthwhile for all fans of the show to have invested their times in what is turning in to a great show for the DC Universe.

“Survived Much Worse” featured betrayals, surprise appearances, huge plot twists, the death of a major character and so much more that I genuinely couldn’t of been happier with how it turned out!

So before we dive in to my thoughts on the episode lets give you a quick run through of what happened in arguably the best episode of Batwoman to date! 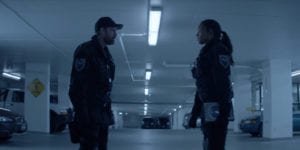 We start off with Ryan and Alice both describing their notes which they are putting together to Kate, both with very different messages. Ryan’s talks about finding her purpose as Batwoman whilst Alice’s note talks about killing her. Ryan takes an adrenaline shot which she is using to get her through the mission to get to her to Coryana so that she can get the Desert Rose and save herself from the Kryptonite Infection which is slowly killing her.

Meanwhile Luke catches up with Sophie and relays the message that Batwoman is slowly dying and they need to get the Desert Rose. Sophie along with Jacob Kane make their way to Coryana but just as they start the pair are jumped by Safiyah’s henchman and kidnapped. Ryan takes flight onboard of an aircraft in an attempt to land on Coryana but its not until she is airborne that she comes over with a huge fear of being onboard the plane.

Alice comes face to face with Safiyah on Coryana and presents her with the body of Ocean which Safiyah had requested. But in true Alice style it isn’t actually Ocean, it is someone else donning a mask and so Safiyah instructs that Alice be locked away. Meanwhile Ryan finally jumps out of the plane but once she lands on Coryana she is quickly overpowered by the sheer amount of Safiyah’s guards and is locked up with Alice. Before she is locked up though Ryan is able to tell Coryana that the Ocean laying on the table isn’t the real Ocean and that Alice was using an imposter to trick her. 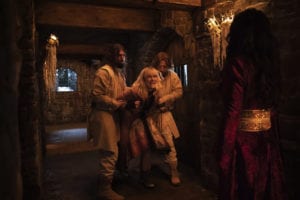 Safiyah then summons Alice out of the cell as she has found and bought the real Ocean to Coryana and gives Alice an ultimatum. Does she want to save Ocean or save Kate? Alice takes a knife from Safiyah and puts it through the heart of Ocean. Safiyah then reveals that Kate was killed which leads Alice in a rage but she is again marched off to the cells. After a struggle she breaks free of the guards and sets fire to the fields of Desert Rose.

Back in Gotham one of Safiyah’s guards turns up to attack Luke and Mary but the pair overpower her before Mary smashes a glass over her head. She just begins to regain consciousness when Julia Pennyworth turns up and takes her out.

Safiyah brings back Ocean from the dead as the knife that Alice used to stab him was covered in Desert Rose and then Safiyah questions Tatiana’s intentions. Tatiana seemingly out for herself tries to plea with Safiyah but Safiyah stabs her and leaves her for dead. Sophie and Jacob are able to break free and Sophie finds Ryan who is dying in front of the fields of burning Desert Rose. She calls Luke who has a Desert Rose in Gotham and urges for Sophie to bring Ryan to him as soon as she can.

The show ends with a close up of a seemingly still alive Kate Kane donning her red necklace which all but confirmed that it was her! 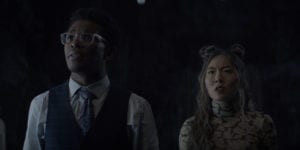 Oh my god there is so much going on in this episode that I genuinely don’t even know where to start! Well let me just start by saying thank you! Thank you to the directors of this show for giving the fans what they wanted. I must admit I had feared that this eventual build was going to be underwhelming but I was more than pleasantly surprised with what we got in this episode.

The show has been building and building for weeks upon end to this and to have it play out like this was incredible. We didn’t get a huge fight scene with all sides jumping in but what we did get was so much more. So first up lets deal with the fact that Kate Kane is still very much alive, well if you are thinking along the lines of me anyway! Safiyah cut deep with Alice revealing that she was dead but as the last scene of this episode alluded to it appears she was left for dead but is more than likely to still be alive. News dropped that Ruby Rose will be replaced by Wallis Day and from a timing perspective I think that is going to play out great. We don’t need to see Kate Kane anytime soon and so by the time we do get the reveal of a new actress portraying her it will be all the more better. I love how they have managed to keep the character involved and I am excited to see how it will play out with Ryan seemingly still very much the forefront of this season.

Next up we have to address Ryan. Will she make it to the final episode of the season? Will Sophie be able to rescue her? This episode really showed off her fears but more importantly how strong she was to overcome those and fight through everything that was thrown her way. They have done a great job in building up just how strong Ryan is in these last 8 weeks and I hope that it isn’t the end for her as a character in this movie to make way for the returning Kate Kane.

Safiyah may have lost a lot in this episode in terms of all of her precious Desert Rose plants but she was still able to cut deep with Alice and also show her ruthlessness in killing Tatiana, whilst also maintaining her control over Ocean. Physically she isn’t a force but her character has such a phycological edge over people which is seemingly more dangerous than a physical presence. 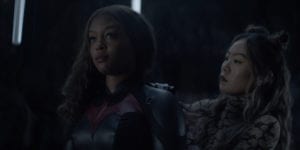 Luke and Mary welcomed a returning Julia Pennyworth to the Bat-Team and I think she is a great addition. Whilst the duo were able to overcome one of Safiyah’s guards they never really had full control until Julia turned up and showed just how much of a bad ass she is. I think I mention it in pretty much every review but the pairing of Luke and Mary really do make this show even more brilliant than it is.

I have covered a lot in this review but I genuinely don’t think I can do this weeks episode enough justice so for any fans of Batwoman I would urge you to hunt down the episode and make sure you watch it. We head in to next weeks finale with a lot of questions answered but equally a lot of new questions to be answered and I cannot wait to see what direction we go in. I  am hopeful that Ryan is at least on the path to recovery next week but given its the last episode there is a huge chance that we get left with a cliff-hanger ending. All I can say is roll on next Sunday!