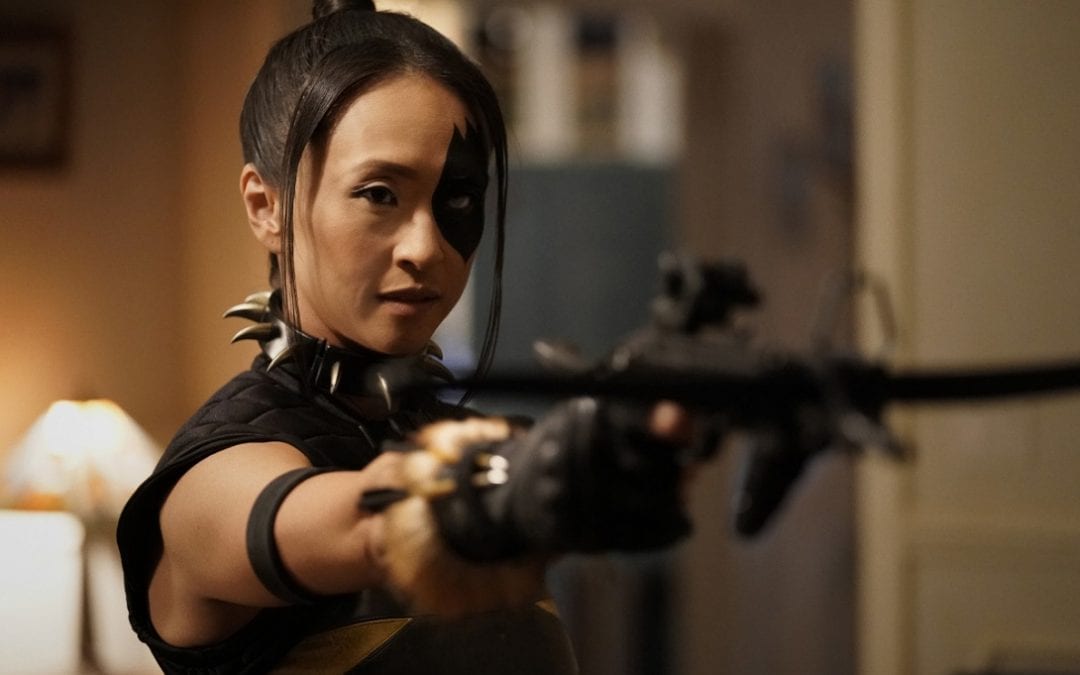 So here we are, the penultimate episode of the wonderful first season of Stargirl, which does a masterful job of moving all the pieces into place for the season finale. “Stars and S.T.R.I.P.E. – Part One” is much more than a place setter of course, as there was so much meat on the bone to be found within its running time. Revelations, villainous infighting, brutal fights and an ingenious use of a power drill. All that and more besides was on offer for the viewer to enjoy. Throw in one hell of a cliffhanger and it all adds up to yet another top class episode.

I’ll be honest, I wasn’t chomping at the bit to absorb this show when it was announced. But I have to say, it has become my favourite current comic book tv show. A huge cut above anything currently on offer from the Arrowverse, this is a show made with great love and attention to detail. Incredibly referential to the source material without being a facsimile, this has proven to be an endless treasure trove of Easter Eggs and treats for DC Comics fans. References to the original Seven Solider of Victory with an accompanying picture? A live action depiction of Sir Justin, The Shining Knight? Lower tier heroes and villains getting their time in the sun? If that’s your bag, then dive in quick, before it’s too late.

As I said before, the pieces are being moved on the board at breakneck pace. It truly is all hands to the pump for our set of heroes, with even Barbara and Mike jumping into the fray and getting their hands dirty. With the sadistic Sportsmaster and Tigress charged with hunting and killing the Dugan family, it is the cue for all manner of fisticuffs and desperate measures to keep the baddies at bay. Without the luxury of his S.T.R.I.P.E armour to help him, Pat’s days are seemingly numbered, but with a well positioned power drill, Mike proves to be something more than the archetypal annoying stepbrother he has thus far been depicted as. 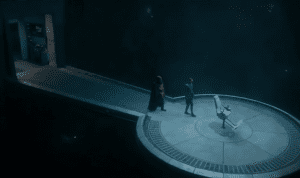 One little issue with the episode was the diabolical device employed by the ISA to enslave the minds of half the country. Pictured above, it certainly looks very familiar. People that have watched the X-Men movies over the years will no doubt be familiar with the design….Cerebro anyone? Whether a deliberate pastiche or not, it is slightly out of place for such a vibrant and fresh looking show to go down a previously explored route, but I guess it helps to convey the nature of the device.

As we roll into the season finale, there are so many questions that are waiting to be answered and hopefully we will get those answers. Will Sir Justin suit up and be reunited with his trusted steed, Winged Victory? Will the ISA be wiped out and we start season 2 with a ISA 2.0 made up of their various offspring? Will there be any casualties amongst our heroes? Is there any chance of a resurrection for the original JSA, last seen in the pilot episode? Based on the high standard of the show throughout the season, I think the balance will be struck just right between a satisfying ending and leaving us on the hook for season two. Roll on next week for “Stars and S.T.R.I.P.E. – Part Two”….