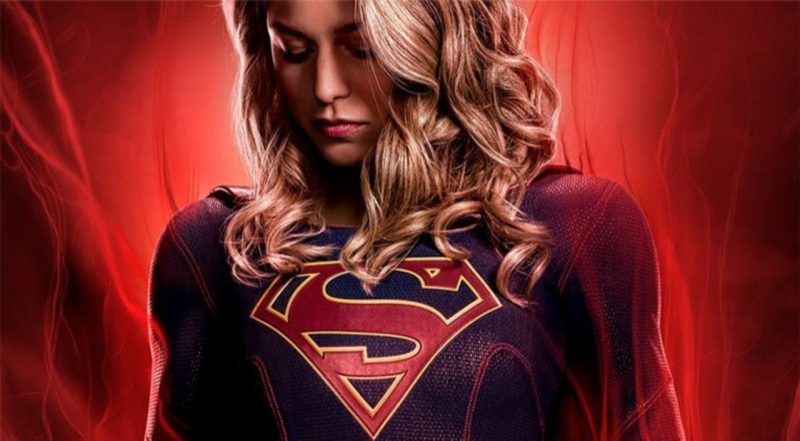 Official synopsis “As everyone gathers for Thanksgiving, Kara is feeling down after her televised debate with Ben Lockwood; James and Lena argue about the best way to handle the Children of Liberty.”

Supergirl kicks of thanks giving with a bang this week as we jump straight into the action with the return of Manchester Black.  Wearing his trade mark union Jack t-shirt from the comics, Black prevents a hate crime going down in Midtown park with the children of liberty continuing their relentless reign of attacks on aliens that we witnessed in last weeks episode Parasite Lost

The children of liberty have officially announced themselves to the world and as Supergirl and Alex take it to Col. Haley she stops them in their tracks pointing out it’s the FBI’s job to stop a human hate group.

James and Lena’s relationship is being tested as they disagree on the approach to tackle dealing with Agent Liberty. Lena is pushing James to go on national TV and denounce the actions of the terror group when James wants to get closer to the group and bring them down from the inside. This Is a dangerous story line and I’m hoping that James doesn’t get too close to Ben Lockwood and start sympathizing with the children of liberty.

James decides to go against Lena’s wishes and he goes to meet with the children of liberty and has Kara fill in at the TV panel show. Kara enlists the help of Nia Nal who announces she suffers from Narcolepsy when we find he asleep at her desk again. We are still waiting to see if Nia will become Dream Girl this season but there have been glimpses that Brainy knows who she is, or knows a relation of hers in the future.

Meanwhile Manchester Black has a child of liberty tied up in his bathroom while he is tortured for information. Simultaneously Kara is live on national TV in a debate with Ben Lockwood discussing the pros and cons of Aliens on Earth.

All of team Supergirl, Manchester Black and Nia Nal sit down for a thanksgiving dinner and all is going well until they discover the children of liberty’s plan of attack. Using sniffer dogs and infa red technology we learn that the Children of Liberty have marked the addresses of alien’ s and at sundown a mass attack on said properties will commence. This sends our heroes of in different directions to try and prevent these atrocities from happening.

During the final showdown we see Manchester Black fighting back, a fire fight between Supergirl and a dragon but the highlight for me was Brainy beating up a group of children of liberty as he put it “Using physics”

Col Haley finally agrees with Alex and makes the children of liberty a priority for the DEO, Lena has a break through with her lab testing and finds a way to make the human heart invincible and moves towards human testing. The question is who will she use? Will she convince James to become super powered? Is this how Manchester Black gets his powers? Or could this open the door for Lex’s entrance to the show? Actor Jon Cryer has now been announced in the role which means it can’t be long before we see Lex Luthor’s first appearance in the Arrowverse, most likely after the cross over event Elseworlds which is only 2 weeks away.