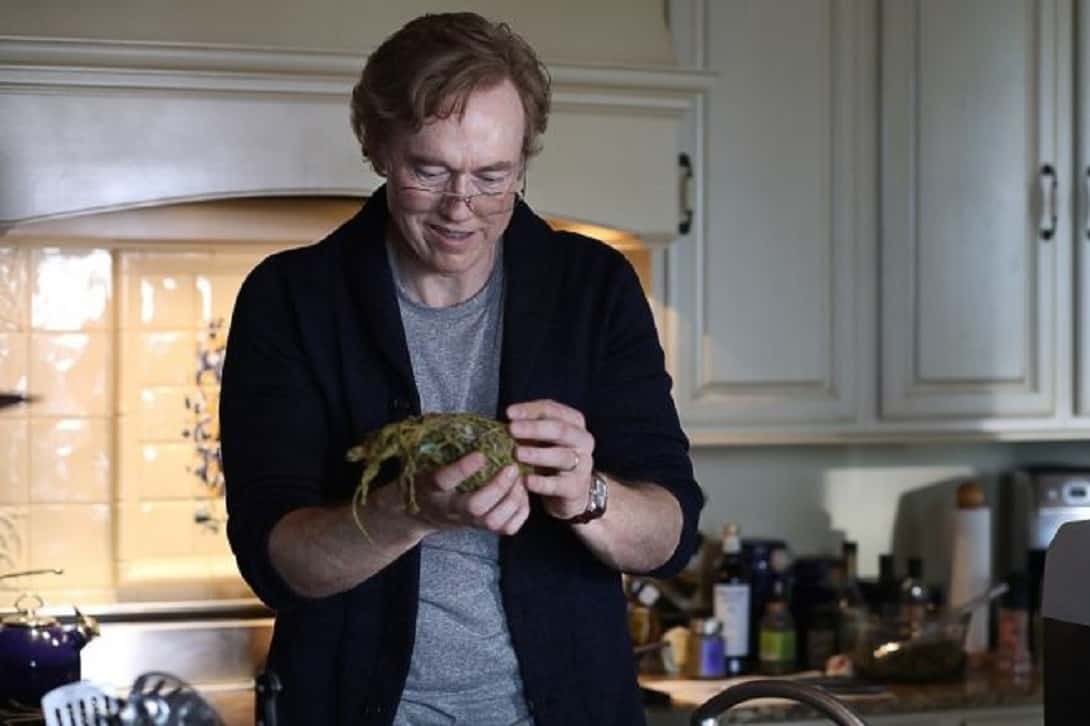 Writers – Erin Maher & Kay ReindlFarewell, adieu, parting is such sweet sorrow. Yes, the final episode of Swamp Thing has been and gone. After a 10 week run of high quality, riveting episodes, it is no more. With such an apt title, “Loose Ends” was the show’s attempt to tie up the disparate story strands and leave the audience with a sense of fulfilment. Did it succeed? Yes and no. A victim of circumstance, having had its initial 13 episode run cut to 10 in such an abrupt fashion, it is nothing short of a minor miracle that the cast and crew managed to produce a series this good. Having been made with one arm proverbially tied behind its back, the show has consistently hit such great heights, but was always going to struggle to pull everything together by the time it was due to conclude.

So, what did we get here? Well, a mixture of certain characters having their story arcs completed, with others left hanging on for more. If there is a way back for this show on another platform, then the story threads have been left there ready for any new iteration. This reviewer has everything crossed for some kind of resurrection, but more in hope than expectation.

Anyway, the episode itself crammed in a lot of stuff, picking up from last week’s revelation that Alec Holland is in fact dead and the creature is some form of avatar, with his memories and personality intact. In a run of episodes where he has hit several high spots, the performance of Derek Mears as Swamp Thing was something to behold. Able to emit pathos and emotion despite his gargantuan costume, Mears truly has been a prime asset to the show, bringing the character to life through movement and psoture. So too, has Crystal Reed in the sometimes thankless role of Abby Arcane. Very much a character that serves as the audience’s eyes and ears regarding the events in Marais. Reed has been a great lead performer, her relationship with Swamp Thing/Holland made very believable despite the often ridiculous nature of it. The way the series ends certainly sets up the prospect of a future team up between the characters against the “darkness” that is coming to Marais. Shame we probably will never see it…

It wouldn’t be an episode of the show without a dash of gore and this week was no exception. With Ellery leading a strike team of Conclave mercs into the swamp to capture the creature, including genre favourite Jake (son of Gary) Busey, events were due to take a very sticky turn. A particularly strong stomach is needed for the demise of Busey’s character, with each team member meeting their maker in typically gory exchanges. In keeping with the theme of what might have been, the sparing of Ellery could have lead the way to various Swamp Thing/Conclave face offs in a second season, with all manner of hunters coming for a go at our titular hero. Alas, we have to be grateful for what we got, which was more of a chapter ending with a view to another chapter following it, rather than the closing of a book.

The two defacto villains of the series each got closing moments that were very much at opposite ends of the spectrum. First, Avery Sunderland, played yet again with despicable charisma by Will Patton. Seemingly putting his house in order by ridding himself of the two women in his life (poor Maria, she deserved better. Lucilia probably got what she deserved in a way), Sunderland would appear to have met his eventual end by way of the green flu, as all of his sins have come home to roost. A painful death would probably be appropriate for such an atrocity of a man, as he has brought suffering and misery to all he comes into contact with. A great screen presence, Patton has been a great boo hiss villain for the show and will be greatly missed.

My favourite character of the entire series is undoubtably Dr Jason Woodrue, played magnificently by Kevin Durand. The absolute highlight of the show, Durand has chewed the scenery when needed, but has displayed real emotion too when faced with the gradual deterioration of his wife, which served as his initial prime motivation in all he did. The gradual descent into madness has been expertly performed by Durand, moving Woodrue from an arrogant scientist into a stone cold nutter. The scenes in this episode were chilling, as an almost Lecter-esque Woodrue cooked up a delightful storm in the kitchen with Swamp Thing’s organs. Laced with tension and a dose of black humour, the scenes are must watch tv. All viewers must stick around until the end of the credits for a bit more of the good doctor, as we finally get our first and only look at The Floronic Man. With an interesting costume that makes the character look like a cross between The Creeper from Jeepers Creepers and Tim Curry’s Darkness from Legend, it was a bit of a departure from the source material but still very striking stuff indeed. A fitting end for the character in keeping with the comics, it is a shame we never got to see him physically face off with Swamp Thing, in what could have been a fight for the ages.

Overall, Swamp Thing has been a real treat. Loaded with references and characters designed to please long time devotees and written in a way that allows new fans to jump straight in and enjoy it, the show has felt like a real cut above the usual television comic book fare. Adult-oriented and at times horrific, each episode has felt like a sharp dose of taught storytelling working with great direction and performances. If we never see it again, then we will always have these 10 excellent episodes. In a lot of ways, the show covered more ground in this short run than some shows cover across multiple seasons, with very few wasted minutes of air time. The characters and mythology have been treated with their due reverance and care, leaving the fanbase satiated with the creation they got to enjoy, but we all still want a bit more. Over to you DC……