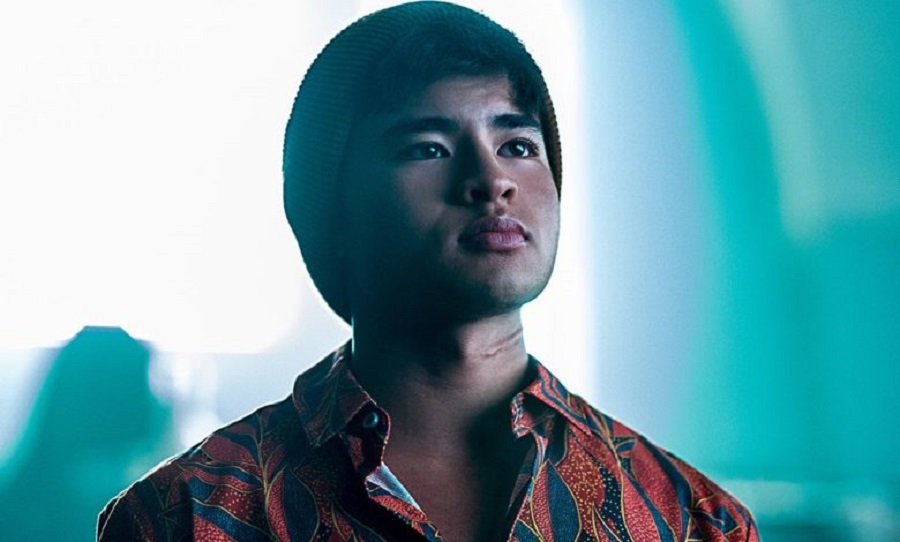 Finally, the root cause of Slade Wilson’s vendetta against the Titans has been put front and centre, as Jericho firmly put the viewers in the picture regarding the tragic events of the past. After a series of hints regarding the assumed demise of Slade’s son Jericho and Dick’s guilt for his perceived part in it, the full story was finally told this week. A combination of great storytelling, excellent performances and a healthy dose of the fisticuffs that Titans does better than most, all made for one of the best episodes of the season to date. Setting all the plot back in 2014 may have sidelined series mainstays like Kory, Rachel and Gar once again, but this was most certainly a story worth telling.

As the title of the episode suggests, the plot all centred around Jericho, played beautifully by Chella Man. Quite a departure from the depiction of the character traditionally seen in the original source material, Man’s performance was certainly effective. A quietly charismatic screen presence, his screen time allowed him to display a nice range of emotions. From wide-eyed excitement when integrated into the team, to repressed anger and resentment towards his erstwhile father’s true nature, it was a fantastic display. If it is true that he may not be seen again in the show (I personally feel that his powers may have provided a back door way for the character to return), then he has certainly left his mark.

Proof was provided once again that Esai Morales is the definitive Slade Wilson, in any medium. The perfect fit for the character, his range was displayed this week. Of course we got a liberal helping of Slade the unstoppable, cold killing machine, dispatching an endless supply of cannon fodder whilst chewing on a Golden Delicious. But, more significantly, the dichotomy of the character was portrayed via his family interactions, more specifically the love and protect at all costs attitude towards his son. The interactions between Morales and Man were touching yet tragic, as the sense of foreboding weighed heavy over the flashbacks. The character of Deathstroke has always been a dual-edged sword of a man, and this depiction is pitch perfect. In Morales, the showrunners have found somebody that ticks all the boxes. Age appropriate, the right look, convincing as a lethal killer (poor Jillian) but above all, a very good actor with range.

Speaking of which, Brenton Thwaites was a key figure as Dick’s stubborn nature and vendetta towards Slade ended in tragedy and the disbanding of the team. Not being able to see the wood for the trees has been Dick’s undoing this season, as his obsessive need to solve everything his own way has come back to haunt him at every turn. The lower you sink, the higher the climb towards redemption, so the inevitable rebirth as Nightwing at season’s end will undoubtedly be a punch the air the moment. One was most certainly provided by the sight of a Robin/Deathstroke fight to the finish, it still staggers me that we are living in an age where we can all get to see such treasures depicted in live action so freely. A hugely effective fighter, the way that Dick was constantly outmatched was telling. One feels that a huge team effort is going to be required in the season finale to put Slade down. Any chance of an assist by a certain Caped Crusader?……

In a series that constantly hits the high notes like prime-era Montserrat Caballe, Jericho was a hugely fulfilling string to its loaded bow. With only 5 episodes remaining for this run, the pieces are starting to all fall nicely into place for a thrilling home straight. With so many characters, there is a hell of a lot to fit in over the next few weeks. DC Universe has produced such a rich tapestry that whole episodes can be dedicated to one character and we don’t feel shortchanged. With the forthcoming episode being titled Atonement, there will certainly be some paths to redemption being trod by more than character next week…