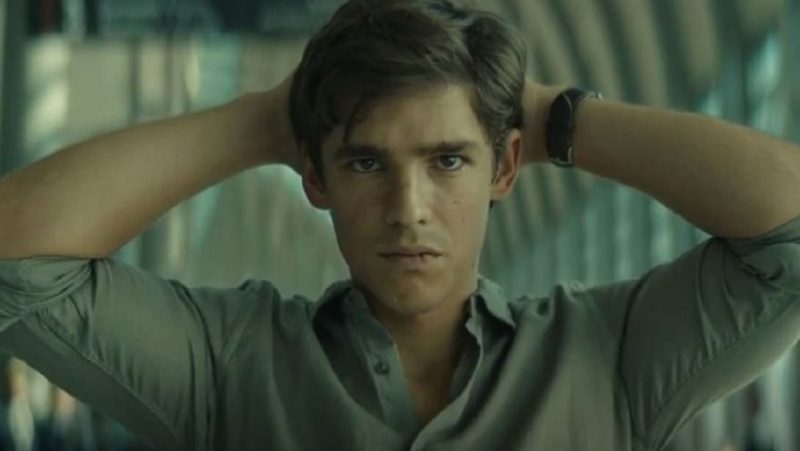 This week instalment of Titans was probably the most low key and moribund episode of the show to date. After the explosive and revelatory events of last week, “Atonement” was much more of an introspective and reflective episode. The aftershock following the earthquake, if you will.

Following Dick deciding to confess all to the team, the line-up is now obliterated, seemingly beyond all repair. For probably the first time this season, Dick has been presented in a very unsympathetic light. It is testament to the acting prowess of Brenton Thwaites that despite that, he still managed to illicit a bit of audience empathy. It did feel as though his visit to Adeline Wilson was a bit self-serving, rather than an attempt to give her closure regarding the death of her son. It almost felt as though he wanted her forgiveness first and foremost, as a sort of vindication and atonement for his actions and mistakes. The fact that he was most definitely given nothing of the sort only helped to compound his anguish, leading to his deliberate arrest at the end of the episode. This form of self-flagellation was extremely effective, as Dick is now presented as being at his lowest point, his very own rock bottom, the fall before the rise.

The presence of a wounded Slade at casa Wilson lead to a tension-heavy, threatening exchange between the two adversaries. With both of them having blood on their hands regarding Jericho’s death (if he is dead, that is), the mutual hatred was dialled up to eleven. With relations now at a point of detente, in so far as Slade considers their feud put to rest, unless the Titans ever reform then he will promise to kill everybody, then one does wonder where it can go from here. With Slade not actively trying to go after them, and the team scattered to the four winds, what will lead to the inevitable reformation and a further smackdown with Slade? I do hope the writers haven’t painted themselves into a corner, narratively speaking, but time shall tell on that one.

Levity was provided in the form of Gar and Conner and their brand new bromance. Left holding the (super)baby at Titans Tower, boredom was really well framed by the Groundhog Day-esque editing, with Elvis Costello providing the soundtrack. With Conner’s completed recovery giving Gar a new playmate, some nice comedic touches were added over video games and punchbags. Although, the tantalising mention of Superman coming to see Conner had this jaded fanboy very excited, only for Gar to ruin it for me by decided not to call Bruce Wayne and fill him in on the situation. Hope springs eternal that the Man of Steel will make some sort of cameo before season’s end, akin to Bruce’s appearances in season one at least? The sticky situation that Conner found himself in once the new BFF’s took to the e streets will provide some interesting drama moving forward, as he will have a hell of a job on his hands to fit into the theme of atonement, especially in the eyes of the San Francisco PD.

As Rachel, Donna, Jason and rose effectively departed the episode early on, the remaining focus was on Hank and Dawn rebuilding their lives back in Wyoming, and Kory back in contact with Faddei, the Tamaranean sent to bring her home. The Kory/Faddei stuff felt a little superfluous. Not in the sense of her character and where she comes from, but in terms of it detracting from the main plot and seemingly setting Kory on a path that will take her out of the main story again, a bad tactic for a character that has already had limited screen time this season as it is. As she was one of the few characters that wasn’t furious with Dick following his actions, it would have been nice to see the two of them grow close again, as their intimate relationship of season one appears to have been almost swept under the carpet in favour of other plot lines, which I feel is a bit disappointing.

Hank and Dawn has probably their most meaningful screen time of the season, as the two damaged characters started to implode. Despite it’s somewhat cringe worthy nature, the karaoke scene was a nice bit of fun (who knew Hank had such a set of pipes?) to start off with, but old wounds do tend to open up when given a chance. Where the two of them go from here remains to be seen. As two very different, wounded animals that are as equally better off apart as they are together, the future for Hawk & Dove is very much up in the air. Hank’s dangerous looking downward spiral does cast a cloud over the character’s future. It could be the case that this pairing may not make the cut for season 3, one way or another. I hope atonement is in the cards for Hank, as Alan Ritchson has done a great job delivering a complex, layered character to the live action screen.

Overall, “Atonement” was a good episode. Not great, but very, very good. Perhaps it suffered by comparison to the two previous episodes which were as good as it gets. For a show that has consistently hit the highest of heights, it was still a very solid slice of storytelling. With only a handful of episodes left in the season, there is a hell of a lot of ground left to cover. We haven’t been let down yet, so I feel as though the next few weeks should give us what we all want. Let’s be ready for episode 10 and what is yet come….